Too ‘Taboo’ for you?

The latest gritty offering from the BBC and FX has been a great success, and a star-studded cast has ensured that Taboo has earnt its place among the best shows 2017 has seen so far. Tom Hardy plays the suitably brooding James Keziah Delaney, who returns to 1800s London after the death of his father, to reclaim and rebuild the family shipping empire. His intentions are met by opposition from both sides of the Atlantic, and Delaney finds himself in the middle of a war between the British Crown, the newly-independent United States, and the all-powerful East India Trading Company. 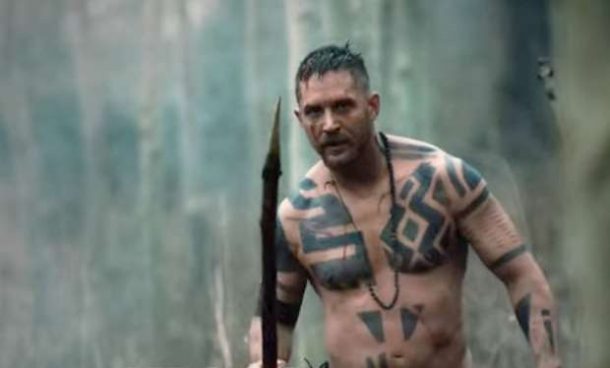 A cast of hugely diverse and interesting characters has helped ensure Taboo’s success, as has a remarkably unique plotline. The viewer is kept guessing right until the very last episode, which manages to tie each-and-every convoluted thread of storyline together into a neat (and extremely satisfying) final package. It ends as you might expect, but still manages to keep it suitably fresh and interesting.

Other shows like Peaky Blinders have increased interest in the grimy underbelly of society in recent years, and Taboo is no exception; prostitutes, murder, and political intrigue are commonplace in Delaney’s world, and the plot-twists are enough to give you whiplash.

Taboo brings one extra thing to the table though: an element of the supernatural that is as unsettling as it is confusing. It’s plainly clear that Delaney’s mother is supposed to have been a witch/shaman of some kind, though its purpose in the plotline of the show itself seems to be little other than to unsettle other characters, and make Hardy’s character a little more mysterious.

The characters of Taboo are as well-crafted as the setting and storyline. Each initially seems to fill a period-drama trope, but throughout the series they manage to shatter their own stereotypes and flesh out into their own characters. Perhaps the most cliché is Delaney himself, as the brooding anti-hero that Hardy plays so well, but that doesn’t keep him from being an interesting character with plenty of dark secrets of his own.

Perhaps my only critique of Taboo is the gore. I’m not squeamish at all, but at times it just felt like an unnecessary addition included simply for the shock factor. The only explanation given for Delaney’s gruesome penchant for butchery is a rumour of cannibalism that hovers for the first few episodes then vanishes without another mention; otherwise the viewer seems to be left to assume that the Delaney does the damage simply because he wants to.

Taboo seems to favour gruesome deaths, and after each one I found myself asking if the spilled guts or Hannibal-esque displays of corpses were really necessary. That being said, it does add another layer of intrigue to Delaney’s character, though that could have been achieved without the somewhat overenthusiastic tableaux of gore.

Verdict: Taboo is one of the best original series I’ve seen in the past few years, and I’m perfectly happy that it has been renewed for a second series next year. I’m a little confused as to where they’ll go with the next series – a confusion you’ll understand if you’ve seen the finale – but it promises to be great no matter what they do. And who knows, perhaps they’ll finally answer some of the bigger questions the first series generated?

Media Sourced from The Independent and Radio Times

Impact on the Campaign Trail: Day 3

The Week in Live Music: Seafret, The Pigeon Detectives and Jay Prince