The first thing you should probably judge a food establishment on is their food, and I’m gonna lay a spoiler warning here: this review will be a recommendation for Dolcino!

So let’s get into it! The first thing we sampled was the waffles, topped with chocolate syrup, ice cream and bananas; so far so standard. The waffles are raised higher by being freshly made, with a good consistency and just sweet enough to not be overwhelming.

We at Impact tried many of the flavours there, including the caramel, the pistachio, and the chocolate sorbet (which we didn’t even know was a thing). The gelato was so creamy! It’s light too, which is apparently due to the slow whipping of the ingredients over long periods of time, allowing for comparable levels of texture to a Mr Whippy ice-cream (often times even better, because sometimes Mr Whippy is frozen so quickly it grows noticeable ice crystals) but without the reliance on added fat!

The flavours are from completely natural ingredients, so the hazelnut gelato? Simply hazelnuts that have been pulverised into a paste! The chocolate sorbet is perfect for chocolate lovers who aren’t lovers of chocolate calories, because it’s just pure cocoa with water and egg whites. It is bizarre, because it captures the essence of chocolate without being particularly sweet. If milkshakes are more your deal? They have a range of over the top “freak-shakes” that should scratch any itch you have.

“His values are those that I would associate with any well-meaning food business: to produce natural, artisan food with traditional methods”

You can immediately see the history when you step in, as you’re greeted by framed photos from Italy, the vintage bicycles and the rear of a Fiat 500 mounted to the wall. You can feel the Italian pride, but while I would usually talk about national pride with a vague feeling of distaste, in this instance it is refreshing, because it’s pride taken from a family heritage almost 70 years old!

We spoke to Francesco himself and he knew far more about gelato than I thought there was to know (and I thought I was pretty book smart about most food *sigh*). His values are those that I would associate with any well-meaning food business: to produce natural, artisan food with traditional methods, avoiding excessive fat, sugar and avoiding artificial preservatives.

That means there is very little shelf life which, to me, is reassuring, as this means this smooth frozen creamy treat in my hand is fresh. Not to mention the ingredients are sourced locally from Nottinghamshire farms (except the pistachios, you need the Italian original otherwise would pistachio gelato truly be authentic?). Plus they do great coffee, so I’m sold. 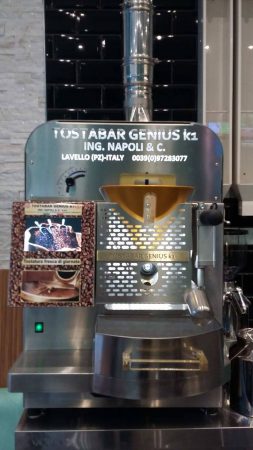 So in summary: a lovely atmosphere, an honest product, creamy gelato and an owner with honest intentions.

The responsibilities of bouncers: A grey area?