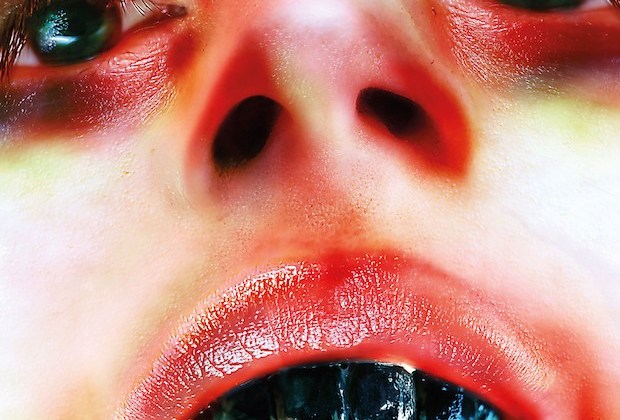 Arca is an exceptionally bold third album from Alejandro Ghersi – one of the most batshit crazy producers on the planet. It’s also his first as a vocalist under the Arca moniker.

There’s something distinctly brilliant about listening to music in a language that you don’t understand. For example, on his phenomenal Bowie covers, Seu Jorge accentuates his rich vocal timbre in a way that wouldn’t be possible were he singing in English rather than Portuguese. More recently the effortless sounding bridge in Christine and the Queens’ ‘Tilted’ has provided a splash of originality amongst the dross that typically mars the UK charts. Not to mention Sigur Rós who invented their own nonsensical language, Vonlenska, forcing fans to search for meaning in the structure and cadences of their fabricated dialect rather than the lyrics.

“Before last year’s Entranas, Venezuelan crackpot Alejandro Ghersi had never appeared as a vocalist under his Arca moniker”

The most remarkable thing about Arca’s eponymous new album, however, isn’t that he sings in his native tongue of Spanish; it’s that his voice is present at all. Before last year’s Entranas, Venezuelan crackpot Alejandro Ghersi had never appeared as a vocalist under his Arca moniker. According to reports, he was encouraged to do so by Björk after she heard him singing while the pair shared a car ride together.

The result is absolutely breathtaking. On Xen and Mutant, his two previous albums, listeners were confronted with a dense array of astonishing instrumental wizardry. Arca, on the other hand, has the feel of a far more heartfelt, intimate affair. This in part is due to Arca’s novel lyrical technique. Rather than spend an eternity agonising over the exact wording, he recorded stacks of improvised first takes, often emerging from the vocal booth gasping for air with tears streaming down his face.

In case anyone who adored Arca’s previous work had their doubts about this artistic expansion, opener ‘Piel’ allays any fears in an instant. Ghersi begins the song – and indeed the album – by humming ominously, like the calm welcoming the ensuing storm. It’s the sort of thing that might be heard on Pirates of the Caribbean to signal the arrival of some imminent terror. As ‘Piel’ unfurls, sinister drones bristle in the background, whilst Arca chants “Quítame la piel de ayer/No sé caerme” (“Take off my skin from yesterday/I don’t know how to fall”) as if it’s some ancient incantation.

“Rather than spend an eternity agonising over the exact wording, he recorded stacks of improvised first takes, often emerging from the vocal booth gasping for air with tears streaming down his face”

The title of the following song, ‘Anoche’, translates as ‘Last Night’ – although you’ll be hard-pressed to find any similarities with The Strokes. Atop unmistakable echoing synth stabs, Arca yearns for a future lover, juxtaposing his stark falsetto against intense Karlheinz Stockhausen-esque samples. Vocally ‘Saunter’ is far more overtly dramatic. Following a ragged mesh of water drops and bubble bursts, it culminates in an almost monastic crescendo, part avant-garde electro part Gregorian chant.

That’s not to say that Arca is a departure from the weirdness of his previous work. Instead, it’s an evolution, a voyage further into Ghersi’s outlandish creative brilliance. ‘Whip’, probably the most batshit track on the record, is a malevolent experiment comprised mainly of whiplash sound effects. Similarly, ‘Castration’ brings to mind Mario Kart suffering a mental breakdown, where PC Music-style synths do battle with dissonant clangs and rattles.

That said the album is far from faultless. On more than a few occasions, Arca tends to get lost in his own surreal boldness. At other points, his otherworldly clamour can become a little monotonous (although he has created a sound like no other, so perhaps he’s entitled to rinse it for everything he can get).

Since day dot, a key component of Arca’s allure has always been his mesmerising visuals. His early videos depicted warped bodies reminiscent of Jonathan Glazer’s Under The Skin, all created by long-standing artistic collaborator Jesse Kanda. Beyond their partnership, the two have worked alongside FKA twigs and Björk on numerous occasions (if anyone reading this is unfamiliar with ‘How’s That’ I would wholeheartedly recommend it).

This third album is no different. Following a promising foray into music on Hyperdub earlier this year, Kanda returns to the camera in spectacular style. For ‘Reverie’ – a swaggering, brazen piece – Arca flails about on stilts dressed in a white matador jacket and torn fishnets. It’s an audacious display: visibly injured, he caresses a giant prosthetic penis, crawls through falling petals and finishes by collapsing to the ground in pain.

The theme of wounds is one which extends through all of Arca’s accompanying videos, whether it’s echoing internal pain or some kind of greater societal torment. Besides its wondrous melody, ‘Desafío’ finds Ghersi struggling to remain conscious as he’s dragged through a forest in a bondage straightjacket. For ‘Anoche’ he dances and laments amidst a field of naked dying bodies. Even the album cover itself appears to be broken and beaten.

“In the past, Ghersi had branded tracks with confrontational, Julius Eastman-style titles like ‘Faggot’ and ‘Sad Bitch’”

In the past, Ghersi had branded tracks with confrontational, Julius Eastman-style titles like ‘Faggot’ and ‘Sad Bitch’. Lyrically this third album is just as in-your-face if not more: “Mátame una y otra vez/Ámame y átame y dególlame” (“Kill me again and again/Love me and tie me down and slit my throat”) he cries at one point. After the abhorrent reports of persecution and concentration camps in Chechnya, it’s these pieces that feel paramount now more than ever before. Whether intentional or not, Arca may well become a soundtrack of hope in these turbulent times to come. What better use for an album?