Look out For… April

We’re a bit thin on the ground this month, mostly because – as mentioned in the previous edition of this series – April is an “in-between month”. Alec Baldwin takes a break from imitating President Trump on SNL in order to play The Boss Baby, and Vin Diesel stars in The Fate of the Furious, the eighth instalment in a franchise that won’t quit until it’s exhausted every single combination of words beginning with F. Throw in The Belko Experiment, a horror that looks to be part The Hunger Games and part The Stanford Prison Experiment, and you’ve got quite an eclectic bunch this month, including…

I Am Not Your Negro – 7th April

Raoul Peck’s documentary tells the story of the United States’ complicated relationship with racism, through the eyes of the late James Baldwin’s unfinished manuscript in which he reflected on his personal memories of civil rights leaders like Malcolm X and Martin Luther King, Jr.

Considering Baldwin’s own exploration of race in America through written texts like essays and novels, it will be intriguing to see Peck’s own point of view in his interpretation of Baldwin’s work. If you’re in the mood for an intriguing, ever-relevant documentary, Peck’s Oscar-nominated film is one to try.

When Julia Ducournau’s French-Belgian cannibal horror screened at the 2016 Toronto film festival, the fact that emergency services had to be called due to audience members passing out, already suggests that this is not for the faint-hearted.

Justine (Garance Marillier) is a committed vegetarian when she starts college in the hope of becoming a vet. But once she gets a taste of the… extra-curriculars on offer, she can’t seem to satiate her appetite…

It’s not the first of its kind, but Raw certainly won’t appeal to the masses. Enter at your own peril. 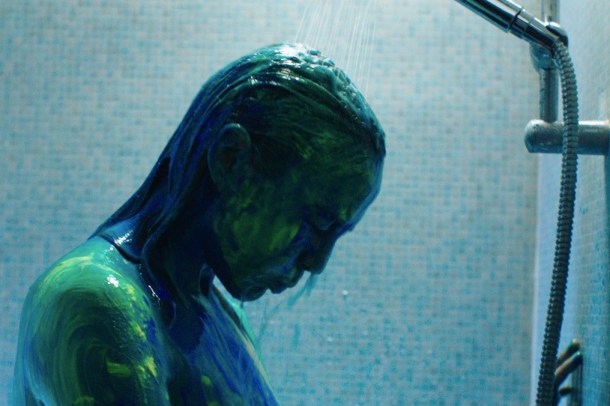 Having been described as a “tone-deaf, embarrassing motion picture” by The Guardian, and an “overly-pleased-with-itself comedy” by Variety, this Jeffrey Blitz movie is, by all accounts, pretty awful – even the trailer doesn’t look great. And yet, for some reason, I’m still holding onto that little bit of hope that comes with having a bizarre, yet potentially great, combination of actors like Stephen Merchant, June Squibb, Craig Robinson and Anna Kendrick. In Table 19, they play wedding guests who arrive on the big day, only to realise that the invitation was  extended out of courtesy alone.

Kendrick herself seems to be in a bit of a rut with the films she’s appearing in. Her career started with so much promise, after she made her mark on stage (High Society) and on screen (Up in the Air and Scott Pilgrim vs. the World), but her recent movies like The Accountant and Trolls are a tad lacklustre. Hopefully, she’ll sink her teeth into some meatier roles after Pitch Perfect 3 comes out later this year.

Since its screening at the Cannes Film Festival last year, Park Chan-wook’s (Oldboy) adaptation of Sarah Waters’ novel, Fingersmith, has been lauded by critics – and rightly so, considering its intriguing plot.

Set in early 20th century Korea, Sook-Hee (Kim Tae-ri) is a pickpocket, hired by the scoundrel Count Fujiwara (Ha Jung-woo) to act as a maid to Lady Hideko (Kim Min-hee), an affluent, yet enigmatic, heiress. As events transpire, however, it turns out the unscrupulous Fujiwara’s altruism has darker motivations.

With great literature adapted by a great director, The Handmaiden may be for you. 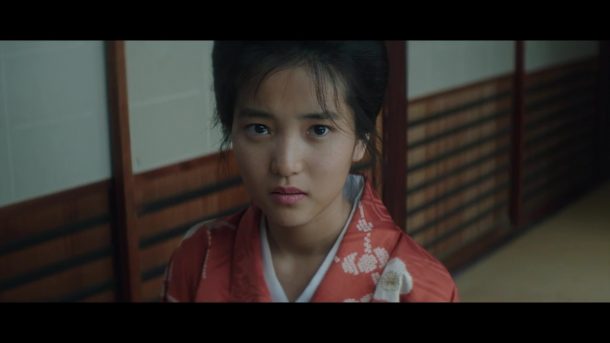 Oh great, another film about Howard Hughes – because The Aviator just wasn’t long enough, was it? Then again, Warren Beatty’s take seems to have Hughes playing second fiddle to Lily Collins’ Marla, an actress who pursues a relationship with her driver (Alden Ehrenreich), despite the rules – as set by their employer, Hughes (Beatty) – forbidding this. But I guess the Rules Don’t Apply, right?

This could have been your run-of-the-mill whistle-stop tour through Hollywood during the decline of the studio system, but the solid support cast – Annette Bening, Alec Baldwin and Matthew Broderick (did the casting director only print out the second page of their dictionary of available actors?) – lends the film a respectable pedigree. Personally, however, I’m most excited to see Ehrenreich in his second soiree into Golden Age Hollywood, after his scene-stealing performance in Hail, Caesar! put him on the map of up-and-comers.

I have a confession: I have not seen Guardians of the Galaxy. Yes, I know that makes me a despicable person, but I’ve listened to, like, half of Peter Quill’s awesome mixtape, so that makes up for it, right? Fine.

For the minority of people who, like me, haven’t got round to watching this 2014 mega-hit, or still don’t understand why “I am Groot” was such a popular phrase three years ago, Guardians of the Galaxy is about Quill (Chris Pratt) and his run-in with a group of bounty hunters hoping to cash in on the price on Quill’s head, and the unlikely camaraderie that forms between them. This follow up sees James Gunn return as writer-director, with a plot that focuses on Quill’s search for his true family. Expect great music and, of course, a post-credits scene. 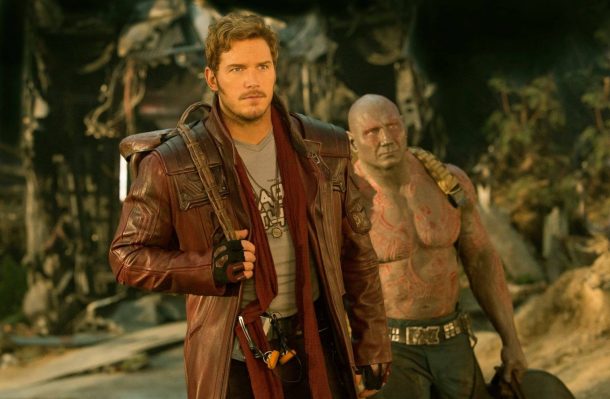