We are nearing the finish line, with Children of Men as the next film to stand as one of the 21st Century’s 10 Greatest Films…

Children of Men is a brilliantly directed political tour de force that envisages a prophetic 2027 Earth in the apocalypse. It depicts a world that looks very similar to ours, but defined by terror and drained of hope, a world where we learn a deeper meaning that we and only we as a society can demolish our future. It is rare I watch a film that is more evocative of mournful beauty and adrenaline-charged action. 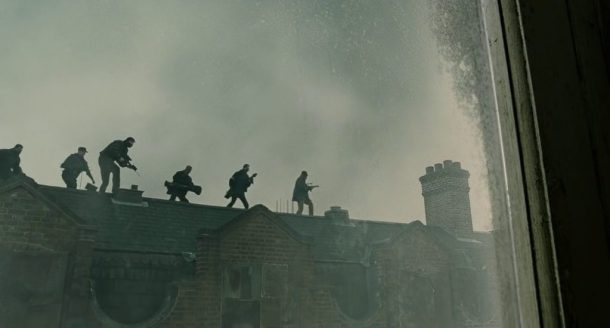 It is the end of the world. Women are infertile. Chaos rules our ungovernable and uninhabitable civilisation. The world’s youngest citizen has been stabbed to death, while Britain (one of the last remaining stable nations) is in permanent lockdown. Children of Men follows ex-activist turned disillusioned bureaucrat Theo (Clive Owen) who has, like everyone else, nothing to live for, or as he says: “I can’t really remember when I last had any hope and I certainly can’t remember when anyone else did either.” Theo represents the tired, cynical population with his only interests being alcohol and cigarettes – poisonous pleasures. On his walk to work he witnesses terrorist bombings and cages filled with illegal immigrants; this is a violently precarious, propagandistic country which is covered with signs, surveillance cameras, police patrols and TV adverts that boast: ‘The world has collapsed; only Britain soldiers on.” Theo is later approached by his revolutionist ex-wife (Julianne Moore) to help a miraculously pregnant woman leave Britain’s borders and save mankind. 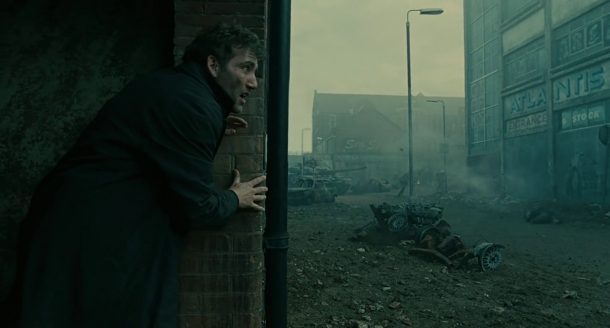 Based loosely on the 1992 novel of the same name by P.D. James with a hint of Orwell’s Nineteen Eighty-Four, Mexican director Alfonso Cuaron gives one of the greatest directorial performances I have witnessed in the past decade. From the beginning, with the opening terrorist bombing, he sets a frightening sense of fear and death; we feel as if we are there in the moment with the continuous action perfectly choreographed in its ferocious rapidity. Cuaron cleverly keeps a distance from his originally embittered pawns of characters, yet his camera gradually edges closer to them throughout, emphasising their pure hunger as they finally have something to live for. Another genius technique is the drifting of the camera from the blitz of bullets and flying glass, to the dead bodies lying emotionless on the ground; Cuaron takes this up a notch by using long shot sequences where at the climax of one particular single 10 minute sequence, the lens is splattered in gore and dirt.

In order to make a true masterpiece, every little intricate detail must be covered. From the major elements such as the stunningly eclectic soundtrack to Michael Caine’s charming John Lennon portrayal of Jasper, to the the minor aspects like Theo never finishing a cigarette nor picking up a gun and the majority of scenes including animals to signify children, Cuaron has a unique vision of a nearly plausible future for the human race that he never once lets go of. As heart-breaking as Children of Men is, however, its themes of faith, sacrifice and love remind us that humanity is not completely bad even amidstthe darkest of times.

Look out for… June