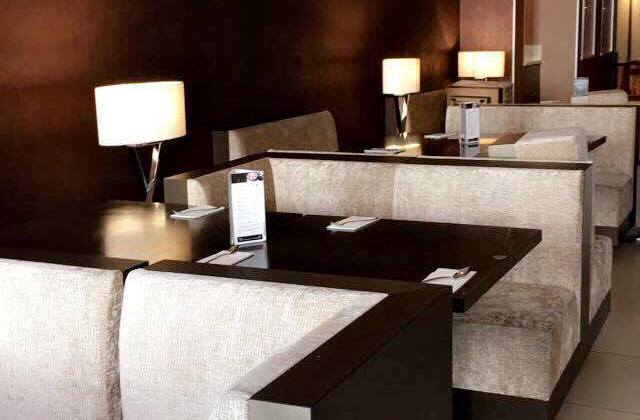 Tucked away between Rooster’s and Maccy’s on Angel Row in Nottingham city centre exists a gem: Heavenly Desserts. Somewhat inconspicuous from the outside, we entered an elegant and neutral toned franchise similar to a hotel lobby and were greeted by Gonçalo Santks, the assistant manager.

While other customers were being served we were welcomed to rest on what were very comfortable sofa-seats. The waiting however was not very long and soon we were taken to a table and were given menus. Though at first we were overwhelmed by the wide variety of choices available, it didn’t take us long to realise that the menu was organised into different categories of: fruit, chocolate, classics like cheesecake, cookies and cream, create your own, strawberries and chocolate and last but not least, a whole page on Ferrero Rocher creations.

Individual categories were then also split into sundaes/cookie dough/waffle versions with each creation having mouth-watering descriptions that really tapped into our sugar-craving lizard brains.

The drinks menu offered inexpensive mocktails, your classic tea and coffee choices and even chocolate shots.

On a £10 budget we managed to order a dessert and a drink each, here is our review:

The waffle was split into 4 different sections of different fruits: mango, strawberries, raspberries and banana pieces. The waffle was also covered with syrup which we though was perhaps a bit too much since by the time the waffle was cut into it seemed a bit too soggy (it may have been also due to taking a lot of pictures in that time). The waffle also came with a dollop of ice cream and cream, which we had great portions of, but the dessert had so much going for it that we thought the cream didn’t really add much. 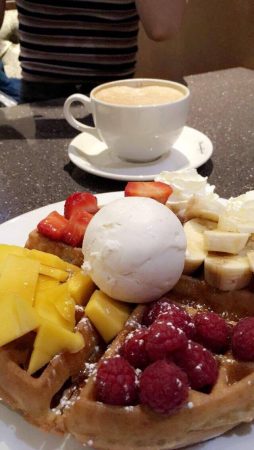 Expecting lots of desiccated coconut goodness I was super excited about this dessert and was not disappointed at the sheer size of the sundae glass. The ice cream scoop on top was explosive with a delicious coconut flavour; underneath the ice cream scoop was broken bits and pieces of waffle cone which added a nice crunch to the whole experience. The only downside to this dessert was that there wasn’t enough ice cream towards the end which somewhat left my palate dry and too full of syrup. Overall the ice cream was top notch. 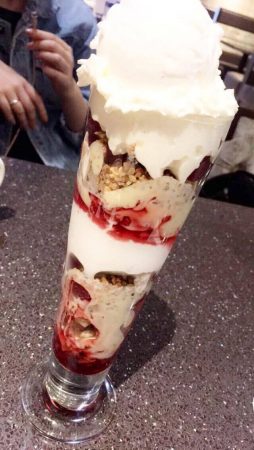 UoN claim a decisive victory in the Waterpolo Varsity at DRSV