The Great British Bake Off 2017 – Soggy Bottom or Well Risen?

12th September 2016. Everyone remembers the moment they heard the news: the news that Love Productions had betrayed the nation by selling that apogee of British culture to Channel 4.

I don’t need to tell you which show I’m talking about here – everyone and their mothers (and fathers and siblings and grandparents) watch The Bake Off. However when the news broke that neither Mel and Sue nor Mary Berry were “following the dough”, and that Noel Fielding and Sandi Toksvig were taking up hosting duties with Prue Leith signing on as a new judge, audiences were justifiably apprehensive regarding the show’s future.

Now, with the premiere of the show’s eighth season, it seems as though – dare I say it – not a whole lot has changed. You soon adjust to the startling juxtaposition of Fielding’s vampiric presence against Toksvig’s shorter frame, and – with no disrespect towards Leith or her more than capable culinary talents – her voice could easily be mistaken for the beloved Berry’s, if one were to close their eyes. 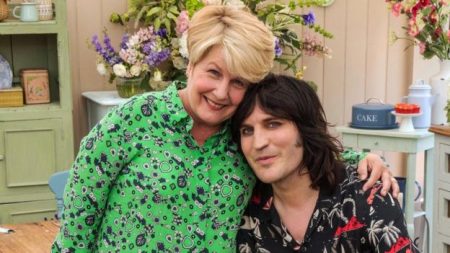 As for the contestants themselves, the old classics are still present. Flo is the wizened baker you can’t help but like – the tragedy behind her motivation (baking helped her cope after her husband of 48 years passed away) would warm even the coldest of hearts.

Chris has already confessed to his employment of spreadsheets in order to get that perfect cake, while Yan – a molecular biologist – donned blue latex gloves while using a pipette to form some juice balls. There’s no doubt that, in their pursuit of marrying baking and science – they will be joining the likes of Richard and Andrew from Bake Off’s Past.

The waif-like Julia could be seen as a representative of the Marthas and Floras of previous seasons, but I’d rather know more about her past as an Aviation Broker – a job that she quit upon being accepted by The Bake Off. Who knows – maybe that Russian Doll showstopper is a symbol of a previous, mysterious life that she must now hide deep inside her? Or maybe I’m reading far too much into an innocent baking show because I have fallen victim to summer boredom. Time will tell, I suppose.

Of course Liam the drama student is putting us all to shame with, not only his baking skills, but his time management abilities and general over-achievement too. We’ll just have to grin and bare the inadequacy that he’ll certainly stir.

And Stephen. Dear sweet Stephen, who cried when Paul shook his hand (far too early though, Paul, but we’ll let that slide) and who turned as red as Flo’s watermelon when he won star baker. His showstopper may have been unnervingly realistic, but it’s his moving relationship with his mother that has me rooting for him. 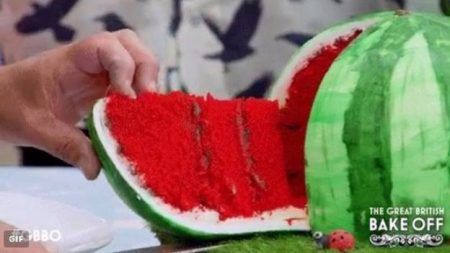 All in all, at a glance, The Bake Off has been changed indefinitely. But we can put our pitchforks away because Channel 4 has managed to maintain the affable, escapist bread and butter of the show that made us fall in love with it in the first place – thank goodness.

The Great British Bake Off is on Channel 4 at 8pm on Tuesdays.

Look Out For… September