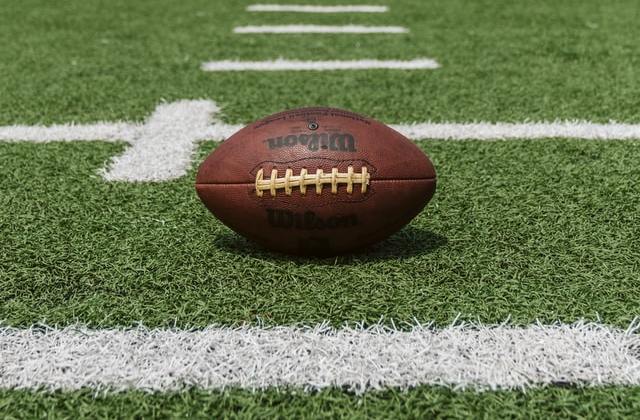 The NFL returns this week, with the Patriots looking to defend their title and the Browns and Jets among those looking to race to the bottom for a Los Angeles college quarterback. The 6pm TV game between the Miami Dolphins and the Tampa Bay Buccaneers has been rescheduled due to Hurricane Irma, replaced with the less exciting game of Cleveland Browns vs Pittsburgh Steelers.

This is shaping up to be an interesting season, with Atlanta looking to avenge their historic loss in the Super Bowl and the AFC wide open beyond the Steelers and the Patriots. You also have teams more brazenly aiming for a top draft pick than ever before, led by the Browns and the Jets who are starting a second round rookie and a 38 year old on his tenth team at quarterback respectively.

Here is a rundown of this week’s televised games, along with the key information about the other games.

Friday 1:30 AM: New England Patriots vs Kansas City Chiefs
The annual Thursday night football kickoff featuring the defending champions; and this year has the Patriots hosting the Chiefs. The Patriots do have a couple of key losses heading into the season, with top wide receiver Julian Edelman out for the year with a knee injury and right tackle Sebastian Vollmer being cut and then retiring. However, in all likelihood this will prove irrelevant at least for this week. The Chiefs have never won at the current Patriots stadium, and have the ever underwhelming Alex Smith starting at quarterback without many offensive weapons around him besides Tyreek Hill, who is unproven in a featured role .

This will play right into the Patriots hands. Coach Bill Belichick loves to take away your primary threat. Smith’s propensity to pass short will prove fatal as the Patriots, with the additions of Brandin Cooks and Philip Dorsett, will likely open up a big lead and then continue to pile on as the Chiefs are not explosive enough offensively to keep up.

Should I watch this?
It’s worth a watch if you are willing to stay up for the late start just to see the season kick-off and to see possibly the greatest quarterback of all time in Tom Brady get to grips with some new receivers. The Chiefs also have a chance to get to the playoffs in a weak AFC so this could give an idea of their ceiling, at least with Alex Smith at quarterback ahead of first round pick Patrick Mahomes, who is much more aggressive passing the ball but is coming from a unique system at the college level.

Sunday 6 PM: Cleveland Browns vs Pittsburgh Steelers
This is replacing the Miami – Tampa Bay clash that has been moved due to the hurricane. This will get ugly in a hurry. Cleveland are using a more analytically inspired approach that has led them to more openly than anyone before aim to lose as many games as possible in order to get the top draft selection, whereas the Steelers are the second best team in the AFC, led by offensive stars Ben Roethlisberger, Antonio Brown and the disgruntled Le’Veon Bell.

The main intriguing factor for the Browns this season is the performance of the rookies to give an idea of how well this strategy is working. Last year’s number 1 overall pick Myles Garrett will miss this game due to an ankle injury which will hurt what little chance the Browns had to win this game. The Steelers will in all likelihood rack up the yards, even with Bell only just returning to the team after not reporting to training camp in the hopes of signing a contract that pays him like the all purpose threat that he is.

Should I watch this?
If possible, during this time you should be watching the Red Zone service instead. Think of it as Soccer Saturday but with them able to actually show the games instead of having to go to correspondents. This will be a lopsided matchup with the only real reason to watch being to see how big the Steelers can go. The big intriguing factor on the Cleveland side is gone with Garrett’s ankle injury and they are not likely to excite too much on offense to start with.

Sunday 9:30 PM: Green Bay Packers vs Seattle Seahawks
This on the other hand, should be an excellent matchup. These two teams both have one of the better quarterbacks in the game, along with iffy offensive lines. This means that the game will in all likelihood come down to whether Aaron Rodgers can pull some of his magic and how the two defences perform. Seattle has the better defence with its stellar defensive backfield and the addition of Sheldon Richardson to go along with Michael Bennett, Cliff Avril and Frank Clark.

However, the Seattle offensive line has all the structural integrity of soaked toilet roll whereas the Packers can at least boast some competence there. This means that however nimble Russell Wilson is he could still fall prey to a crippling injury. There is a very good chance that this game is a preview of the NFC title game unless Wilson, Rodgers or Seattle safety Earl Thomas suffers a major injury.

This game is also notable for the fact that you have brothers Michael and Martellus Bennett, a defensive lineman and tight end respectively, going up against one another with both set to be key contributors for their teams.

Should I watch this?
Yes. Simple as. Even discounting the quality of this matchup the Red Zone alternatives are woeful: San Francisco 49ers against the Carolina Panthers and the LA Rams (owned by Arsenal’s Stan Kroenke) against the Indianapolis Colts… an unwatchable face-off.

Monday 1:30 AM: Dallas Cowboys vs New York Giants
This game is likely to be a key divisional matchup, as these two are the best of a competitive NFC East division and have had plenty of close contests in recent years. The main story here is the delay of Dallas’s running back Ezekiel Elliott’s suspension for possible domestic violence – making him available for this game. This is significant, as quarterback Dak Prescott struggled last year without Elliott in the lineup and the Giants have a high quality defence. This is in some ways a well matched game with the two team’s weak units and strong units facing off.

The big key for the Giants is their ability to keep Eli Manning upright so that he can find Odell Beckham against a dodgy Cowboys secondary. That Giants offence vs the Cowboys defence matchup will most probably decide this game, as it is the more variable and Manning has a proclivity for having games where he throws to the other team as much as his own.

Should I watch this?
With this being a late night game it boils down to whether you are a fan of either team or another team in the NFC East. It will be a quality matchup, however, if you have to be up for any reason on Monday you should give it a miss.

The 6pm kickoffs
(These will all be shown in bits and pieces on the Red Zone service which is on the Sky broadcast red button or on Sky Sports Mix.)

Buffalo Bills vs New York Jets
This will be abjectly terrible. The Jets have just traded their best player in Sheldon Richardson to the Seahawks and are obviously aiming for a top draft pick. The Bills have also traded one of their better players in receiver Sammy Watkins to the Rams and have a questionable starting quarterback who has just been cleared from a concussion this week.

Chicago Bears vs Atlanta Falcons
This is the first glimpse of the Falcons since losing a heart breaking Super Bowl and their offensive coordinator leaving to coach the San Francisco 49ers. This should be a good opportunity to get some joy back as the Bears are awful, trading up to select a quarterback who only started one season in college and therefore leaving themselves with an expensive, mediocre, lame duck starter and an extremely porous defence that will be carved up.

Cincinnati Bengals vs Baltimore Ravens
This should be a pretty good battle with divisional ramifications. It may not be the highest scoring, as both sides strengths lay on defence, but there are a few interesting rookies to monitor such as John Ross and Joe Mixon on the Cincinnati side.

Detroit Lions vs Arizona Cardinals
This should be another fun matchup. The Lions are almost totally dependent on Matthew Stafford’s ability to pass the ball to get wins and the Cardinals have a good defence with a strong secondary to go with a ball control offence led by David Johnson running the ball.

Houston Texans vs Jacksonville Jaguars
This will be bad. So very bad. The Texans have a couple of defensive stars in JJ Watt and Jadeveon Clowney to go with star receiver Deandre Hopkins. They also are starting Tom Savage at quarterback, which is not a recipe for success. The Jaguars on the other hand, owned by Fulham’s Shad Khan, are starting bust Blake Bortles at quarterback who is also dealing with a nagging wrist injury. The bright spot for them is the amount of young defensive quality they have. This game also has the shadow of Hurricane Harvey hanging over it being held in Houston with the massive fundraising done by Watt in particular and the disruption to the Texans players’ lives over this period.

Tennessee Titans vs Oakland Raiders
This is possibly the best of the 6pm batch of games, with young quarterbacks Marcus Mariota and Derek Carr facing off. The Raiders are the better complete team and made last year’s playoffs. Both teams have a good chance at the playoffs in two of the weaker divisions in the NFL powered by their offenses.

Washington Redskins vs Philadelphia Eagles
The other two teams battling for the NFC East title also meet in week one in what is also a good matchup. The Eagles have overhauled their receivers and will be hoping for further growth from last year’s number 2 overall pick in quarterback Carson Wentz. Meanwhile Washington has also added new weapons to go with their relatively impressive offense. The main question for them this season is Kirk Cousins and whether he drops off or gets injured whilst on another one year contract.

The 9pm hour kickoffs
(These will also be on the Red Zone service during the Packers – Seahawks game.)

9PM: Los Angeles Rams vs Indianopolis Colts
Ordinarily, this would be a good candidate for some schadenfreude for Arsenal fans at the incompetence of another of Stan Kroenke’s teams. However, quarterback Andrew Luck is injured and so the Colts are left starting Scott Tolzien, who has not won a single one of the handful of games he has started along with a roster that was terribly put together. The Rams will be looking for signs of life from last year’s number 1 overall pick quarterback Jared Goff and the prior year’s first round pick Todd Gurley.

9:25PM: San Francisco 49ers vs Carolina Panthers
This will be another massacring, however less of the interesting variety as the Panthers tend to lean on the run with subpar receiving options and a mediocre offensive line. On the other hand, the 49ers are basically biding their time until they can pick one of the Josh Rosen/Sam Darnold/Josh Allen triumvirate in next year’s draft or lure new head coach Kyle Shanahan favourite Kirk Cousins in free agency in the summer. In the meantime they will be awful, their roster full of holes due to retirements and poor drafting and starting journeyman Brian Hoyer at quarterback.

Featured image courtesy of  Dave Adamson via Unsplash.No changes were made to this image.

Death Note – A Whitewashed Reflection of a Beloved Anime

Down the ‘Free-from’ isle: life as a vegan coeliac