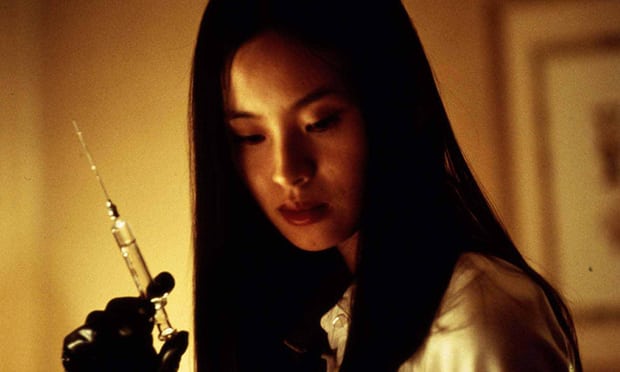 The Asian continent produces art that’s as varied as its peoples and cultures. Not least of these is film. From the unnerving horrors of Japan to the token song and dance filled extravaganzas of Bollywood, there’s a flick to cater to each and every type of film junkie. For those who want to take a plunge into this world, but don’t quite know where to start, the Asian Film Bucket List series will review some must-see titles from this and the previous Century.

An increasingly dark plot and arguably feminist overtones combine to make Audition one of the few films that successfully terrifies you whilst also making you think.

For a horror-come-thriller, Audition opens on an unexpectedly melancholy note. The film begins in a hospital room as Aoyama (Ryo Ishibashi) leans over his dying wife. His face remains stony, but the desperation in his voice as he calls to her is all too evident. Aoyama’s chance to grieve is cut short when his young son enters, asking after his mother.

Seven years later, the teenage boy casually tells his father to start dating. When he mentions this to his friend Yasuhisa (Jun Kunimura), the director proposes a dubious plan to find a woman who ticks all the boxes on Aoyama’s checklist: the audition for Yasuhisa’s new heroine will double up as an audition for Aayoma’s new partner. Despite initial reservations, Aayoma soon agrees to the idea.

The film’s progression is slow for the first half hour. A lot of it depicts seemingly mundane details of Aoyama’s life, from uneventful dinners with his son to the failed attempt of an employee trying to attract his attention. Peppered throughout the dialogue are casual sexist remarks, as when Yasuhisa calls a group of women ‘awful’ simply for giggling a little too loud.

Interestingly, the camera tends to stay static in one stubborn position throughout entire scenes, so you might be left watching an actor’s back for the length of them. And although this may feel frustrating, you also get the sense that you’re not seeing the whole picture-both literally and metaphorically.

A change of pace occurs when Asami (Eihi Shiina) is introduced. Dressed all in white as she enters the casting room, Asami seems to embody meekness and modesty, while the back-story she tells hints at hidden emotional depths. Shiina’s acting is what really makes Audition. With a slowness and deliberateness of movement that’s just a little too graceful and a softness of voice that’s just a little too feminine, you can just about see why Yasuhisa suspects that something is off with Asami, even as Aoyama blindly falls for her.

But Audition is no typical horror film. Sure, some moments play on the stereotype of ‘crazy stalker woman’, but these are later subverted when we find out the truth about Asami’s past. This is revealed in sequences that become increasingly surreal and dreamlike, and yet are violent and visceral enough to make you squirm. Takashi Miike ultimately paints an intense psychological portrait of a woman completely fragmented by traumas that can only be believed when seen.

Verdict: If you’re not entirely drained by a first viewing, I’d recommend a second one to pick up on all the little lines and moments that seem more relevant in retrospect.

Image courtesy of Moviestore/rex Shuttershock via The Guardian Online.

Wolf Alice: The Visions of a life- Album Review