Wolf Alice: The Visions of a life- Album Review 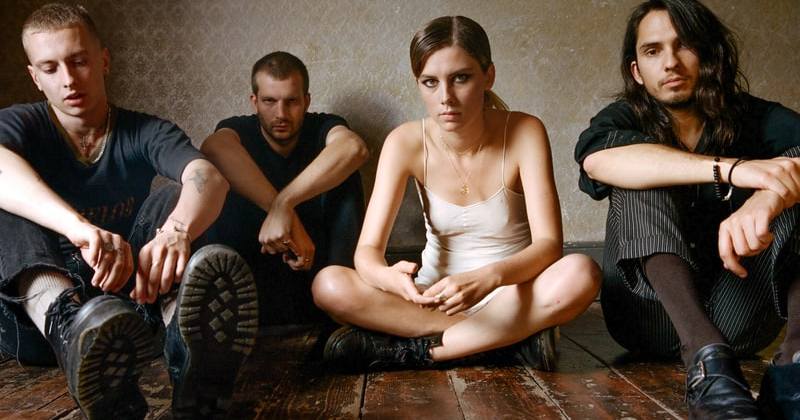 North-London indie outfit Wolf Alice make an impressively bold return to the spotlight with new album ‘Visions of a Life’. Following 2015’s ‘My Love Is Cool’ was set to be a difficult task indeed, but Roswell and her boys may just have pulled it off. The album certainly contains some inconsistency, but when it delivers, the tracks often hit the mark just as successfully as the likes of ‘Bros’ and ‘Giant Peach’. The band have delved much deeper into the shoegazey vibes hinted at in their debut and have pulled it off with varying levels of success, blending their sound with an array of fuzz-soaked genres.

“Provides a strong sense of direction and pace to the track”

‘Heavenward’ kicks off the album in what proves to be a highly representative fashion, touching on the style and sound which pervades the album, featuring glacial vocals and thick, crunchy guitars. The beat verges on hypnotic, and provides a strong sense of direction and pace to the track. If the opening track was one variety of taster for the rest of the album, ‘Yuk Foo’ is the carnivorous option, introducing the listener to a much-utilised device throughout the album – Ellie Roswell’s confident shout-singing. The injection of pop sensibilities to such a refreshingly gutsy song seems to hint at a brand new style of unusually brutal pop-punk.

The sharp, staccato vocals and guitar on ‘Beautifully Unconventional’ compliment each other nicely in the chorus, and constitute a truly unique song that’s sure to be a crowdpleaser. ‘Don’t Delete The Kisses’ almost channels Blur with its frank storytelling and sense of engagement with the culture in which it exists. The track demonstrates a firmer confidence than anything on Wolf Alice’s debut, and this proves to be a real benefit. Its sense of humorous self-awareness prevents the love-story lyrics from being corny; saving us the need to raise our eyebrows.

‘Planet Hunter’ follows almost like a depressing sequel to its preceding track, offering more sombre themes of loneliness and heartbreak, but feels a little too subdued to follow through on the emotional impact it clutches at. The dark, pleading ‘Sky Musings’ follows, and provides an interesting juxtaposition between confident vocal delivery and introspective, self-critical lyrical themes.

The twangy, flickering guitar in ’Formidable Cool’ sounds like the musical lovechild of Temples and Django Django, utilising exotic scales and plate reverb. The frantic vocals are at their most unhinged and powerful here, and explode into a Slaves-like chorus. ‘Space & Time’ radiates feel-good 70’s rock’n’roll, while ‘Sad Boy’ grooves along with bubbling guitars, triumphant synths and a blitzkrieg chorus.

“Evolves into a seriously well-constructed climax”

‘St. Purple & Green’ evolves into a journey echoing Kevin Parker’s ecstatic compositional patterns. The breakdown cleverly ties dancing guitar melodies with the words ‘one step after the other’ and evolves into a seriously well-constructed climax. ‘After The Zero Hour’ would have fit perfectly on the new series of Twin Peaks, with its folky, ethereal progression.

Album closer, ‘Visions Of A Life’ carries us off into a dark, twisted sunset, with sinister melodies reminiscent of Queens of the Stone Age and Arctic Monkeys. The lyrics vividly explore the internal conflict of wanting to live a docile, simplistic life versus one of pain, self-destruction and excitement.

As an album, ‘Visions Of A Life’ is certainly more thematically mature, and sonically versatile than Wolf Alice’s previous work. The production, once again, is superb, and there are moments of compositional genius buried in the album’s high-points. Though it lacks some of the authentic excitement of their debut album, Wolf Alice’s sophomore effort – for the most part – delivers the goods.