Do Your Homework – Thor: Ragnarok

Marvel relish in the opportunity to throw in little nods and calls to other characters and events in their cinematic universe, whether it be in passing conversations or glimpses of newspaper headlines.

These Easter eggs are great fun, but only if you’ve seen all of the films – and even then you might miss them. All the same, if you’re not a die-hard fan and just want to pop your head in for a film or two, you don’t need to watch them all. You could even go in with it being the first film of the MCU you’ve ever seen; these aren’t complex films in themselves, and you’d still enjoy it.

However, as we get sequels and collaborations that intertwine the films, it’s certainly helpful for character, plot and setting to be familiar with the relevant previous installments. You could use those five-minute ‘Everything you need to know before X’ videos, but really it’s so much better to see the relevant films. The YouTube videos more often than not only give you the briefest summaries of character origins and then a play-by-play of the villains they’ve faced. There’s no substitute for spending time with the characters, seeing the little things, and getting to understand their lives, pursuits and motivations. 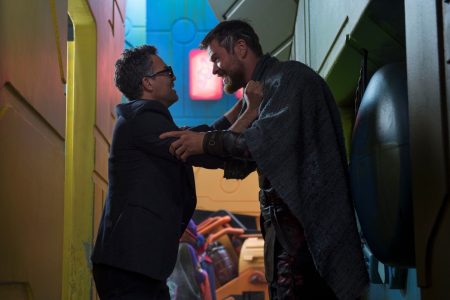 Bruce Banner (aka the Hulk) and Thor Odinson reunite in Thor: Ragnarok

But whilst you’ve got to watch the movies if you want the background, the ever-expanding cinematic universe is increasingly daunting when you feel you have to start from the beginning. This article is here to give you the Goldilocks level of films to see or brush up on before the latest instalment – enough to understand the premise and the references, but not just the entire catalogue of Marvel films.

So, without further ado – what films do you need to watch before Thor: Ragnarok?

Hulk will hopefully make a great second lead in Ragnarok, but The Incredible Hulk is one of the more forgettable Marvel movies. It also doesn’t fit in brilliantly with the rest of the MCU, considering the actor change from Edward Norton to Mark Ruffalo following this film. Unless you’re completely unaware of who and what the Hulk and Bruce Banner are, I would recommend the first Avengers as the introduction to the MCU Hulk.

This is an easy one – you’re seeing Thor 3, definitely check out Thor 1. Here’s where you’re going to meet Thor and his war buddies, his brother Loki, his father Odin, and Idris Elba’s stony gatekeeper Heimdall. It’s also an introduction to Thor’s home, Asgard, and marks the first movie of the MCU out of Earth. This is completely necessary viewing for the introduction to the characters of Thor and Loki and the evolution of their relationship.

This is where we meet Mark Ruffalo as Bruce Banner for the first time. His presence is often as a subdued, thoughtful and dryly humorous character, greatly appreciated in scenes full of big, brash and emotional superheroes. We’re also fortunate to see some of his angry side in action, which is great fun.

We also see more of Loki, who acts as the primary antagonist of the film. However, this is not the best film to observe the evolving relationship between the siblings, with the meeting and alliance of the heroes being the greater focus of the film. We do get the first meeting and engagements of Thor and Hulk, which are great fun, even if not immensely substantial.

This is definitely where we can see that evolving relationship between Thor and Loki, and is completely necessary viewing for Thor: Ragnarok. Unfortunately, apart from that and the introduction of the Aether Infinity Stone, the film isn’t the best of the MCU. Without giving too much away if you’ve not seen it: I’d advise watching the film for Thor and Loki, once they part ways you’re free to bail without dire consequence.

Guardians of the Galaxy

Kevin Feige, President of Marvel Studios, has told us that the upcoming Avengers: Infinity War will see the meeting of The Avengers and the Guardians of the Galaxy. However, it might be that there are some little run-ins before. It makes sense that perhaps a Guardian or two might have a little cameo in Ragnarok as a small step towards Infinity War – and that we’d get it in an interplanetary film like this than the slightly more grounded upcoming Black Panther.

If the Guardians would be present at all in Ragnarok, I really don’t imagine it would be more than a cameo, but in any case this is one of the best movies out of the MCU, and it definitely wouldn’t be a chore to see.

This was a very busy movie, and along with a lot of other threads sets up Thor’s movements and intentions towards the events of Ragnarok. The movie is definitely more concerned with the future of the Avengers and in setting up Civil War, but is definitely a good watch, and includes the only other screen-time for Bruce Banner pre-Ragnarok, as well as some helpful snippets for Thor’s story.

With most of the MCU roster in this movie, you might think it’d be one to watch, but actually the most prominent members missing from the movie are Thor and Hulk, which lends to thinking that Ragnarok takes place at the same time. While Thor and Hulk are mentioned, it’s only in their absence – this is a great movie to watch, but for Ragnarok you can give this one a miss.

Doctor Stephen Strange will feature in Ragnarok, but probably not much more than a cameo. If you don’t want to be blindsided by a character that you’ve never seen, maybe check out Doctor Strange, and then definitely stick around for the end credits scene. But you could go without it for the main threads of Ragnarok, and personally I’d warn that this film is a slog – I think it’s just bad.

Overall, for your pre-Ragnarok homework, I would recommend:

Featured and article images courtesy of Marvel Studios via IMDb.

The Different Approaches to a Remake – Part 2