The Different Approaches to a Remake – Part 2

Compared to ‘true remakes’, the Re-imagining and the Remake Reboot are a bit harder to discern. A re-imagining of a game is produced when the style of gameplay has become obsolete, outdated, or at the very least non-marketable, unable to be touched up on in the ways a true remake might have done. Otherwise, for games like Metroid: Samus Returns and Final Fantasy VII Remake (which will not be released this year but deserves mention anyway), they are made, without losing the heart of the story, to bring a game closer to the rest of the series’ structure and atmosphere. 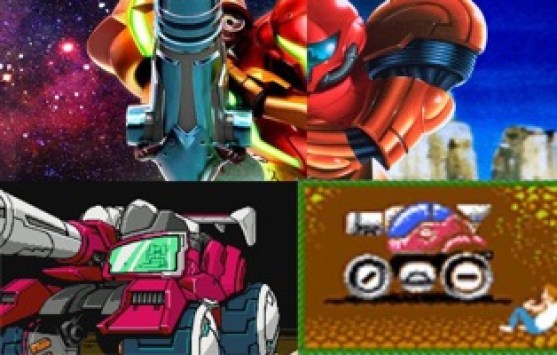 From what we can tell through currently available footage of FF7R, the story remains unchanged, and combat has fully ditched traditional JRPG format. Instead, developers have adapted action playstyle to the most recent Final Fantasy game. For Metroid: Samus Returns, the MercurySteam decided to ditch the map structure and overall atmosphere of Metroid 2: Return of Samus, which is its inspiration. The result is a Metroid game that plays closer to Super Metroid regarding area expansiveness, all while keeping the area-to-area structure present in Metroid Fusion. MercurySteam has also chosen to add to Samus’ arsenal of abilities with the melee counter and Aeion abilities, and the 2.5D re-imagining of Metroid 2 allows them to update the Metroid formula with player-controlled flashy sequences meant to delight the cinematic-seeking audience.

Finally, with Blaster Master Zero as a prime example this year, we have . . . the Remake Reboot. This type of remake is usually meant to be the start of a separate canon timeline. In doing this, developers most likely have the intention to revive a long-lost franchise, such as the Blaster Master series. Otherwise, the timeline may have become too convoluted for the newcomers to enter into the series, and therefore becomes obscure. Nintendo is notorious for these actions with their Star Fox series, having the first game remade twice on both the Nintendo 64 and Wii U.

“…Blaster Master Zero draws a great deal from the source game, such as memorable setpieces and several new bosses to defeat…”

Blaster Master Zero draws upon the different stories that appeared in both the Japanese and American versions by merely tying them all up together. Suddenly, the journey isn’t just a happy-go-lucky romp in an underground world trying to find a missing pet frog. The sci-fi elements from Metafight come into play so that the pet frog is actually a research experiment. As for the underground world – a former haven used to bring about an ice age. Otherwise, Blaster Master Zero draws a great deal from the source game, such as memorable setpieces and several new bosses to defeat in its overhead segments. BMZ then ends with several small sequel hooks that present exciting possibilities for a future game.

Nowadays, we may be living in the age of remakes and remasters in the realms of gaming and entertainment. While remasters generally have a stigma of being low-effort cash-ins on already released games, too often remakes get lumped into the same category. Rather than this, remakes can be smartly made budget titles that play great thanks to having a base game to refine off of, bringing in forgotten titles and franchises back into the limelight. Here’s to hoping that this abundance of remakes continues on post 2017.

Do Your Homework – Thor: Ragnarok