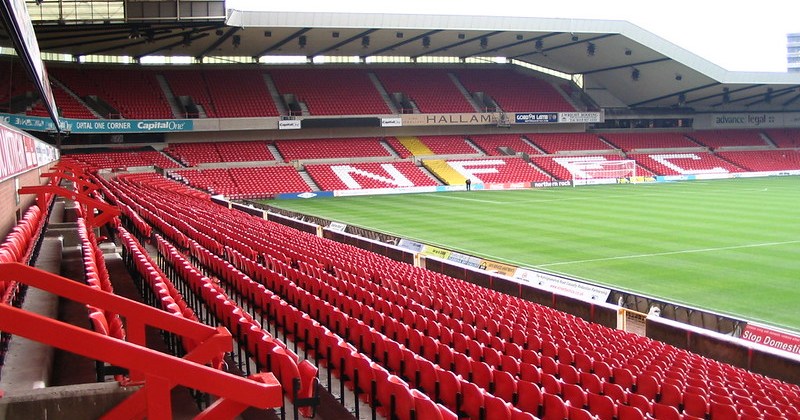 Nottingham Forest played out a sensational 4-0 victory over Queen Park Rangers last time out, a win which puts them up to 9th in the Championship table. Are the Reds finally putting a stop to their inconsistencies and pushing on to solidify a playoff push? Their performance at the weekend made a clear statement of their ability, with Tyler Walker producing a clinical brace on his first league start of the season, but there are still areas in which they can improve to avoid slip ups that could be detrimental to their finishing position come the end of the season.

After an impressive pre-season beating Mansfield, Notts County and Girona FC, who last week fought out a terrific 2-1 victory over European Champions Real Madrid, and drawing against Burnley, it seemed after the disastrous finish last season things were looking forward for Forest. Less recently, Forest have narrowly missed out on a place in the Premier League. Therefore, the drastic dip in the last few seasons’ form has come as quite a shock to the fans. Whilst this season has been a great improvement, there are still problems emerging at the club that need to be solved if there’s any chance of booking their dream place in the Premier League.

Forest’s lack of consistency is proving extremely damaging to their hopes of making that top six in the league. There’s no correlation between home and away form, losing pivotal games in Nottingham but also elsewhere, a disappointing 3-1 defeat at home to Fulham and 2-1 defeat at Barnsley providing two examples of this lack of drive. Whilst Nottingham still sit above these teams, it is obvious that losses against them will be costly come the end of the season.  However, it would be harsh to criticise Forest’s form against the sides in the lower regions of the table, with seven of their eight wins so far coming against teams in the bottom half of the league, it is in fact the stark opposite; their league form against teams from the top half of the table that has been the problem.

This is indeed a large problem for Forest. If any club wants to gain promotion to the next division, beating the league’s in-form sides is a necessity, something which Nottingham Forest aren’t doing. Despite victories against Sheffield United and Middlesborough this season, Forest have only won two out of seven games against sides in the top half of the league, losing the other five. Teams such as Leeds and Reading have took all the points against them, games which were must win games if the Trickies hoped to leap frog them in the table. This is notably why the club are ninth. A lack of drive, intensity and potency has left them on the verge of a potential play-off place, but struggling to find the desire to win against the top Championship teams. To win big games takes big goals; this is what the club are lacking in these fixtures.

Daryl Murphy is the club’s first choice striker this season, starting thirteen league games thus far, scoring in six of these games. If Forest are going for promotion this season or next, they will need their top striker to better his ratio, especially considering few other players are scoring. All the blame can’t be pinned to one man, he is the joint top scorer and posing the biggest threat in the forward position, yet collectively the strike force at the club must all be held responsible. Zach Clough and Ben Brereton are yet to find the net this season in eight league games between them as the alternative choice strikers, a clearly underachieving second choice for Forest to turn to. It has been attacking midfielder Kieran Dowell who has had to provide the absence of goals, joining Daryl Murphy on six goals. To rely on a central midfielder for the clubs attacking inadequacy lies at considerable fault for Forest’s lack of potency against the top sides, being unable to break down the most solid defences in the league. It is clear therefore that a back up to Murphy is needed, accompanied with the first choice striker adding a few more goals to the score sheet.

However, Tyler Walkers brace at the weekend came as a nice surprise to Forest fans. A young player starting and scoring is always positive to see, particularly with the physical talent the youngster is clearly exhibiting. Certainly, Walker has made a statement for himself prior to the International break and a tough decision for manager Mark Warburton for who he starts against Birmingham City on the 18th of November. This competitiveness for single positions is exactly what Forest need, to give the manager multiple options and multiple tactics to break down the top sides. Walker’s influence could potentially be the solution to their attacking force, a fresh and confident player to wear down defences late in the game to snatch much needed points. Such a decision rests on Warburton’s shoulders.

The victory against QPR has certainly raised spirits and is potentially the incentive to maintain some solidity all over the pitch, but specifically their goal scoring record. As the manager stated after the game: “We created a lot of chances against a very good QPR team who came here on the back of two great results. We’ve played as well as we did today in other games but didn’t take our chances. Today we did and that was ultimately the difference.”

Forest highlighted their ability to be clinical against the Hoops, as Warburton points out, yet it is doing this regularly which will change the club from a regular second tier team, to table topping champions.

All heads turn to Nottingham Forest’s next game against 22nd placed Birmingham City, a must win game if the team want to carry on pushing. Their starting attacking option will be interesting to see, does Warburton play Murphy to try and instil more confidence in the first choice forward, or does he turn to the young Tyler Walker after his fine performance against Queens Park Rangers? Only time will tell if Forest can finally transform themselves to a consistently feared side among their Championship opponents.

Images courtesy of The Stadium Guide via Flikr. No changes were made to this image. Image license found here.