The Royals: A Revolutionary Engagement?

“His Royal Highness The Prince of Wales is delighted to announce the engagement of Prince Harry to Ms Meghan Markle” – These recent yet iconic words, which you can find more about here, hail a new era of monarchy.

The royals have inspired both fascination and frustration for generations, and yet Harry’s romance seems to have inspired a sense of national pride. When reflecting upon why this could be, the answer strikes me as inescapably obvious: we all love a love story.

Delving deeper, why is this particular engagement of such interest to me, or indeed, why should it be to you? I think the reason lies in the distinctly modern nature of the relationship. Prince William and Harry represent the bridging of a gap. Their presence online, particularly in relation to social media, is representative of a new age. A time when royals are still upheld, yet are deemed more approachable.

The boys have mastered the art of presenting a sense of family and humanity (evidenced in Harry’s admirable dedication to the armed forces), which the ordinary populous can appreciate and connect with. William and Harry have worked hard to preserve family values and the results speak for themselves; Will and Kate’s wedding being viewed by an estimated 2 billion people in over 180 countries, a figure sure to be replicated in Harry and Meghan’s nuptials. 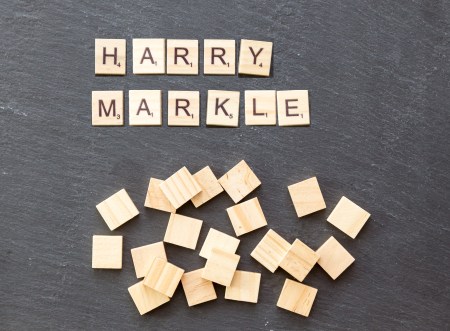 Looking closely at Harry and Meghan’s relationship, it’s no wonder our hearts have been captured. Quite simply, it is the tale of two individuals, both with considerably more ‘life experience’ than is the norm for a royal couple. A couple marked by a passion for helping others, who throw themselves into aid and humanitarian work, and whose modern cohabitation is epitomised by the delightfully relatable nature of Harry’s proposal “Just a cosy night”.

Moreover, Meghan reflects an injection of diversity into British nobility. She is a fiercely strong woman, one who refuses to be defined by her race; a factor that has been scrutinised by the media. Ms Markle is of African American heritage, and thus her marriage and future children will impose revolutionary (and very welcome) changes to the British Monarchy.

“For young women she is somewhat of a role model”

To concludem I believe the nation to be so enchanted with Meghan because for young women she is somewhat of a role model. She is a much-needed breath of fresh air, a self-proclaimed feminist with a successful acting career to boot; in short, our very own, wonderfully modern, Grace Kelly.