“Best graduate job you can get”: Interview with SU Education Officer Cassie O’Boyle 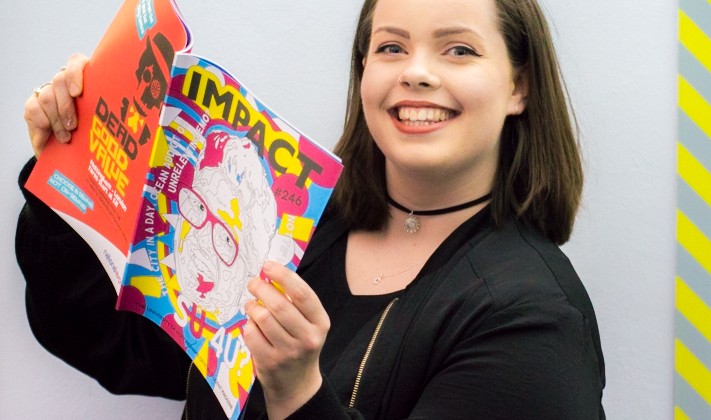 With the 2018 Students’ Union Elections now finished, Impact talked to Cassie O’Boyle, the Education Officer, to learn more about her time in office.

During the interview, Cassie talked about free graduation, lecture capture, the strikes and more.

Cassie: “It has been pretty good. It is not easy all of the time, but it is amazing. All of the Officers are good at their jobs and being part of that team is amazing. It is also exciting, [with] no day [being] the same. Best graduate job you can get.”

“There have been a lot of difficult conversations with the UCU, staff, [and] students”

What would you say has been your greatest achievement?

Cassie: “The graduation campaign is a massive one. It is weird for me to say that I am proud of it without saying what the outcome is. I am really excited for the University to release some comments on it.

“Lecture capture is another big one. It is one of those projects that has literally happened for seven years. I am happy that I am the officer to see that policy come through. But in reality, all of the Education Officers before me have done a great deal. It is not all me who has worked on this campaign.”

And your greatest challenge?

Cassie: “The strikes. It has been the most challenging thing that has happened this year without a doubt. There have been a lot of difficult conversations with the UCU, staff, [and] students. It has all round been a tough few weeks dealing with all of this. But I think it is one of those things that will prepare me for the future.”

“They are also looking at changing the VIP offer”

There has been a lot of talk about graduation costs. Have there been any updates regarding this?

Cassie: “UEB met at the beginning of January and asked the Student Service team that deal with graduation to look at the financial viability of two free guest tickets. They are also looking at changing the VIP offer. Essentially the University has agreed to research into it. There is an update coming but it is currently embargoed until the University decide. But I think within the next few weeks they will be releasing something with the outcome because people will be wanting to get their graduation tickets.”

Have there been any updates about creating an infographic identifying how student tuition fees are spent?

Cassie: “This is the one thing that I don’t like about my job. Being the Education Officer, a lot of my job revolves around lobbying the University. It is really difficult to get the University to do what you want them to do, as you can imagine.

“They have agreed to make an infographic. I have not seen a materialized copy of that said infographic. They have said to me that they are happy to do it. The problem they have is if they should do a different one for home students and international students who obviously pay more, [and] do they do different ones for engineering, which costs more to run as a course. Therefore, they are trying to figure all of that out. I have been told that it is coming.”

What are you still hoping to accomplish?

“As a whole team, we have put a lot of time and effort into reviewing what we do, how we engage with student voice, [and] how we make sure Officers are supported to do their roles.”

“I have been working to advocate for PhD students”: Interview with SU Postgraduate Officer Yolanda King