“My biggest challenge is that there is only one of me”: interview with SU Equal Opps and Welfare Officer Laura Bealin-Kelly 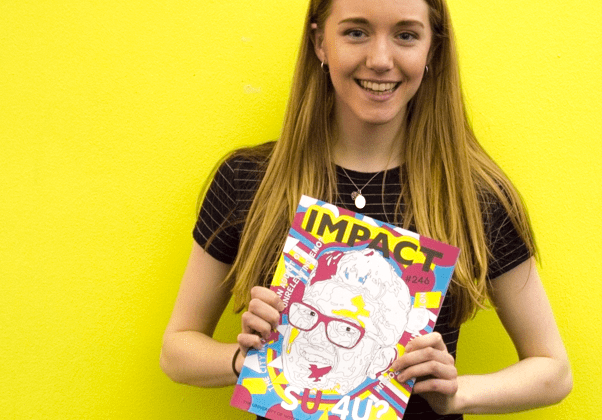 In the light of recent SU Elections, Impact caught up with Laura Bealin-Kelly, the current SU Equal Opps and Welfare Officer, to talk about her time in office so far, biggest challenges, achievements, and what the role has taught her.

Laura: “Busy. Very, very busy. I think the role has opened up so many more opportunities for me than I initially thought. When I went into the role I thought I knew what it was going to be like, and that was all true. You know, I thought I’ll be completing my objectives, working with various different welfare groups and individuals within the University, but I ended up getting involved in so many other projects that I didn’t think I would.”

It’s a bit overwhelming, isn’t it?

Laura: “It can be at times, yeah. It can be very overwhelming. But there are also times when you stand back and think: I didn’t think I’d end up doing this, and I have, and it’s been really fun.”

What has been your greatest achievement so far?

What has been your biggest challenge?

Laura: “My biggest challenge is that there is only one of me. I realise that might come across as sounding really obnoxious. I don’t intend it to sound that way. The difficulty I have is that there is, at the moment, very little kind of resource. I’m lacking in a bit of support where I’d like to have a bit more support. I’ve been trying to do all these projects and I found them really difficult because I’m not able to devote as much time to each project as I’d like to because I have so many other things to do. So, that’s been challenging. It’s about accepting I probably won’t do all that I want to do, because I don’t have enough time. I need to make sure that the things I do do, I do well.”

At the same time, having lots of projects allows you to work with a lot of different people. That must be exciting.

Laura: “That is exciting. What I find really exciting and encouraging to me on a daily basis is hearing about the projects that students are working on and the amount of stuff that they manage to achieve whilst they’re doing a full-time, or part-time, degree is just incredible. Even though I know I’m not a part in their success, I want to champion those projects and those individual students for the success they’ve achieved.”

What are you still hoping to accomplish before the end of your time in office?

Laura: “I’m still hoping to accomplish my toilet door sticker campaign. This is still quite a self-contained project that I’ve been working on slowly throughout the year, but by the end of my term here I want to have vinyl stickers up on as many toilet doors on as many of our campuses as possible.

“It’s [to ensure] greater visibility of the student support services to individual populations of students […] We can’t be complacent and just expect they’ll look at our website. The idea of putting stickers and information in the areas that students are in on a daily basis is to enable them to see the information and to absorb it without having to go and seek it out themselves.”

Do you have any advice for the next Equal Opps and Welfare Officer?

Laura: “Figure out what you’d really like to achieve, and try and stick to that, because you won’t be able to do everything, and that’s okay. You’re only one person. So, be conscious that even if you help one person this entire year, you’ve at least done a good job. Hopefully, you’ll help more than one person, but you’re part of a bigger picture, and you don’t have to fix everything.”

You’re Fired! For what you posted on social media