During our Students’ Union Elections Media Day on Saturday 24th February, we chatted to the candidates who are running to be elected as your LGBT+ Officer for the 2018-19 academic year. Take a look at what they had to say. 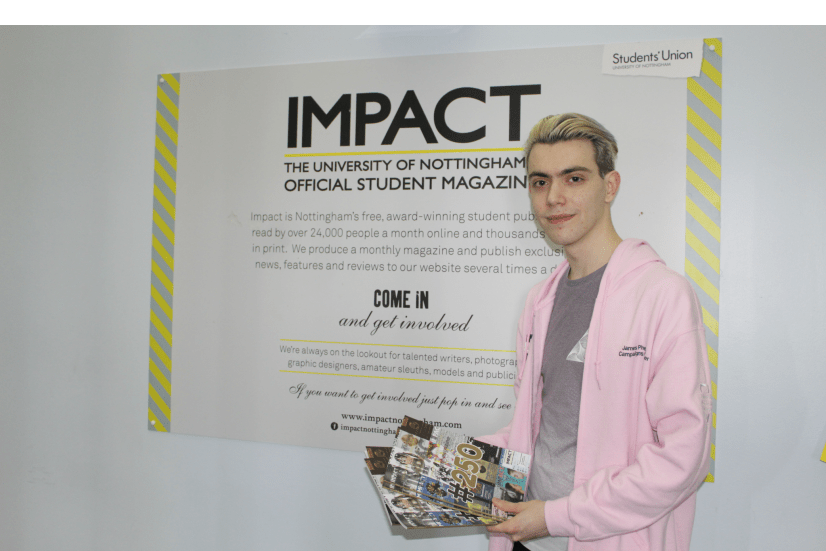 James Pheasey is a third-year Philosophy student running for the position of LGBT+ officer. Here’s what he had to say about why he is running and what he hopes to achieve.

He is currently the Campaigns Officer for the LGBT+ committee, and believes he has the experience needed for the role: “I have lots of experience, alongside being on the LGBT+ network, I am President of the Philosophy society for this year which has been a lot of work.”

James describes how he is most looking forward to “meeting more people and a larger variety of people who are part of the network” throughout the campaign process.

In terms of his policies, he says: “I have split them into two main policies. The first is inside the network, maintaining socials and potentially changing the current socials slightly. Also, hopefully ensuring equal representation of the different groups within the LGBT+ community on the committee.”

He thinks this is important because “there are so many different dominations that sometimes it is hard to make sure each identity is represented.”

James is also keen to see the progression of the implementation of gender-neutral toilets, a policy from this year, “not just on University Park but on other campuses too.”

He also wants to “see what training, if any, academic members of staff have had about LGBT+ issues and if this is adequate so that they have support available”.

To read the manifestos for your LGBTQ+ candidates, head to the Student Leader Elections website.

IMPACT ON THE CAMPAIGN TRAIL: DAY 3