Esther had the honour of sneaking into one of the rehearsals for the NNT’s upcoming fringe play, Vaginal Discharge... 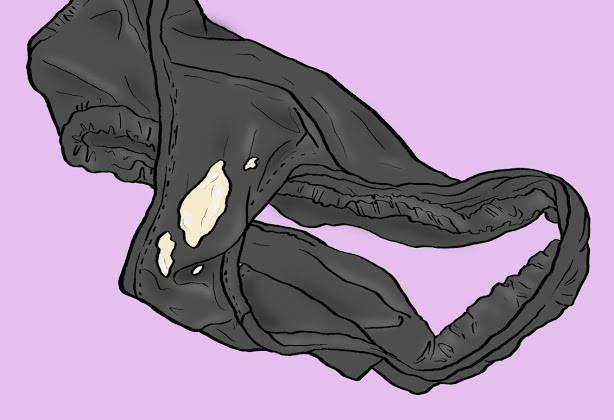 Written and directed by Florence Bell, Impact swung by to discuss the play with both her, producer Francis Simmons and a few other members of the cast, including Beth Summerfield and Laura Wolczyk. The play hits hard on 21st century concerns, primarily looking to desensitize stigmas surrounding femininity, whilst re-evaluating what audiences think of feminism.

The play follows the lives of four people: three women and one man, and two words ‘vaginal discharge’. Or as Bell so aptly puts it, “three people with vaginas, one without.” The aim of Vaginal Discharge appears to be correcting misconstrued conceptions about the female body. Set within a family household and featuring real conversations and situations that, either as a teenage girl or a dad, we’ve all had at one point in our lives.

From watching the cast rehearse a scene, the clash between the older traditional generation and the new, emergence of the young was a key aspect of the play. The play seeks to explore how we understand ourselves, asking whether we choose our roles, or if they’re inherently given to us?

Summerfield described how “the nature of the play means you’re quite open with everyone.”

The plot appears to follow the concept of ‘vaginal discharge’, endlessly repeating it in order to relate it to a much wider problem. Bell revealed that the media is only a small part of the problem when it comes to viewing female bodily functions as taboo. She asserts that writing it reveals something much bigger, “it’s like they don’t say it on the news and you wouldn’t say it in front of your dad, with the play pushing us to say those things out loud.

In fact, Bell argues that the play could be said to be about how exhausting being outwardly feminist is, reflected through the repetitive and tiresome nature of saying ‘vaginal discharge’ over and over again.

When discussing the different aspects of the play, the team commented on how much they have enjoyed the whole process. Sure, it’s about a very serious subject, but Bell and the rest of her production team play around with different concepts, educating the audience in a comedic way.

As Wolczyk states, “it’s been so fun to work on, everyone’s been lovely, I came into it late and still feel a part of it.”

I also asked about the accessibility of the play; the fact that breaching a subject in such a bold way must have been refreshing to most. Bell informed me that she actually thought the title of the play might have put some people off and even considered changing it. The way she got around it was by using the two words as a structural device, an on the nose reference for the audience to pick up on. The play’s poster is an apt expression of what the play aims to do, hinting at the play within the play.

They appeared to be a  close-knit cast. From watching them rehearse, I could tell that the construction of the play was a mish-mash of everyone’s interjections and ideas.

Finally, when asked to sum up the play in just three words, Florence and her cast settled on: “funny, meta and feminist”.

Vaginal Discharge is on at the Nottingham New Theatre from 14th -15th May.