Another month, another horoscope by Holly Wilson, The Impact Features Astrologer 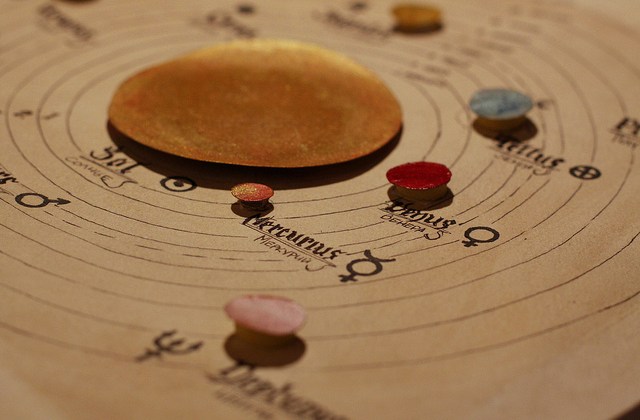 Wondering which look you’d have gone for to this year’s Met Gala? The theme this year was ‘Heavenly Bodies: Fashion and the Catholic Imagination‘ but what would have been your go-to look (should your invite not have been lost in the post that is)?

Bookings for the Vatican have suddenly gone through the roof after this popish look hit the carpet. It was a strong choice to go as the Big Man himself, only one down from going as the Lord Almighty, but if anyone is going to pull it off, it’s you.

You were dedicated to the cause and the theme, and are a strong advocate of the introduction of casual chainmail into Fall/Winter 2018 fashion. You even dyed your hair for the night, and honestly all of your commitment paid off. The night was even just a little bit more successful than the actual Joan of Arc’s campaign.

What’s the best way to hide a baby bump? Wear a gown that makes your hips rival those of Marie Antoinette! You paired the soft yellows with the decadent jewels in a way that has been truly missed since the days of the Renaissance, and we’re all glad to see it back again.

You love to take the role of the martyr; the swords to the heart are a subtle way of letting the boys know that you might be single again. We all know the theme was sort of made with you in mind, and you make sure those who didn’t know, get to know.

You sort of came looking like a seedy restaurant owner, and the comparisons to Disney’s Prince John are totally fair. Not entirely sure why you came as a medieval lord and why you have a solo picture and Lana doesn’t, but you do you I guess.

Disney better be taking note, as that skirt looks like it belongs on a ballroom dancefloor with its inspiration taken straight from the roof. You avoided the potentially dangerous trend of swords and spikes, instead channelling art almost as perfect as you are.

Flushed and stunning, just like a Renaissance painting, you didn’t come with the biggest dress but no one can doubt that you fully committed to the brief. Everything about your look says you’re here to be poised…but also party at the first given moment.

If it wasn’t enough to have a train as long as the entire staircase, you had to have a whole leg showing too. All in all, you’re here to steal attention from anyone near you, bestowing Catholic guilt to those who didn’t rock the theme as much as you did.

You’ve brought the Catholic fashion of the mid-medieval era to the modern day with a slap around the face and some intense block colours. Everything about your look is here to make people run to the confessional booth to plead sorrow for the sin of lust and you know it.

You stuck to the theme so strongly, due to your love of order, that you came as the entirety of the Catholic Church wrapped into one gold encrusted gown. You came to have a good time and rock a look you couldn’t on any other day of the year and I think more people should appreciate that.

You broke the male expectations by coming in full theme and everyone should adore you for that. What’s the point of coming to a fancy dress party in jeans and a t-shirt? You’re here to be the centre of the party or nothing at all.

You walk onto the carpet with serenity and perfection, not a hair out of place. The tears glittering on your cheeks are an indication of what’s to come later in the night, and you feel like you’re representing all of the martyr angst and torture topped with sunbeams.

For a full gallery of the Met Gala 2018 Looks, visit the Vogue website.

Featured image courtesy of ‘Dmitry Boyarin’ via Flickr. No changes made to the image. Image licence found here.