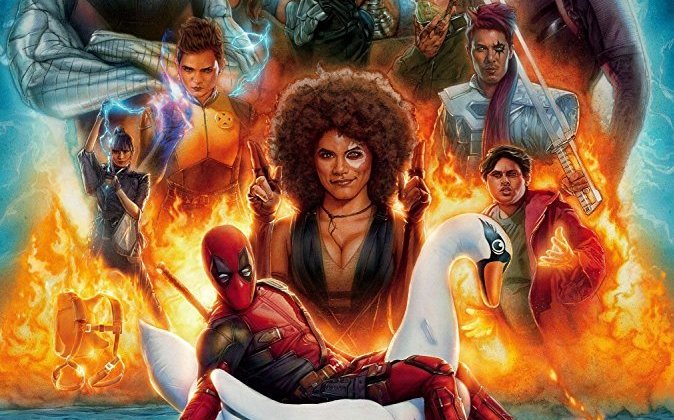 How do you write a sequel to the highest grossing R-rated film of all time? This was the task given to director David Leitch. On Tuesday 15th the merc with the mouth, played by Ryan Reynolds returned to cinemas in Deadpool 2 to fight the time traveller Cable (Josh Brolin). Did it live up to its sky-high expectations?

As in the first film, it doesn’t take long to jump straight into the action with a gory opening fight montage that looks like it could’ve been directed by Quentin Tarantino. This gets pulses racing from the start. Then in typical Deadpool fashion, he breaks the fourth wall and reminds us that this is a family movie.

The plot of this film revolves around the core theme of family, creating a very personal connection to our hero. This is not like huge superhero blockbusters like The Justice League or The Avengers, as Wayde (Reynolds) constantly reminds us with quips such as ‘so dark! Are you sure you’re not from the DC universe?’ in reference to the gritty tone created by Zack Snyder. This is not a story about saving the world, but about saving a child. While the film ups the stakes from its predecessor, they remain very much personal.

As Reynolds himself has explained in interviews, there are both pros and cons to making a sequel. While it won’t have the same shock value of mocking the entire comic book genre, it can also be more creative as it is no longer tied down to an origin story. I feel the storyline for this film is more rounded than the first, and although Reynolds steals the show again, it better utilises its cast.

Josh Brolin is having the summer of his life, playing Thanos in Avengers: Infinity War and now Cable – which inevitably Reynolds mocks. I don’t think Cable has as much nuance as Thanos, but Brolin certainly gives a compelling performance. Other stand out performances include Zazie Beetz as the arrogant, sassy Domino and Julian Dennison who is both hilarious and gut-wrenchingly emotional as Russell, the child that Deadpool is protecting. If you’ve never heard of Dennison before (which you probably haven’t) I highly recommend watching Taika Waititi’s Hunt for the Wilderpeople, which is one of the funniest films I’ve ever seen.

Back to the review, the film combines stunning action sequences, packed with dramatic slow-mo shots and relentless jokes which almost always land. It’s everything you expect from a Deadpool film with just a little bit more heart. The music in the film is also great, with everything from Skrillex to ‘Tomorrow’ from Annie. But the highlight of it all was the original title score, ‘Ashes’ performed by Celine Dion, which is a hilarious parody of the iconic James Bond title sequences.

I recommend everyone go see this film, anyone who was a fan of Deadpool will be thoroughly satisfied. And one more thing, don’t leave the cinema as soon as the credits roll. Deadpool 2 has hands down the funniest mid-credit sequence ever made. This is Ryan Reynold at his finest. While I can’t in conscience say that this film is better than the first, I will say that it comes very, very close. (Drops mic).