Interview with Tom Grennan: Headliner at Barn on the Farm Festival July 2018

Katie spoke with singer-songwriter Tom Grennan, discussing his career so far and the upcoming Barn on the Farm Festival... 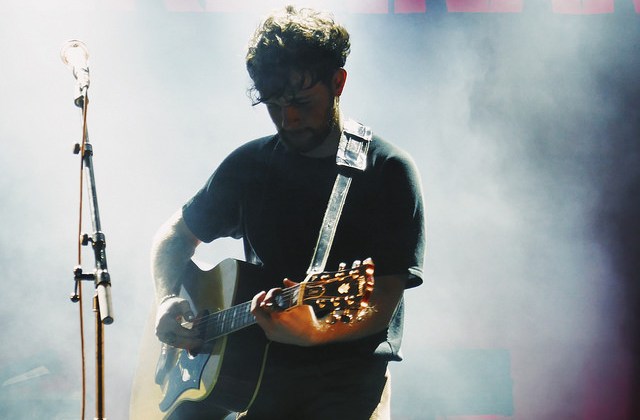 From guest vocalist on Chase & Status ‘All Goes Wrong’ to the voice of Sky Sports’ Premier League coverage and Fifa 2018 with ‘Found What I’ve Been Looking For’, London singer-songwriter Tom Grennan takes the limelight, headlining Gloucester’s Barn on the Farm Festival and releasing his debut album Lighting Matches this July. Impact caught up with the 23-year-old to talk about his rise to success, his upcoming album, and all things Barn on the Farm.

With his debut album Lighting Matches being released the day before his first headline performance at Barn on the Farm, July is definitely a significant time for Grennan. When asked about the writing process and inspiration behind Lighting Matches, he tells of the impact the album has had on him: “When I was writing it I didn’t go ‘ah okay now I have to write an album’, I was kind of writing it just because I was in the studio writing and writing and writing. But for me, now that the album’s done and listening through to it again and again and again, it’s an album that takes me on a journey of maturity and I’ve definitely matured when writing it.”

Labelled as ‘one to watch in 2018’, Tom Grennan has become somewhat of a Bedford hero, rising through the ranks with his soulful and punchy music, leaving an impression on both those he has worked with and his ever-growing fanbase. When asked about his transition from guest vocalist to headliner of Barn on the Farm he was clear about his ambition from the start: “I didn’t want to just be that guest vocalist on a Chase & Status record even though it was so good and still is so good. I wanted to be my own artist and I wanted to have longevity.” 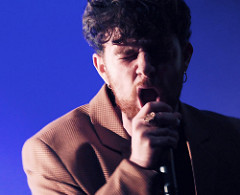 Grennan’s latest hits featured on his album certainly showcase the singer’s husky voice and raw emotion, with ‘Barbed Wire’ standing out as particularly gritty yet still enormously uplifting, and ‘Sober’ highlighting his energy and unique style. It’s hard to pin down the genre of Grennan’s music and there is great variety in the artists who have influenced him: “I was a massive grime fan when I was growing up,” he tells Impact, “but my dad is this old Irish fellow who just listens to like loads of Irish folk music and I don’t think it’s influenced me, but in a little way it has I suppose.”

“Yet despite his success he remains as determined and down to earth as ever.”

He continues: “I have influences of course, they’ve obviously put their footprint in the kind of music that I like and the kind of music that I enjoy listening to, but I love that kind of stuff that my dad listens to. I love Gram Parsons, Robert Johnson, Amy Winehouse. I love Howlin’ Wolf, but then I also love A$AP Rocky’s new album, Kanye West, Eminem, Dr. Dre.”

Grennan may look up to these artists, but now he’s up there as a festival headliner. Barn on the Farm has been home to big names such as Ed Sheeran, Ben Howard, Bastille, and George Ezra. Moving from performing on a smaller stage last year to being given the opportunity to headline shows how he has established himself in the music world and is certainly on the way to achieving the longevity he seeks. Yet, despite his success, he remains as determined and down-to-earth as ever: “Obviously it’s amazing, it’s very humbling and very sick and I’m just enjoying every moment of it really, but this is my plan all along. I wanted to do this. […] My plan was never to just be sat on that lily pad, I wanted to jump to different lily pads, you know what I mean?” 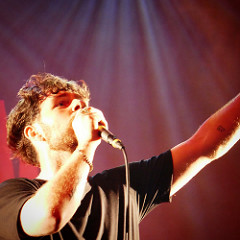 Looking back on his experience at Barn on the Farm last year, he told Impact his thoughts about his upcoming performance on the main stage: “Yeah it’s gonna be sick, that was my first time last year going to Barn on the Farm and the energy and the sun was fully out as well and it was boiling hot. But the energy was just amazing, so to be able to say that I’ve gone from last year on the small stage to this year headlining the whole thing, it’s pretty crazy.”

“There’s a lot of sick people playing so when I get there I’ll definitely check people out.”

Grennan seems to be looking forward to going back to Barn on the Farm, a place which is different to everywhere else he has performed: “The energy around Barn on the Farm when people were there, it’s got a proper different vibe to it, it’s cool. It’s a smaller festival, I don’t know how many people it is but it’s more intimate I suppose, bueveryone’s still having it though.” It’s not just his own performance that Grennan is looking forward to: “There’s a lot of sick people playing so when I get there I’ll definitely check people out.”

“I’m just lucky to be in the position to be able to do that. It’s pretty sick”

But he doesn’t stop at Barn on the Farm, we can expect a lot more from the 23-year-old following his headlining performance: “Definitely more tours. I’m out on tour in October in England, September in Europe. But obviously what’s to be expected after this is I’m gonna get writing again and hopefully have the chance to slip an album and keep progressing and keep creating and keep the fire lit you know? So yeah that’s the plan.”

2018 seems to be the year for Tom Grennan and his first headlining performance at Barn on the Farm is one not to be missed. It’s an exciting time for both the singer and the Gloucester festival crowd.