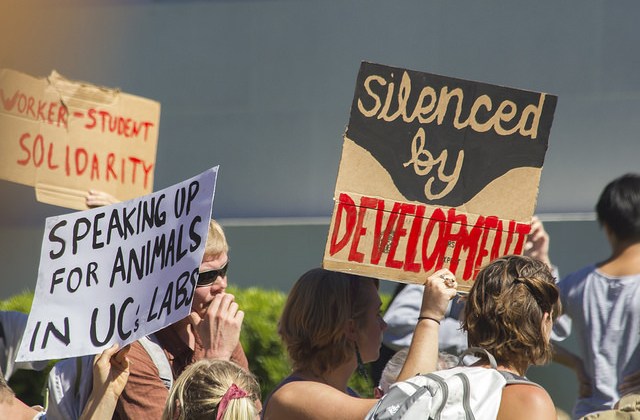 CockSoc Society used live animals as part of the entertainment at their annual ball.

The Cocktail Society Ball, generally known as CockSoc Ball is extremely popular with graduating students, often as an alternative to the official Grad Ball, so tickets are expected to sell out upon release.

“One of Nottingham’s oldest and best traditions”

The ball, which is held over three days, started off on the 19th June.  The society describes the event on their website as “one of Nottingham’s oldest and best traditions”.

This year the theme was Ancient Egypt and society members were to expect a night of dining and dancing amongst pharaohs, sphinx and the pyramids.

What also appeared to be a part of the theme and décor was the use of live animals. Camels were used at the ball as an attraction whilst the students mingled.

On behalf of UON Animal Rights Society, student Emily Amber Perryman expressed how the use of live animals (camels) for entertainment is unacceptable.

“Live animals should not be exploited for human entertainment ever… a loud, busy environment with lots of students at an event is possibly the worst environment for these complex animals.”

The statement also urged students to show support and urge the University not to partake in such acts of animal exploitation again.

Was VAR ready for the World Cup?

Interview with Tom Grennan: Headliner at Barn on the Farm Festival July 2018