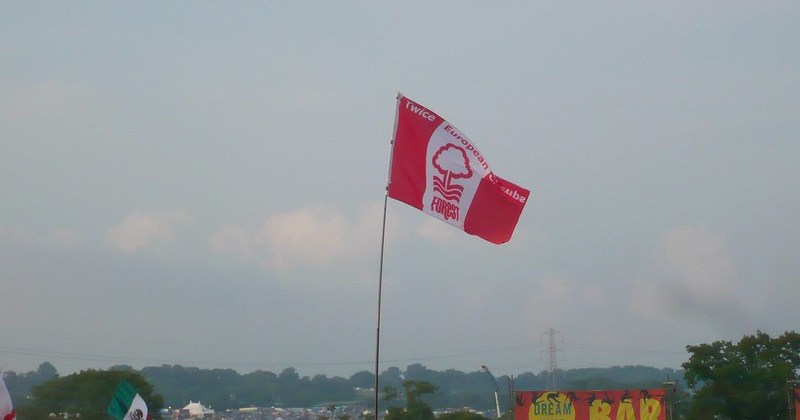 After a very successful transfer window, bringing in fourteen new additions, Nottingham Forest have begun their season with a mixture of results under the leadership of Aitor Karanka. After a quarter of a season, despite losing 2-1 at home to Norwich on Saturday, they now sit 8th in the Championship table and only two points from a play-off place. However, many fans have become frustrated over Karanka’s style of football and with the team having racked up 7 draws from 13 games it is easy to see why.

It must be remembered that Forest finished in 17th place last season and have not finished in the top half of the table in the last four years. Prior to their game against Norwich on Saturday they were 5th in the table having only lost one game. To be over critical of Karanka’s reserved style of football would therefore be unfair considering their position in contrast to the previous few years. So with the idea of promotion not being out of sight, and having only lost two games so far, credit needs be given to Karanka. It is merely frustrating for fans when the manager seems reluctant to push for a win that is well within their reach.

“The priority in previous years has been to avoid relegation, the fact that Forest are a potential play-off contender and have produced impressive performances to beat some of the league’s best teams is optimistic.”

The game against Norwich was an extremely disappointing one for Karanka’s men. They were dominated on their own turf by a side that were not technically or physically far their superior. Norwich had 19 shots in comparison to Nottingham’s 7, a potential sign that there is an offensive issue at the club, not necessarily with a lack of quality but a lack of drive. Karanka stated that he “can’t forget how important experience is in the Championship,” when asked of his possible selection of both Watson and Colback. The midfield pairing were impressive in their previous win before the International break over Middlesbrough, yet could not replicate this against the canaries.

Karanka in the mid-week press conference emphasised the importance of winning on home soil, particularly after another disappointing draw in their previous home match against Millwall. Karanka will be unhappy with Saturday’s performance but despite a lack of consistency in recent games, Forest are in a good position in the table and are defensively very hard to breakdown for opposition. The priority in previous years has been to avoid relegation, the fact that Forest are a potential play-off contender and have produced impressive performances to beat some of the league’s best teams is optimistic.

“It is whether they can start providing regular goals and assists that will distinguish whether their time at the club is successful or not.”

A key change from previous years is in the expenditure of the club, with Karanka sparing no change in ensuring he had a squad worthy of promotion. The addition of the young Portuguese trio of Diogo Gonçalves, João Carvalho and Gil Dias was highly anticipated and gathered a lot of speculation for the season. Carvalho’s fee of £13.2 million from Benfica for one of the most promising young Portuguese talents seemed a bargain, and despite a relatively slow start he is progressively demonstrating why he deserved the price tag, providing two goals and three assists so far. Dias and Gonçalves are both only on loan, but were similarly exciting prospects for the club. In reality, they’ve both started relatively slowly and haven’t produced the goals and assists some expected. As with Carvalho, the pair have shown glimpses of class, particularly in recent fixtures with Dias being very impressive against Middlesbrough. It is whether they can start providing regular goals and assists that will distinguish whether their time at the club is successful or not.

On the young Portuguese player’s progress, Dias said “we’re learning and we need to show now that we want to win”. Karanka further supported Dias, stating that he is “trying to find his best, he is an amazing player”. With English football being more competitive than ever, allowing young talents time to adapt is important and it would be harsh to say the duo are below expectations with only a quarter of the season played.

Nottingham Forest’s season so far can only be summed up as a work in progress. With 14 new additions to the squad and a manager who is still trying to integrate his philosophy, the club and its players need time to get to grips with each other. They are only 2 points off the play-off places, and with such a young squad who need to acclimatize to the competitive and physical nature of English football, I think there is only more to come from a very promising team.

Featured image courtesy of Tom Phillips via Flikr. No changes were made to this image. Image license found here.

10 Revision Hacks You Should Abide By

‘To your health:’ Being Kinder To Your Liver On A Night Out