Loot Boxes: Is your Overwatch skin worth exposing children to gambling?

Tom examines the changing view on 'Loot Boxes' - Is it really gambling?

Loot Boxes, the very thing that I’m sure causes most people to roll their eyes and sigh with discontent as they have eeked their way into nearly every genre of game: sports, shooters, fighters, even some RPGs. But there seems to be a dangerous future for any company that seems to want to include these money-making machines in any future games, as many governments and law-making organisations have had this issue raised and could potentially illegalise the menace. Impact takes a look at the changing attitudes towards Loot boxes.

The idea of loot boxes as gambling is strange but rather simple, some may ask how they count as gambling, but it can really be reduced into a slot machine. Taking the example of Overwatch, it is fairly literal as you watch spinning disks fall from the sky to reveal if you got the prize you wanted. This is very similar to the popular mobile game genre of ‘Gacha’ – games that have progression based on unlocking better cards/toys/characters through opening ‘packs’ or loot boxes.

‘Gashapon’ is an onomatopoeic Japanese neologism for the sound of turning a crank and a toy capsule falling out. Both these can become rather addictive as it can be seen that people spend hundreds of pounds on these real life collecta-thons, some examples show young children spending thousands of their parent’s money on it. It’s dangerous and addictive, however the UK gambling commission doesn’t recognise this as gambling since you cannot cash out what you get in either Gasha or Loot Boxes. 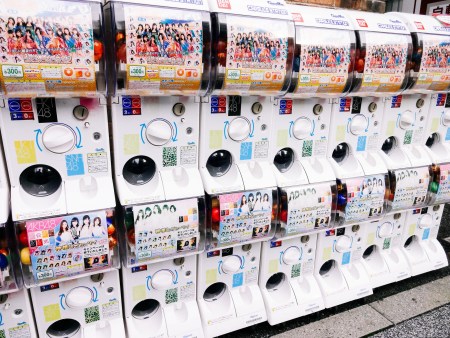 This distinction is strange as you are still paying for a ‘bet’ to win digital content. However, in Belgium, Loot Boxes have recently become fully illegalised and have asked for any paid form of loot box be removed from games. Meaning games like Overwatch still have loot boxes, but they cannot be bought. An argument can be made for this ruining the game for Belgians as they have less access to unlocking that cool Pharah or Moira Halloween skin.

China, meanwhile, has had regulations against Loot Boxes for a while, demanding that the % chances be published publicly so that people can understand what they’re getting into (although companies just raise the chances in Chinese copies so that they can get away with using scathing odds everywhere else).

Gasha still runs beneath the radar however, but we cannot say that there isn’t a defence being mounted slowly against the wallet draining threat of this digital gambling.

This seems to be a small start, however something even bigger could come out of this since EA refused to remove loot boxes out of recently released game FIFA 19 – potentially their primary source of income. While there has been no escalation of this since the announcement on September 11th, if EA try to challenge Belgium further we could see a harder crackdown on the menace that is Loot Boxes.

The overall question that should be asked though is can we do anything about Loot Boxes? People are willing to spend this money (as am I) but is it better to protect younger players being exposed to what is, debatably, gambling or give us the freedom to spend what we think it is worth for the risk of a cool cosmetic, or just another Mei skin?