The Kids Are Definitely Not Alright

Jennifer discusses student stress and how to combat this 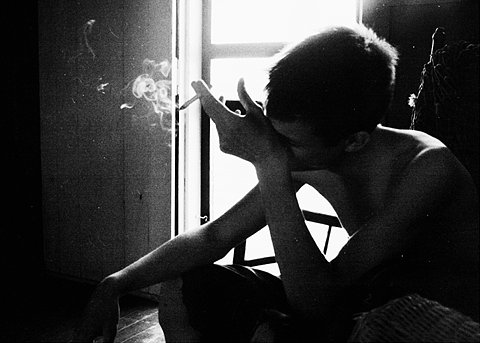 Stressed may be desserts spelled backwards, but nobody said university would be a piece of cake. When we took steps towards applying for universities we all knew that if we got in, the work would be more challenging – but the promise of freedom, alcohol, nightclubs and adulthood kept the worries about workload at bay. Skip forward two years and you find yourself up to your eyes in textbooks and worry, unfinished coursework in one hand, friendship drama in the other. Stressed may be desserts spelt backwards, but the proof of the pudding is that since your bank balance hit the negative, you won’t be getting your just desserts any time soon.

Desserts aside, degree-related stress is a very real truth for many students. NatWest’s Student Living Index ran a survey this year to find out which students were feeling the most stressed and whether universities were subsequently to blame. 43% of students rated their degree-related stress to be 8/10 or higher. Cambridge and Oxford students were found to have the highest incidence of students rating their stress as a 10/10, at 15% and 13.7% respectively (sorry Notts, you’re just too chill to be that stressed out).

As a student myself these seem like obvious statistics; I only need to take one trip to a campus library during deadline season to know the Kid’s Aren’t Alright. And yet surveys like these make the rounds every year, publishing results as though they were ground breaking. So, do we as students just accept our stressful woes as part of the university deal, when really, we should be questioning why our mental health is allowed to get a battering for 3 (give or take) years, all in the name of higher education?

Finances in particular are a significant cause of stress in students. According to the survey, nearly a fifth of students rated the stress of dealing with their finances at an 8/10 or higher. Virtually every decision made at university has a basis in a student’s financial status. Can I go out tonight if I want to go out on Friday night? Can I join this society? Can I join the gym? Can I live where my friends want to live? They all require a student’s mind to take a minute and do the math: can I even afford this lifestyle?

Others may argue that being able to make these decisions is all part of life’s rich tapestry and something that everyone’s just got to do. But what some people may forget is that, despite university being a full-time job in itself, the only money coming into the bank account for most students is that of the three instalments that grace their bank balance on three very special, what I call ‘Loansmas’, days (Tis’ the season). When over a third of students said that they received no student discounts at all, is it partially the responsibility of the universities that students across the country need to psych themselves up before daring to check their bank balance? Why can’t more be done to secure students with not only more discounts but also better education on how to look after finances when living the student lifestyle?

“student stress goes a lot further than having nightmares about deadlines”

Dr Michael Smith, a psychology professor at Northumbria University, notes how moving to university can “lead to feelings of loneliness, because family and friends from home are no longer around to provide the same level of social support as previously”. Dr Smith makes a poignant message: could it be that we blame workload and finance for our stresses and anxiety when really, they are merely the smokescreen for some deeper-set feelings of loneliness and fear. As more than 25% of students report dealing with a mental health issue of some sort, it seems that student stress goes a lot further than having nightmares about deadlines and being too broke to afford a Trent café ham and cheese panini.

This generation has come to accept a certain level of mental instability; the more plates you have spinning the more successful you are as a millennial. But what happens when our generation suddenly can’t handle the stress of the plates we’re spinning, our lives implode and the plates come crashing down? Desserts is still stressed spelt backwards, but with the desserts now off our plates and on the floor, I think its fair to say, all we’re left with is, stressed.

Statistics courtesy of NatWest’s Student Living Index 2018 press release on ‘How Stressed Are Students In The UK?.