Fashion Through The Ages 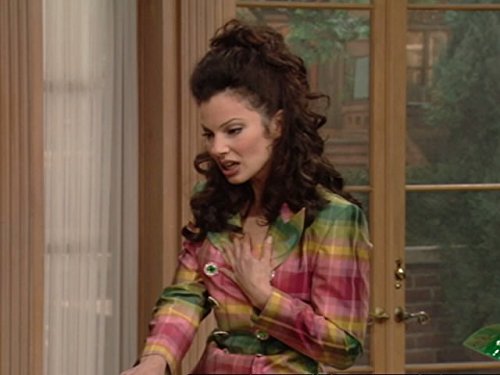 Our mothers’ love and care is something we all miss during our long semesters away at uni, so here’s what mothers in the most beloved sitcoms wore throughout the 20th century.

Lucy Ricardo from I Love Lucy was the picture of middle class housewife style that was prominent at the time; her wardrobe was full of house dresses that were made to be simple yet elegant to create the image of a happy housewife, not exhausted by housework. They were always tea length, were often worn with an apron, and involved a lot of plaid or chequered prints that were fashionable at the time.

For fancy occasions, she would wear floor-length dresses that were made to appear richer with the use of satin or velvet with gathered detailing around hips to resemble what the most fabulous Hollywood actresses wore at the time. 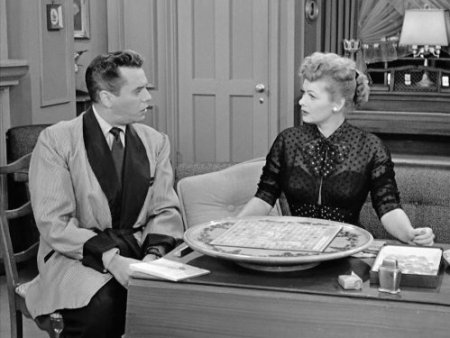 “Fancy wear became more casual too, though still involving a lot of satin and velvet.”

In the 60s, dresses got a lot shorter, as demonstrated by Donna Stone from The Donna Reed Show. Her style was similar to that of Lucy Ricardo, if only slightly more modernised. The scandal associated with women wearing trousers subsided, and a lot of housewives started following the trend. They usually wore them in dark colours or in plaid, and jax trousers were at their most prominent at the time, as worn by Laura Petrie in The Dick Van Dyke Show.

The ideal image of a housewife of the previous decade turned into an image of a working mother, and so the wardrobe became a lot more casual, involving turtlenecks, chunky knit and cowl-neck jumpers. Fancy wear became more casual too, though still involving a lot of satin and velvet. 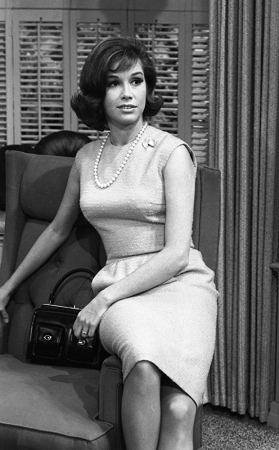 The hippie culture associated with the early 70s involved a lot of pastel colours, as worn by Doris Martin in The Doris Day Show. Loose cardigans, and cowl-neck jumpers were all the rage at the time, and Ann Romano from One Day At A Time was the picture of the casual knitwear in the late 70s.

“The 80s saw a rise for most women’s professional careers, and so masculine and power dressing was very fashionable all through the decade.” 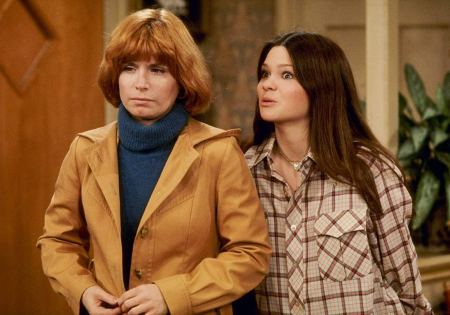 She also wore a lot of tank tops and vests on top of other clothing, which was popular back then. And possibly the most controversial right now, disco-style flared trousers were at their peak in the late 70s, and Ann Romano sported some as well.

The 80s saw a rise for most women’s professional careers, and so masculine and power dressing was very fashionable all through the decade. Clair Huxtable from The Cosby Show managed to integrate that into a home life, wearing shoulder pads and layered clothing that appeared semi-formal even in a domestic setting. 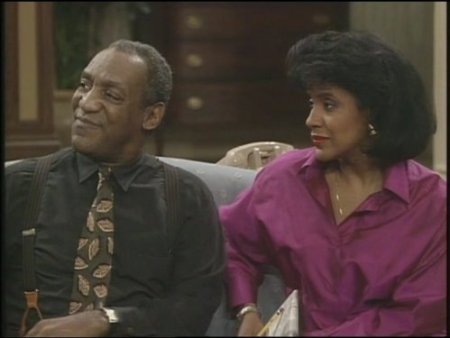 Bright colours were especially popular in the latter half of the decade – the brighter, the better. Oversized clothing came into fashion for the first time, and Clair wore some fabulous pieces that matched this particular trend.

One of the most fashionable mother figures of the 90s was Fran Fine from The Nanny, who stepped away from relatively conservative clothing that mothers before that tended to wear. She often appeared on screens in mini skirts and dresses, usually of bright colours, velvet or plaid.

Cargo pants and shorts were hugely popular in the late 90s, and Fran wore some too. Crop tops and turtlenecks were also a vital part of her style.

If you would like to write for Impact Lifestyle drop us an email at lifestyle@impactnottingham.com.

Second time lucky: Does the restructuring or reformation of bands actually work?