Sarah catches up with the team for this year's Medics' musical: Legally Blonde

Let’s start at the beginning; how did you choose Legally Blonde?

ML: It was a team decision. You have to look at how many leads there are, boy-girl ratios, the price. We got a shortlist of eight, and then we just picked one.

HR: A lot of us went away and watched Legally Blonde on YouTube and it was so active. It looked like it would be fun. 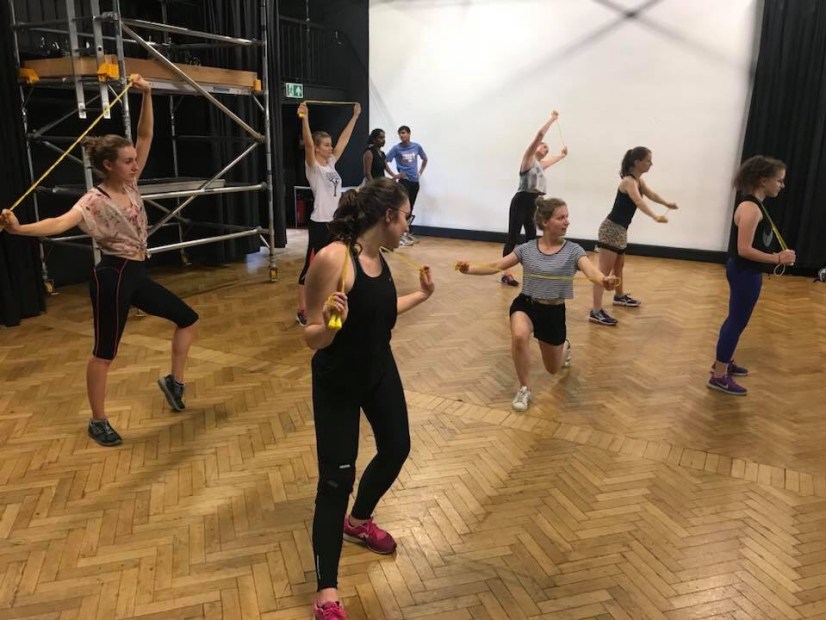 What made you all decide to get involved? Harry, you’ve previously worked with the Nottingham New Theatre.

HP: It’s a passion of mine. I thought it would be a chance to try something new; I haven’t had much experience directing.

JS: I hurt my knee, so I needed something to fill my time. I have a low-key background in drama so I saw it as an opportunity to pick it back up.

HR: When did your background start? West End productions…?

JS: My school got invited to the West End to perform Miss Saigon.

AR: And it had a helicopter.

Going in to production, what were the biggest obstacles?

JS: The sets are the main issue: the sorority house, Harvard, the law firm, a shopping mall, a hair-dressers – and we have a limited budget.

AR: Also, were we going to take the risk of 40 people on stage doing a dance number? Of course. 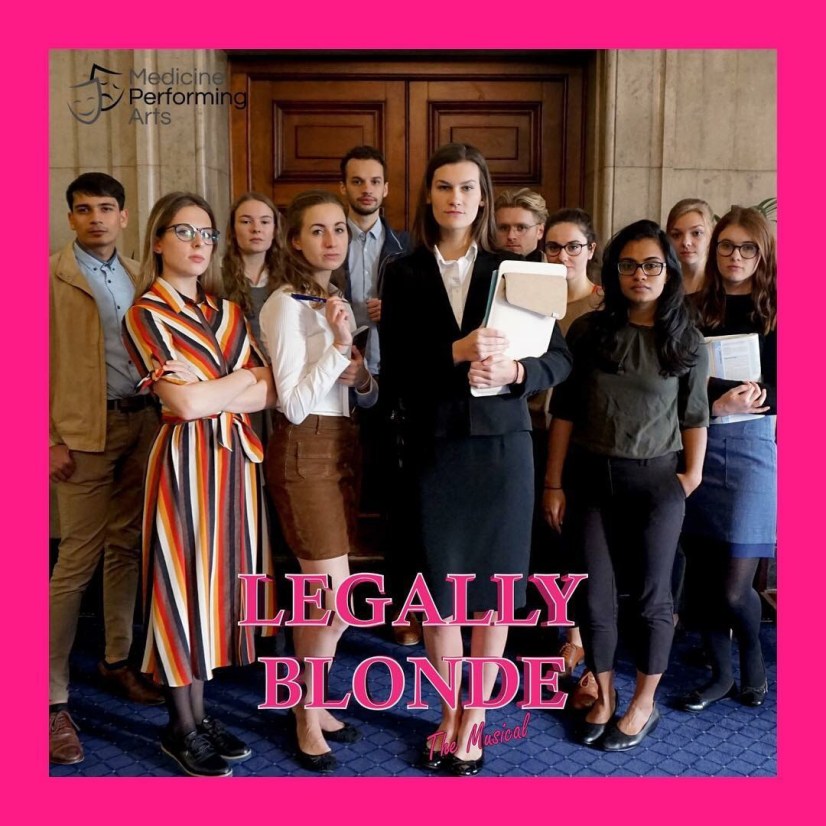 Georgia, Elle is an iconic character, not to mention she’s barely offstage –

GO: Someone gave me the instruction “Oh, you can go offstage here”; I don’t think I’ve ever heard that.

How have you found tackling the role?

GO: I’m just crying [laughs]. No, these guys have been super supportive. When I’ve needed a break, I’ve been allowed to do that. People [help] me with character development, vocals, dancing; they take a lot of time, so I put the time in also.

How much were recordings of the musical used for inspiration?

HP: We were lucky that we had that, but we’ve also [made] our own creative choices. There are definitely cool bits that no one would have seen, but also iconic moments.

Abbie, you’re part of NUDance; were you looking forward to the choreography?

AR: Ever since I came to this med school I was like “4th year will be my time”. I have choreographed for NUDance, I choreograph the [Cocktail Society] performances. It’s nice because I met so many people I’ve never met before.

Harry, as well as co-directing, you play the male lead; how have you found those responsibilities?

HP: I thought it would be tough but it’s great having a supportive team; they all help me.

HR: It’s amazing how many people chip in; we never would have been able to do the stuff we set up for ourselves without people helping; in a difficult year, it has brought us closer.

Fourth year of medicine is notorious for its intensity; how have you balanced everything?

JS: It’s difficult. We had a 2-week summer holiday and now we’re in week 16 of term. The [Special Study Module meant] we had people go abroad; we lost Georgia for a month. But because Nottingham’s quite dead without other students, it’s given people something to do.

ML: People use it as their break from medicine. They now have rehearsals to let loose and have fun. 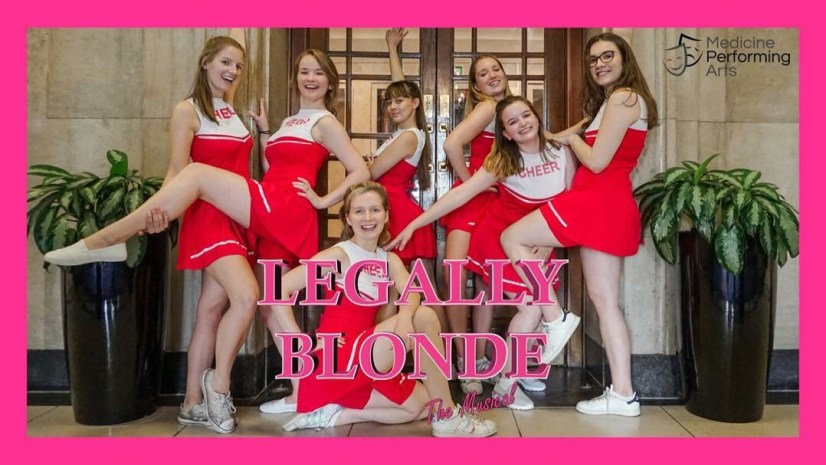 A minor character, named Sundeep Padamadan, is meant to be Indian, but a Caucasian actor was cast in the role. How did that come about?

HP: Obviously it didn’t match up so we decided to rename the character and give him a different background because [the actor’s] got such a great voice; we couldn’t not give him that part.

GO: The play is a tongue-and-cheek bash at different stereotypes; changing the character doesn’t really impact the message.

HP: If you look at the script, other than his name there’s no reference to his ethnicity.

HR: For the Broadway version, how many leads are there? 8 or 9, and they’re all white. In our version, 2 are non-white.

Dr. William Dunn, Dr. Michael Randall (lecturers), and Professor Tony Avery (Dean of the Medical School) have all been cast. What is it like working with them?

AR: They become little babies; they’re used to being good at what they do –

GO: [Tony Avery said] “I think this is the most stressful thing I’ve been involved in, in a while”. But they put in a lot of effort; they’re so engaged.

What’s been your favourite moment in rehearsals?

JS: Last Sunday was a watershed moment; it started to come together.

HP: We ran “Legally Blonde Remix”, and I couldn’t stop this massive grin on my face. Everyone was loving it, everyone was smashing it; it looked incredible.

HR: It was the final few minutes of an 8-hour rehearsal and everyone was still into it. 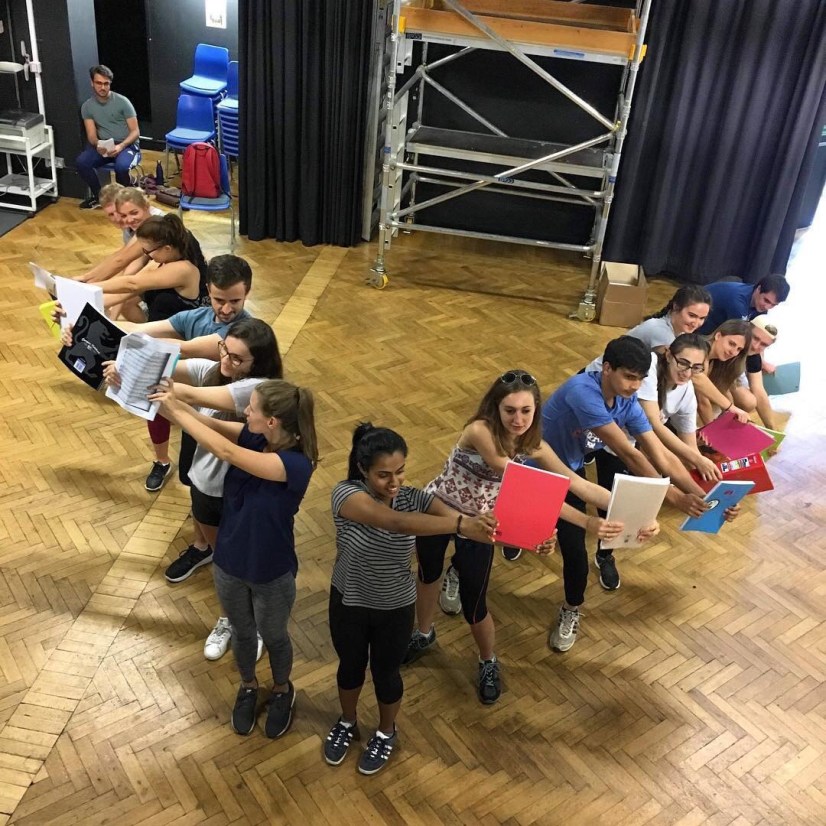 What makes the show different to the film, aside from musical numbers?

GO: The tongue-and-cheek aspect’s not so overt as it is in the musical. If you’ve got a wicked sense of humour, it will appeal to you.

HR: I think Elle deserves it more in the musical; you see more of Elle’s journey.

AR: You get more well-rounded characters in the musical.

Why do you think this story is still so appealing, 17 years after the movie’s release?

GO: With the diversity of the characters, everyone can relate to someone. It’s every girl’s dream to be that powerhouse woman: she’s strong, she gets what she wants, but she does it nicely! It’s empowering.

“Everyone’s given it everything”

How would you sum up the show in one word?

ML: Engaging – everyone’s given it everything. [We initially thought] how are we going to pull this off? But I’m so glad we just went for it.

Legally Blonde is running from 22nd-24th November at Nottingham Arts Theatre. Tickets can be purchased here.

Featured image and article images courtesy of medics.musical via Instagram.

What does your society committee position say about you?