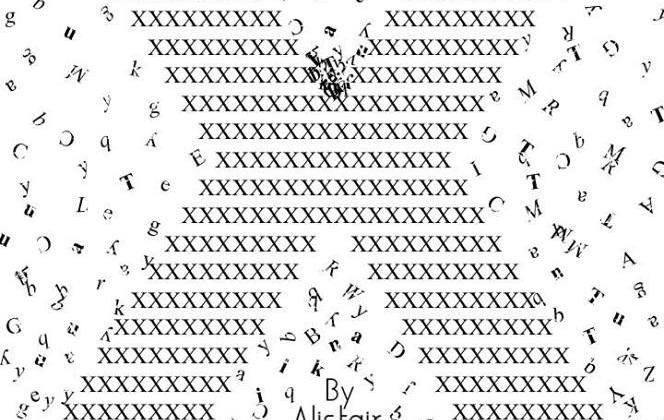 A space horror that will leave you on the edge of your seat, X shows you the lives of five astronauts who have been left stranded on a research base on Pluto. Think of recent Sci-fi blockbusters The Martian and Interstellar but with a psychological twist. After being isolated in space so long they begin to lose track of time, and their sanity. It’s up to the new captain Gilda (Nat Henderson) to try and inspire some hope in what few crew remain. But what hope can be found when you know there’s no help coming, except perhaps a young girl knocking on the window with an X across her mouth.

“the range of the actors keeps the energy high”

Taking on the theme of space is obviously an ambitious task in theatre because audiences are used to Sci-fi being visual with the elaborate sets and CGI. Without being able to take the audience to a set in pinewood studios how can Strickland immerse us in a space station? Helpfully the script focuses on the characters interactions in the first quarter of the play showing them tell stories about what life was like on earth. This really helps the audience visualise what the spaceship would look like. I am impressed by Strickland’s faith in the script to allow the early dialogue to take its time and allow large pauses and character mannerisms; although not as interesting as the plot twists and scares later on in the play, they are essential for the pay offs at the end. My only criticism would be that movement is lacking in some scenes however the range of the actors keeps the energy high. The script is excellent, with the story being told non-linearly. Due to this sometimes confusing form of story telling the cast recommend a second viewing. I think this would be extremely enjoyable as it would lead to so many mind blowing moments where you understand the first few scenes in a different way due to the context of the ending.

“Special recognition must go to Nat Henderson for giving an incredibly moving performance, their strongest yet at NNT”

The cast were phenomenal all round. Special recognition must go to Nat Henderson for giving an incredibly moving performance, their strongest yet at NNT. Jack Linley was also engaging to watch as the cocky and rude scientist Clark, who ultimately was charming and sympathetic. It was also great to see captivating supporting performances from Helen Brown and Abie Whitehead in their first performances at NNT.

The set design was largely minimalistic. It was however used very resourcefully and effectively, particularly how it was moved at the end to depict a change in time. Costumes and props had an amazing attention to detail with all the crew wearing white overalls and white smart watches. Also props such as space food, appearing bland and processed, really fulfilled the clinical clean aesthetic. The placement of props and make up was ideally placed for very impressive quick changes. I loved the sound design. Tara Prasad and Rupert Galea used an amazing array of sounds; from loud electric guitar riffs, to calm atmospheric wurs of engines, which really enhanced the horror of the space station. With the speakers set up in surround sound, there were several terrifying moments where chilling voices shifted around the room. The Lighting design by Nadia Elalfi also contributed to the scare factor in an essential way. A cold wash across the stage really visualised the loneliness of space, and the subtle flickers and well timed blackouts kept me on the edge of my seat.

I’m amazed how such a complex play was able to be assembled in such a short amount of time. The whole team clearly have a great enthusiasm and passion for the show after working very intensively over the past few weeks. Their efforts have definitely payed off and this is a must see show especially for lovers of Sci-fi and psychological thrillers. You have to till Saturday to watch this play and you don’t want to miss out. It personally made me fearful to turn off the light when I got home and that is something few plays can make you experience.