Jack takes another look at previously disappointing title No Man's Sky - is it worth a second chance?

No Man’s Sky (NMS) was released in 2016 on the biggest hype train of the generation. This game – an exploration-adventure set in a procedurally generated universe of five quintillion planets – would revolutionise the medium, promised overenthusiastic indie developer Hello Games. Then the game arrived, and the hype train derailed, did a flip and went rolling down a mountainside in a ball of fiery death.

No Man’s Sky was empty, buggy and boring. Within a few hours of play you’d already seen everything it had to offer. Those five quintillion planets looked way too similar, the creatures roaming them were hideous abominations that spent most of their time running into each other, and the core gameplay loop was a repetitive grind of mining and not much else.

Then there were the lies.

So many of the features we were promised in No Man’s Sky just weren’t there; multiplayer, space battles, an interesting story, intelligent aliens, underwater exploration…

No Man’s Lie became a cautionary tale that reminded never to trust a developer’s word. 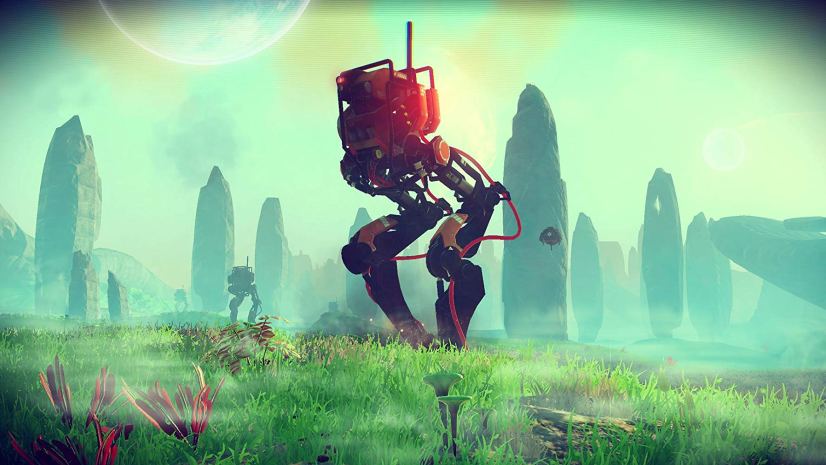 Starting with the Foundation update in November 2016 and continuing with the Pathfinder, Atlas Rises, Next and most recent Abyss updates (released in October 2018), Hello Games has been hard at work churning out a series of massive free updates that have added so much depth and value to the game it’s nearly unrecognisable. And I want you to bear in mind that none of the content I’m about to barely scratch the surface of will cost you a penny.

The Foundation update introduced base-building to NMS and it’s been continuously improved ever since. Now the 20,000+ parts can be placed anywhere: Up the sides of mountains, underwater – you name it, the new terrain manipulator lets you carve out space to build there.

You can own multiple bases for farming and storage and install teleports to warp between them (basically, it’s Minecraft in space, and space makes everything better). Best of all, you can share bases online and even build them with friends! Because that’s another thing NMS introduces…

Finally, you can explore the universe in parties of four. Thanks to an optional 3rd-person camera, detailed character models and e-motes, NMS has become much more social and much sillier. Build racetracks for the four new land vehicles, set up 16-player voice chat, share your resources or blow each other to smithereens: Every activity in the game can be tackled in multiplayer, including…

NMS now has multiple storylines for you to pursue, from the redesigned original plot (doing a much better job guiding you through the gameplay mechanics), to the 30 hours of new story Atlas Rises introduced, to the hours spent underwater in The Abyss.

“Their engaging lore is a great narrative hook for players”

These dialogue-based tales can tackle huge themes of creation and simulation (think 2001: A Space Odyssey meets The Matrix) or straight-up terror, and their engaging lore is a great narrative hook for players.

Beyond the story threads, there’s now so much to see and do and craft and buy in NMS I can’t fit it all in. Hunt, farm, salvage crashed starships from land or the ocean floor, explore ancient ruins, unearth buried treasures – fight in space or on-planet with over a dozen ship and weapon variations, against new enemy types like robot dogs and towering mechanical walkers. Buy and customise your own massive freighter, a mobile home-away-from-home, and build up a fleet of up to 50 frigates to do your busywork for you.

Space stations have been transformed into bustling markets full of merchants and quest-givers: take advantage of the new economy, wealth, and conflict ratings of each individual star system to make your fortune. Alternatively, accept quests to increase your reputation with each of NMS’s five alien races, learning their languages piece-by-piece to unlock greater rewards. 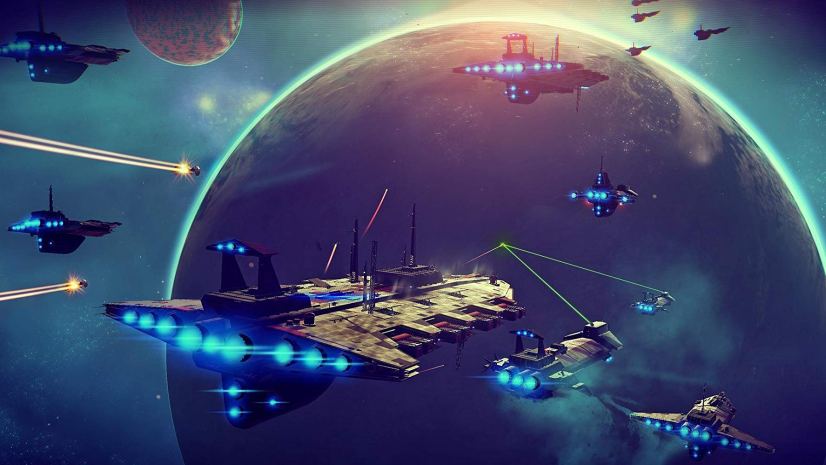 Brave biological horrors and beefed-up weather systems across dozens of new planet types (they have rings!) with oceans five times more varied than before, densely populated with fish that can reach the size of starships.

My point is, no matter which of the four gameplay modes you dip in to – Creative, Story, Survival or Permadeath – the amount of customisation (from vehicle colour to character species) and pure freedom No Man’s Sky now offers is simply unmatched.

“The only way is up”

With weekly updates and challenges and a dedicated, friendly community (bolstered by the game’s recent release on Xbox One), there’s never been a better time to give this game a second chance. With more massive free updates incoming – Hello Games have reiterated time and time again these additions are only stepping-stones in a larger journey – the only way is up.

Featured image and article images courtesy of Hello Games via IMDb. No changes made to the images.