United will begin their search for their fourth manager since Sir Alex Ferguson’s retirement in 2013, following the dismissal of Jose Mourinho on Tuesday. 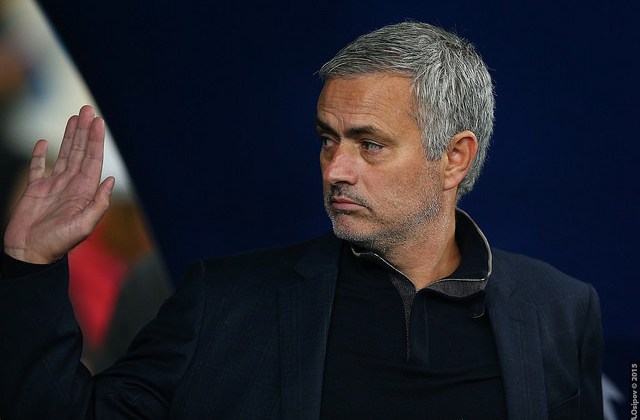 Something’s rotten in the state of Manchester United. Another lost season; another manager sacked. United announced Tuesday morning that they would be moving on from the struggling Portuguese, after their worst start to the season in 28 years.

The Red Devils will now look to appoint a new manager before the 2019/20 season, as they search for an interim manager to see out the current campaign. Manchester United sit at 6th in the Premier League table, 11 points behind 4th placed Chelsea, and a staggering 19 points from league leaders Liverpool who defeated them 3-1 last Sunday. Whoever takes over will also face the arduous task of taming European giants Paris Saint Germain in the Champions League round of 16.

To some, it seemed inevitable that Jose’s days at the Theatre of Dreams were numbered. The now former United boss endured a turbulent spell since the summer, publicly voicing his vexation at the club’s inability to bring in new players. The poor form in the ensuing pre-season only allowed this situation to escalate.

Jose’s Premier League campaign hasn’t been much better either, with United’s lowest points total (26) through 17 matches since the 1990-91 season. Rumoured unrest from within the dressing room, most notably in Mourinho’s apparent fallout with French world cup winner Paul Pogba, only heaped more pressure onto the Portuguese manager.

But with all that being said, Jose was not the problem.

It’s no coincidence that every manager to have taken over at Old Trafford since Ferguson has failed to live up to the expectations of managing the most successful club in English football history. Here is why…

First of all, it is worth noting that as recently as this January, United extended Mourinho’s tenure until the end of the 2020 season. Both Mourinho and executive vice-chairman Ed Woodward were all smiles as they spoke glowingly about the club’s future, and the direction it was headed in.

Almost 11 months, and this seems a distant memory, with United’s decision to sack Jose Mourinho in the wake of their 3-1 defeat to Liverpool last weekend. With Mourinho’s sacking, the club yet again seems dysfunctional and inconsistent in its decision making.

The problem here is obvious: why sign a manager to an extension without at least allowing him to see out the remainder of his contract? The same strategy is also applicable to former bosses David Moyes, and Louis Van Gaal, neither of which were enabled to stay in charge until their contacts expired. Incredibly, the initial contract Moyes signed back in May 2013 would still not have expired if he had not been dismissed in his first season. So, if the board is to show such support to the club’s managers, why not at least give them a chance to see out their contracts? Any incoming manager, such as Zinedine Zidane or Mauricio Pochettino must be weary of this.

Over the past summer, it has been well documented that Jose’s request to sign 5 transfer targets was vetoed by the board of executives, or, effectively, Ed Woodward. The Portuguese criticized United’s centre halves, expressing a dire need for new replacements; but the likes of Harry Maguire, Toby Alderweireld and Jerome Boateng who were all deemed either too old or too expensive to sign. Mourinho was completely undermined by the very organisation that had extended his contract just months previously.

Such inconsistent behaviour is typical of a dysfunctional organisation.

Unsurprisingly, United have struggled defensively all season, conceding 29 goals already, which ranks them among the worst defences in the league. But Mourinho cannot be blamed for this, given that – unlike the United board – he had seen this coming.

Manchester United’s lack of success in the league is alarming, considering the £382.5 million they have spent on new signings since Mourinho took over in summer 2016. This includes the world’s (then) most expensive player of all time – Paul Pogba (£89.3 million). The only team to have surpassed them in spending over the past ten years are Manchester City, however they have enjoyed significantly more success in recent campaigns. They currently sit 2nd, as they defend their Title.

There remains, however, one significant difference between the structures of the two Manchester clubs. Whereas City have a plethora of directors and executives, United are in effect governed by the ‘Executive Vice Chairman’ Ed Woodward. Officially, Joel and Avram Glazer are listed as Co-Chairmen, however, the responsibility of managing both footballing and marketing operations belongs to one man: Woodward. Notably, there is no Chief Executive and more importantly, no Director of Football at Manchester United: the biggest club in English football. Some of the League’s most successful clubs, such as Chelsea, Arsenal, Tottenham and Manchester City all have a ‘Head of Football’ or equivalent, highlighting the importance of such a position.

It’s time to look beyond the manager and address the greater issues in the club’s hierarchy.

This fact is eye-opening, as City’s board of directors is a well structured, ordered football operation, which will be evident to anyone who watched the Amazon Prime Series – All or Nothing. Every player they sign has been specifically chosen based on the manager’s preference and system, with a whole team of executives supporting the signing. This has undoubtedly helped Manchester City realise their current success as reigning Premier League Champions who are once again challenging for the title, as they have targeted specific players who have helped improve the team.

United’s often impulsive strategy – such as to snatch Alexis Sanchez from Manchester City in the last January transfer window – has proven to be unsuccessful, with the Chilean failing to recapture his prolific form at Arsenal. In this case here there was no real plan for how Sanchez would fit into a United outfit already loaded at his position, with the likes of Martial, Rashford, Lukaku, and Mata to name a few. As already mentioned, the board prevented Mourinho from signing several players, disregarding the Portuguese’s opinion. United’s plan is unclear going forward, especially now after sacking Mourinho despite signing him to an extension only months earlier. Such inconsistent behaviour is typical of a dysfunctional organisation.

Manchester United is fast becoming the British equivalent of the Dallas Cowboys – a team once renowned for success that is now better known for its commercial value and celebrity rather than its recent on-the-field pertinence.

In the wake of Jose Mourinho’s dismissal, several former and current United players took to Twitter with their opinions on the club’s decision. Record signing Paul Pogba was quick to take to twitter shortly after the announcement.

In a deleted tweet, the Frenchman wrote ‘caption this’ with a picture of him smugly grinning, just hours after Jose was sacked.

United legend Gary Neville was enraged by these comments, tweeting that Pogba should ‘do one’ as well.

You do one as well !

Although Pogba has clearly endured a frosty relationship with his former manager, the tweet which was promptly deleted was castigated by the former captain, who made over 600 appearances for the Old Trafford outfit.

Former defender Rio Ferdinand offered a more positive outlook on the Mourinho’s exit, stating that ‘the time has come for fresh ideas’ at United, since Mourinho’s tactics have been subject to constant criticism from United fans.

All in all, it is unclear at this stage what the future holds for Manchester United. A club in disarray, its problem clearly runs deeper than just the manager himself. The club’s infrastructure needs to change as there is a considerable difference between the aristocracy of other successful Premier clubs and United’s sparse board of executives. Whoever replaces Jose, whether it’s Zidane, Pochettino, or anyone else, will have more than just his players to contend with if they are to restore Manchester United to its glory days.

The People’s Vote: An opportunity for young adults to reclaim their future