Qatar 2022: The limits of ethical consumption in sport 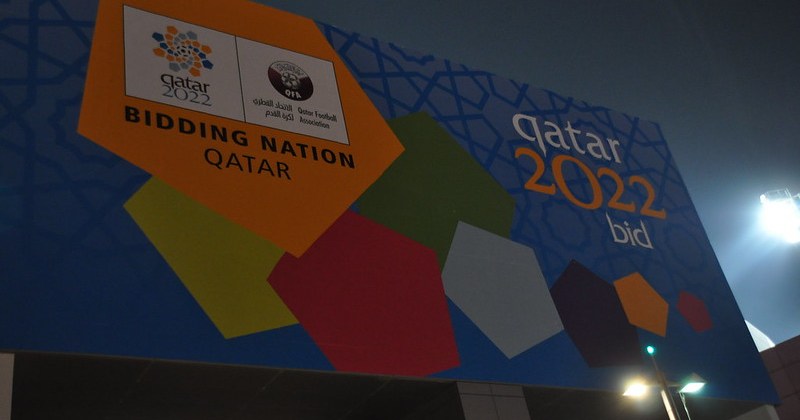 The FIFA World Cup is no stranger to controversy. Before this year’s tournament, there were concerns over the levels of racism and homophobia present in Russian football culture, Russia’s conflict with Crimea, the safety of visiting fans and the FIFA corruption scandal, which all could have easily overshadowed this global exhibition of the beautiful game. However, thrilling football and seamless organisation made the tournament the best in recent memory. Despite still being four years away, the 2022 Qatar World Cup is already engulfed in such a wealth of controversy that no amount of quality football should be allowed to overshadow it.

As a country with very little footballing heritage and culture, Qatar lacked the necessary infrastructure to host the tournament, meaning that at least eight brand new stadiums have had to be built in order to host the World Cup. Since Qatar was awarded the tournament in 2010, countless reports and scandals have emerged surrounding these constructions, including shocking statistics about the number of deaths of workers.

In 2016, Amnesty International accused the Qatar government of using forced labour to build the stadiums, with workers living in terrible conditions and often not being paid for several months at a time. Many workers who moved to Qatar to work were not allowed to leave the country or find different jobs, giving them no choice but to continue with this labour. This was possible due to a law in Qatar that stated that employees cannot leave the country without an ‘exit permit’ issued by their employer. Ultimately, the conditions reported constitute human rights abuses and shower both FIFA and Qatar in unwanted controversy.

In response to this negative press, Qatar built ‘Labour City’, a community built with the sole purpose of housing up to 70,000 migrant workers. Labour City aimed to deal with the issue of labourers living in terrible conditions, providing them with adequate accommodation, meals and a variety of entertainment including a shopping centre, four cinemas and a cricket ground. However, is this merely a smoke-screen to hide the continued exploitation of workers in Qatar?

“The camps have no space for workers’ families”

While the camps in Labour City do provide basic conditions for the workers, it is still an uneasy situation. These are men migrating from poor countries in Asia and Africa to find a better life for themselves, yet the camps have no space for workers’ families, meaning these men are in Qatar alone and are sending money back to their families in their home country.

Furthermore, Qatar has designated ‘family zones’ which essentially prevent migrant workers from living in certain parts of Qatar, forcing them into segregated labour camps. The wages of these workers remain very low, in many cases around £5 a day. All of this displays that, whilst conditions for workers have improved slightly, exploitation is still present and organisations such as Amnesty International are still hard at work to bring attention to this.

While football fans may feel powerless in this issue, there is action that can be taken. Qatar has taken measures to improve its conditions in recent years as a result of reports from journalists, complaints to FIFA and criticism from organisations such as Amnesty International. As we move closer to 2022, it is important for football fans to continue to keep themselves informed of these issues and rally behind these causes. Criticism of FIFA and Qatar can continue to instigate improvements in the working conditions. Additionally, while it may not right the wrongs of the past, it can hopefully ensure that, for future competitions, FIFA won’t award the World Cup to a country that will exploit workers in such obvious ways that brings the ethics of the beautiful game into disrepute.

“On the issue of the Qatar World Cup, we cannot simply choose to ‘shop elsewhere'”

So where do we, the consumers, come into this? Come 2022, can we sit back comfortably and enjoy watching Southgate’s Lions take on the world without thinking about the human cost hidden behind the Qatari stadiums? Ethical consumption is an issue that touches our everyday life. We know now, more than ever, the impact that our spending habits can have and, as such, we buy fair trade, we cry in outrage when companies use sweatshop labour and refrain from buying from companies that we see as unethical.

However, on the issue of the Qatar World Cup, we cannot simply chose to ‘shop elsewhere’. There is no alternative for the football fan. In many ways this leaves the consumer powerless. Can we really expect football fans to boycott the biggest competition in the sport? On the back of the excitement of Russia 2018, I don’t want to think about the prospect of having to wait 8 years before I can watch another World Cup.

The legacy of Qatar 2022 will likely be that it exemplifies how the rich carelessly exploit the working class, not worrying about the harm it causes. This does not mean we should idly sit back and let it happen. By continuing to stay informed and criticise FIFA and Qatar, football fans can continue to impact positive change for workers. No matter how brilliant the 2022 World Cup turns out to be, we shouldn’t let it overshadow the human cost at which it comes.

Meet the Team and Their Festive Favourites – Management

Chanel has banned the use of exotic skins: how should we feel about this?