Top 5 Games to Play at Christmas

As we all head home, we at Impact got in touch with our very own Board Game Soc for some holiday game suggestions. 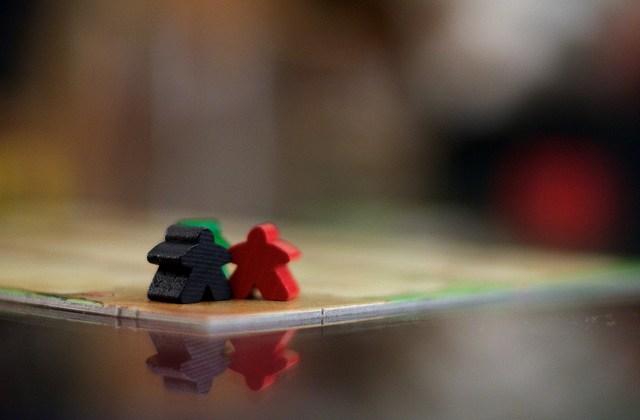 0 December 17, 2018 16:26 by Georgia Butcher
As Christmas day draws ever nearer, it won’t be long before we’re once again having to engage in some ‘quality family time’. Though we can’t speak for everyone, this normally involves some form of gaming, but things can quickly go wrong. (God forbid anyone suggest Charades, or worse, Monopoly). Thankfully, there are a few games out there fun for all the family. We here at Impact got in touch with Nottingham’s very own Board Game Society for some excellent recommendations. So, without further ado, here’s our Top 5 Games to Play at Christmas.

A card game all about bluffing and deception, this is the perfect game for any excellent deceivers. Made for 3 to 6 players, the aim of the game is to flip over a predetermined number of cards without revealing the dreaded ‘skull’ card. Rather quick and relatively simple, this is a game perfect for anyone desiring some quick card game Christmas entertainment.

Decrypto is a game involving two teams of two. Though it only accommodates four players, this fun little word game is great for any budding code-crackers. And, like Skull, it’s relatively quick, with games usually lasting anywhere between four and seven rounds. If you need a quick little word game, this may be the game to get this holiday season.

An expansion of Sushi Go, Sushi Go Party, is yet another board game which is sure to have everyone not only grasping for their much needed card, but craving some Japanese cuisine. A pretty simple game with a fun theme, Sushi Go Party is a brilliant little game which anyone can enjoy, and with an average play time of only 20 minutes, it’s a great game to play whilst pausing between those delectable Christmas courses.

If you fancy a more co-operative game, perhaps Between Two Cities is the one for you. A game fit for 3 to 7 players, this quaint city-building board game requires you to work alongside those to your left and right to design the most livable city. Forget SimCity, this is the true test for any city-building aspirant.

Last on our list, The Resistance. If you’ve ever been lucky enough to play a game of Werewolf or Mafia, this game is right up your ally. Fit for parties of 5 to 10 players, this social deduction party game splits players into either Resistance operatives seeking to bring down the Empire, or Imperial spies looking to sabotage resistance plans.

Unlike the aforementioned Werewolf and Mafia, The Resistance involves no elimination, instead, each team (Imperials vs. resistance operatives) must either ensure the success, or failure, of three missions. Should the operatives complete three missions, they win, but should they fail, the empire prevails. As a hard-core mafia fan, I’ve no doubt that I’ll be picking this up this Christmas!

Though not your most well-known games, Board Game Soc’s Zane assures us that all are straight forward enough for anyone to play, and as they’re all relatively short, there’s no worry of anyone getting bored halfway through.

So if you’re not sure what to play this Christmas, and fancy something different to the usual Pictionary, Articulate, or Trivial Pursuit, why not pick up one of these Board Game Soc recommendations? If you do, you’re bound to have a brilliant time.

The history of Christmas carols