Which Chick Flick Do You Relate to Most? (PART 2 OF 2) 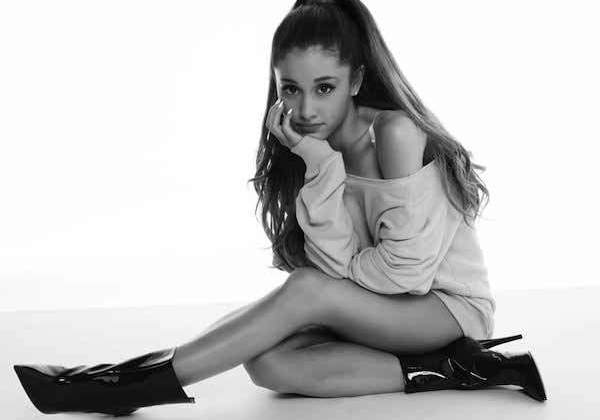 Ariana Grande’s music video for her latest single ‘Thank U, Next’ has gained much attention recently. Not only does she empower herself and her fans through reflecting on past relationships in a positive way, she has incorporated some of our favourite chick flicks into the video. This has encouraged Impact Features writers to look back on what chick flick they would be cast in for relating to the most. For the second of a two-part piece, here are the chick flicks we relate to the most..

This film shows just how far you can get with determination and hard work. The funny thing is, many people don’t believe in Elle Words at first, due to her girly-girl persona that does ‘not typically suit’ a career in law. How is this at all relevant to me? Well, I myself have been known as quite the girly-girl, where pink is quite a big feature in my life… From a first impression, I have been known as what you might say a “materialist bimbo” – yes, a running joke in our Surf Club I must admit!

But do I let this phase me? Of course not! Let people judge all they want, but I face the stereotype head on and do not let it sway what I can achieve in life. I have already been successful in landing some fantastic job opportunities, including my current placement in a new business. Not only this, but I’m also the President of our Surf Society, which just shows that hard work does not go unnoticed. So be who you want, and don’t forget to “bend and snap!”

Like Jenna Rink, I too am a 13-year-old girl trapped in a thirty-something woman’s body. If you’re in your late teens or early twenties, I’ve got bad news for you: even when you’re in thirties, you won’t feel like you’re a grown up. You might have a big fancy job and a pension account, but there are days when you just want to lie in bed with a face mask on, watching old movies and eating your own weight in Wotsits. It’s easy to wake up one day and realise that the big milestones you’ve been stumbling towards weren’t the ones you should have been pursuing. When you’re a kid, the six-week summer holidays seem to last forever and the agonies of growing up seem endless. As you get older the weeks rush past and it’s easy to sleepwalk into situations that make you unhappy with: the wrong career, bad relationships, toxic friendships. In reality, it takes more than magic dust to make amends and change your life for the better – but it’s so worth it.

Love Actually is my favourite romcom! I love it because there’s so many different storylines, but in every single one, there are characters that I’m really rooting for. I think so many people can relate to it because there are many different characters that we can see parts of ourselves in. For me, the best storyline is between Colin Firth’s and Lúcia Moniz’s characters, who fall in love despite neither speaking the other’s language. While admittedly a bit unrealistic (Colin Firth learns pretty good Portuguese in about two weeks in order to propose to Moniz), it’s a really heart-warming story. Love Actually is certainly a chick-flick that looks at everything through rose-tinted glasses, but there are some elements of reality in the film too. For example, Emma Thompson’s character doesn’t get an easy happy ending, and this keeps us thinking about her story for a while after we’ve finished the film. Also, it’s such a Christmassy film! When Christmas rolls around each year, it’s the film I always look forward to watching.

I recently re-watched the Pitch Perfect trilogy and fell back in love with them all over again, but as a third-year I related most to Pitch Perfect 2: the Barden Bellas are seniors and the swelling panic towards their impending graduation is definitely something any final year student will understand. Although I’m more stressed about my coursework deadlines than an acapella competition, the underlying theme of mounting pressure is one that rings true for me, and the film’s portrayal of female friendship overcoming any obstacle – be it a breakup, an exam, a riff-off or fear of the fast approaching outside world – that heads your way is another recurring theme in my life. The close bonds of these quirky girls that have varied styles, senses of humour and personalities mirrors my own friendship groups, and the support we have for one another will get us through job applications, graduation and whatever comes after it. We can only hope that none of us accidentally flash our va-jay-jays to Obama, but should such an incident occur, we would stand by our shamed sister (and obviously bait her out at every pre-drinks, playing Never Have I Ever because we’re only human).

Featured image courtesy of Just Entertainment via Flickr. No changes were made to this image. Image license found here.

Meet the Team and Their Festive Favourites – Lifestyle