Best Dressed at the 2019 Academy Awards 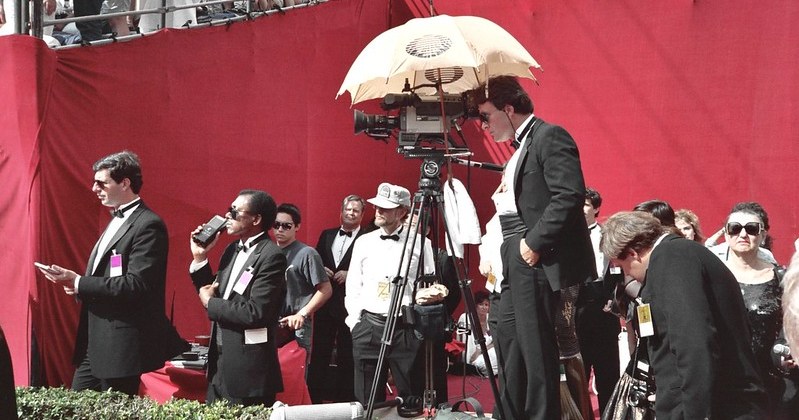 The 91st Academy Awards on 24th February were not only a celebration of the incredible hardships and successes of those in the film industry, but were a treat for fashion followers. Who will be outrageous? Who will be the picture of elegance and class? Here are some chosen highlights from the evening’s pre-ceremony red carpet and Vanity Fair Oscar Party.

She did it!!! . Olivia Coleman was crowned Queen of the Oscars last night, winning the award for Best Actress (the first British woman in a decade) for her mesmerising performance in The Favourite. The film also received Oscar nominations in nine other categories, including Best Costume Design, Best Supporting Actress, Best Film and Best Director. Principally shot on location at Hatfield House in Hertfordshire, with some scenes also shot at Hampton Court Palace in Richmond, the attention given to recreating courtly life in Stuart times was amazing. Many of the spectacular costumes designed by Sandy Powell are currently on exhibition too. If you would like to learn more about Queen Anne, this until recently, rather overlooked Royal; the Palaces that she lived in, the Stuarts, and the history surrounding this era, and to visit the stately locations where this wonderful film was shot, please contact us for more details about our dedicated Queen Anne/The Favourite Tour. (link in bio) . #queenanne #thefavourite #tailoredtours . . . . . . . #london #londres #londra #λονδινο #LDN #londoncityworld #oscars #historicroyalpalaces #oliviacoleman @rachelweiszofficial @emmastonepictures @oliviacolmanactress @thesandypowell @thefavouritemovie #kensingtonpalace #history #stjamespalace #filmlocations #thetudors #pretty-places #igerslondon #londonenthusiast #shutuplondon #picturelondon #londoncalling @photolondon @londoninsta #londondisclosure #seemycity #pursuepretty #bestplacestogo #bbctravel #passionpassport @ilovelondon @toplondonphoto #gramminginlondon @thelondonlifeinc @esgoingout @timeoutlondon @cntraveller

The woman of the hour and winner of the Best Actress award for her role in The Favourite, Olivia Colman stunned in more ways than one on Sunday evening. Her acceptance speech was honest and beautifully raw and will definitely inspire generations of young, aspiring actresses. Yet the most revolutionary part of her Oscar’s appearance was that her elegant green silk turtleneck Prada dress… had pockets. Absolutely marvellous. With a gorgeous cape, embossed with crystals, she looked the epitome of class.

It seems impossible not to mention Lady Gaga when it comes to red carpet looks. The Oscars saw her choose a very classic look of a floor length strapless black gown by Alexander McQueen and long gloves. The real talking point of her outfit though was her dazzling necklace, a Tiffany diamond worn by Audrey Hepburn and worth approximately £38 million.

When you come to the Oscars, you must dress up. Thanks @csiriano for creating this custom couture masterpiece. @oscarheyman you have outdone yourselves once again with your iconic jewels. Style by @sammyratelle / @rrrcreative Styling Associate: @ashleymarienyc Grooming by @heyannabee @TheAcademy #AcademyAwards2019 #oscars⁠ ⁠ #oscars2019⁠ ⁠

In a custom tuxedo gown, Billy Porter arguably stole the show in his Siriano dress. He was a vision in black velvet with a large Cinderella skirt and enviable confidence, and showed that you can never be too outrageous on a red carpet.

#JasonMomoa and #LisaBonet are looking cute (and color-coordinated!) on the #Oscars red carpet. 😍 | 📷: Frazer Harrison/Getty Images

Paying tribute to the late designer Karl Lagerfeld, Jason Momoa and wife Lisa Bonet wore outfits designed by him before his passing. Wearing a blush pink tuxedo, Momoa complimented the chic outfit with his trademark wavy locks and a scrunchie on his wrist which was adorned with its small Fendi tag.

A vision in silver, Brie Larson stunned in a high-neck shimmering gown with a thigh-high split. In Celine by Hedi Slimane, the Marvel star paired strappy silver heels and a sleek hair parting to beautifully honour the silver screen.

Mirren stunned in a pink tulle gown which classily tied in at her waist. With a variety of pink tones, it was a pleasure to see her show that at no age should a woman not want to twirl around in a beautiful dress. The dress was youthful and modern, yet with a timeless energy, which really encompasses Mirren’s personality.

A vision in white, Regina King wore Oscar de la Renta and shone in a strapless gown which gathered at side of her waist before floating into a beautiful train. King showed her enviable womanly figure with a high slit on the leg, while collecting her Best Supporting Actress Oscar for her role in If Beale Street Could Talk.

The inspirational sportswoman wore custom Armani, and absolutely owned it. Proving she has as much confidence on the red carpet as the tennis court, Williams looked beautiful in a figure-hugging black gown with sparking red detailing at the chest. The dress flattered and showed off William’s envious figure, and oozed femininity.