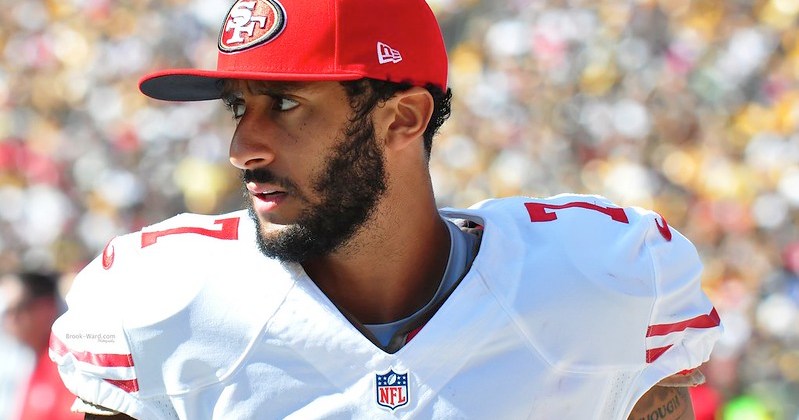 In an official statement from Colin Kaepernick’s lawyer, Mark Geragos, the former 49ers signal caller reached an agreement with the NFL to drop his collusion case. The figure is thought to be around $60-$80 million dollars.

Almost three years after Colin Kaepernick first began his silent protest against racial inequality in the United States, which provoked an outcry of clamorous responses in NFL locker rooms, among fans, and even politicians, his case for collusion has come to an end.

Kaepernick, along with current Carolina Panthers safety Eric Reid, filed a grievance against the National Football League on the grounds that teams had colluded to prevent Kaepernick being signed because of his protest.

Although Reid was signed last season by the Panthers, Kaepernick has remained a free agent.

It was initially reported by NBC that this settlement may include a clause preventing future employment by the NFL, meaning it would now be factual that the former 49ers star would never play another down.

On the contrary, Geragos told reporters this Saturday that he expected a team to “do the right thing” and sign Kaepernick in the future. Remarkably, he cited the Super Bowl Champions New England Patriots as a potential suitor, with owner Robert Kraft and general manager and head coach Bill Belichick no strangers to audacious personnel moves.

It also emerged earlier in the week that Kaepernick had rejected an offer to play in the new Spring American football league – the Alliance of American Football (AAF). But now, talk of the former Super Bowl quarterback being re-signed to an NFL roster is gaining traction.

Here is a timeline of Kaepernick’s protest and ‘collusion’ case against the NFL:

August 26th, 2016: Before a preseason matchup against the Green Bay Packers, Kaepernick sat, and later he began to kneel during the national anthem after meeting with a military veteran, citing racial injustices and police brutality as the reason behind his protest.

This stirs the United States into frenzy, with San Francisco 49ers fans burning his jerseys, and innumerable comments all over the country on Kaepernick being ‘un-American’ and ‘anti-military’. It becomes clear that this is a deeper issue, along racial lines.

“There is one clear winner in this, especially considering the damage done to the NFL’s reputation over the last 3 years.”

March 1st, 2017: Kaepernick opts out of the remaining year of his 49ers contract, allowing him to become a free agent, although he had been informed by the team that they would have released him if he had not done so.

September 8th, 2017: The new NFL season gets underway as the New England Patriots face the Kansas City Chiefs. Kaepernick, six months on, is still without a team. A plethora of quarterbacks – many of whom did not have a portfolio or potential that even broadly resembled Kaepernick’s – have been signed to new teams ahead of him.

‘Many start to ask whether Kaepernick will ever set foot on an NFL field again.’

October 5th, 2017: Kaepernick filed a grievance against the NFL, claiming that team owners had colluded to ensure that no one would sign him, after his protest during the 2016 season. Though by this point it was obvious that he was a free agent for non-footballing reasons, it remained to be seen whether his case would prove successful.

September 5th, 2018: Nike releases an advert – staring Colin Kaepernick – reigniting the controversy behind his decision to kneel during the American national anthem, or, in Nike’s words, to “believe in something, even if it means sacrificing everything.”

September 27th, 2018: In the aftermath of Nike’s controversial but nonetheless successful campaign, Kaepernick’s former 49ers teammate – Eric Reid – who had been a free agent since the end of the 2017 season, is signed by the Carolina Panthers. Having arrived in Charlotte, Reid was quick to double down on his comments endorsing Kaepernick, as the safety continues to show his support.

February 15th, 2019: Lawyers from Kaepernick’s and Reid’s team and NFL representatives reach a settlement that will see the case against the NFL dropped. The fee is rumoured to be between $60-$80 million.

This brings about a rather unceremonious end to Kaepernick’s battle with the NFL that has been such a divisive issue. All things considered, there is one clear winner in this, especially considering the damage done to the NFL’s reputation over the last 3 years. This may well be the last we see of Kaepernick, but this triumph will be talked about for years to come.

Featured image courtesy of Brook Ward via Flikr. No changes were made to this image. Image license found here.