During our Students’ Union Elections Media Day on Thursday 28th February, we chatted to the candidates who are running to be elected as your Environmental and Social Justice Officers for the 2019-20 academic year. Take a look at what they had to say. 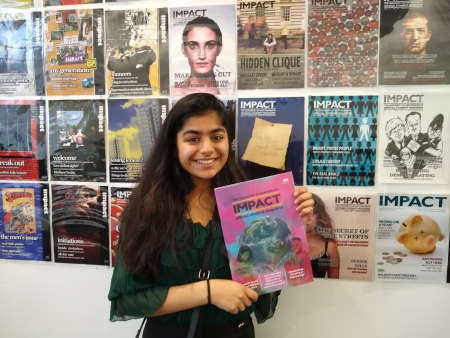 Tannavi is a second year Environmental Biology international student who wants to be your next Environmental and Social Justice Officer.

She applauds the university for having “worked to make the campus as green and sustainable as they can”, but has aims to improve further. Firstly, she wants to focus on environmental inclusivity, arguing that “lots of people are opting for environmental change and a lot of people do want to get involved but don’t know how”. Tannavi wants to establish a platform to create environments where individuals can have the opportunity to “do their bit”.

Tannavi wants to get people involved by increasing society participation, and by increasing the amount of surveying that goes on. This will allow students to “know what’s going on and will include them in decision-making on campus.” She believes that surveying will make a change by creating a “whole united front”.

An additional aim is to implement sustainability growth campaigns which would encourage “more sustainable ways of living in life”. These campaigns would allow for the creation of “a forum to talk about these things and make them more available to students.”

Tannavi also wants to involve the lives of individual students and encourage sustainability at the university. “The people at this university really want to be involved, they have that interest. I want to tap into that.”

Finally, Tannavi believes that in order to implement this, “we should focus on mental health. I think it’s necessary for students to have faith in the university in that way.” She wants to improve the welfare at university because she’s “really into connecting students with students” and hopes that by improving mental health, people can be more optimistic about the future.

“We can have that change not only on campus, but around Nottingham too.” Tannavi is looking forward to “actually talking to people and seeing them getting excited about it” and thinks that her international perspective brings a lot to her candidacy as well.

“Having the entire community work on something is very different to having them work on a smaller scale,” she says. “This generation has so much more commitment to these changes which we really need to tap into.” 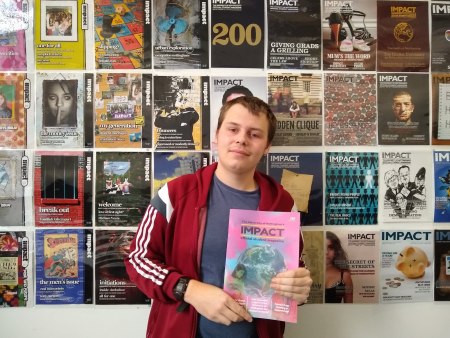 Lee is a third year Computer Science student and is running to be your next Environmental and Social Justice Officer. He is the Welfare and Engagement Officer for the Athletics Club, responsible for handling 150 athletes. He was also the director of Foodprint, Nottingham’s first social supermarket, and is responsible for the Portland Spa shop going zero waste.

When asked about his main policies as ESJ officer, Lee explained that he is “very good at getting into a role and then finding what needs to be done.” One of his primary goals is to strengthen the university’s relationship with local, sustainable projects and businesses “because I think partnership is key to being able to actually make an impact.”

“When you’re actually able to get out there and do something,” is what Lee values. “I think I proved that [ethos] with Foodprint; I just went out there and did it. It’s something that I’m good at—just getting things done.”

Paper waste is something that “really bugs” Lee. “The WasteNott campaign has been absolutely fantastic but we could expand it to cover paper waste. There’s so many little bits you can trim off and cut down” to make a real difference.

Lee also explained that he wanted to make the university and the Student’s Union more sustainable, more friendly, and more inclusive for everyone.

“I want people to know ‘yes, there is this proper ESJ network’ because it’s not as big as some of the other officer networks”, he said. “I want regular ESJ chats, something chill, so all the officers can coordinate and show what they’re doing and have a proper presence on campus.”

Lee said that his “commitment and dedication” is what makes him unique. “I’m able to make actually feasible changes. I’m going to do as much as I possibly can.”

Lee’s slogan is “the short and snappy” ‘LeeSJ’, and he wants to makes “a big difference at uni and in Nottingham too. This is my home city, I love this city, and I’ve been here my whole life. I want to make it friendlier and more sustainable for everyone.” 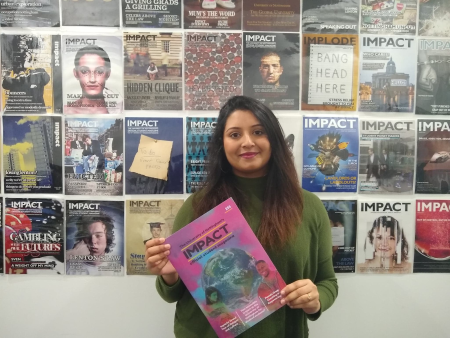 Saumya is a second year Environmental Biology student, and she is running to be your next Environmental and Social Justice Officer.

Saumya is the president of the Renewable Energy society, a position she believes has allowed her to understand “the logistics of the SU”, allowing her to know how to get things done.

Her five-point manifesto is balanced between environmental and social causes. Firstly, she wants students to stay updated with ESJ activities through social media, and to engage students with a monthly newsletter to expand the network.

Additionally, Saumya wants to address university-wide issues such as how animals are used in research, and to expand schemes such as WasteNott. “I want to develop the scheme from being general to being more specific,” she told Impact.

“I also want to make simple changes such as increasing the amount of water fountains on campus, reducing paper waste by moving to an e-system, and to increase the use of greener technology on campus like solar panels and wind power.”

Saumya also wants to encourage swap-shops to encourage less waste, increase the amount of water fountains on campus, and reduce paper waste by moving to an e-system. She also champions the use of “green technology on campus like solar and wind power.”

Saumya said she wanted to ensure that both the environmental and social part of the role are highlighted. “I want to bring the two worlds together,” she said. “Mental health and welfare is important to me, especially male mental health. I want there to be a transparent system.”

Welfare networks should be “more clearly advertised,” said Saumya, who believes that other SU officers such as the LGBTQ network have a more clearly defined social cause which she would want to introduce as the ESJ officer. Her slogan is ‘clean power, people power’, which she says gives power to the community both through the environment and through society.

To read the manifestos for your Environmental and Social Justice candidates, head to the Student Leader Elections website.