The Gucci blackface scandal is not a ‘learning experience’

Jenny explores why Gucci, and the fashion industry at large, still discriminates in 2019. 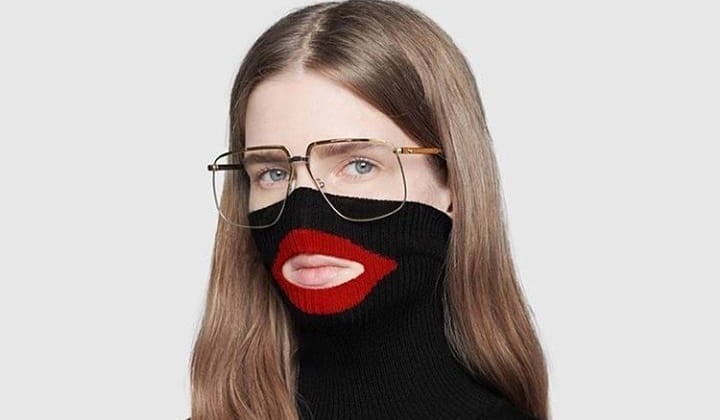 Earlier this month, the luxury fashion brand Gucci withdrew its ‘balaclava jumper’ from stores after being criticised for its blatant blackface resemblance. The knit top, which was retailing at an extortionate $890, with its black pull-up neck and over-sized red-lip caricature looks uncannily like the cartoons popular in the Jim Crow era. Today, blackface is considered shockingly discriminatory, yet products like Gucci’s jumper are still appearing in stores.

First, it is important to understand the history of blackface minstrelsy to recognise why the imagery is so damaging. The National Museum of African American History and Culture notes that the first minstrel shows were performed in the 1830s by white performers with blackened faces to imitate and mimic enslaved Africans, and characterised them as lazy, ignorant, hypersexual, and dangerous.

The influence of minstrelsy and racial stereotyping on American society cannot be overstated, because many of the racist ideas still prevalent originate from this tasteless pastime. It only adds insult to injury considering that Gucci released their jumper during Black History Month!

Many people have taken to social media to publicise their incomprehension of how a company such as Gucci could make such a shocking faux pas. Reportedly, 50 Cent set a Gucci t-shirt on fire and Soulja Boy is having his tattoo of the brand’s logo on his forehead removed. Meanwhile T.I. took to Instagram to launch a boycott of Gucci. On Twitter Charlie Brinkhurst-Cuff questioned whether nobody at Gucci had noticed the blackface resemblance, or if nobody actually cared.

Meanwhile, Gucci released a statement claiming that their insensitivity was unintentional. CEO Marco Bizzarri admitted that, ‘we made a mistake. A big one. Because of cultural ignorance, but ignorance is not an excuse. And we accept responsibility for this mistake.’ However, this is hard to believe since designers spend months planning, researching and studying trends to make sure the products they create will sell. Each item of their collection goes through multiple layers of meetings and approvals before it even goes near a store.

The issue many people have with Gucci’s bigoted design goes beyond what Bizzarri calls ‘a mistake.’ This product hit shelves just months after Prada was forced by popular demand to discontinue the new Pradamalia figures which displayed blackface imagery. Similarly, Moncler came under fire earlier this year when one of its luxury coats from a previous collection was reported to also depict blackface imagery. The multitude of these disputes supports the argument that the fashion industry as a whole is facing a much broader insensitivity issue than the assertion made by the brands that these controversies are mere anomalies.

Elaine Nichols, curator of fashion at the National Museum of African American History and Culture in D.C., commented that, ‘we keep repeating the same kinds of mistakes.’ Nichols then willed fashion decision-makers to ask somebody who knows about the history of racism, sexism and religion, if they do not, before approving potentially insensitive designs.

So, what happens next?

The Gucci brand Twitter account quickly posted a statement saying, ‘we are fully committed to increasing diversity throughout our organization and turning this incident into a powerful learning moment for the Gucci team and beyond.’ Forgive me for thinking that using this as a ‘learning moment’ seems to downplay the mad reality that this jumper made it past even the initial level of product inspection.

Gucci has further said it will step up diversity in hiring, bring on an executive focused on inclusion in New York, and launch a scholarship programme in 10 cities, but personally I find it shocking that it has taken a full-scale uproar, and 50 Cent burning t-shirts, for the brand to consider increasing the racial diversity of their team. Your move, Gucci—it better be more thought-through than your last.