Charlotte caught up with Manchester-based band Larkins, ahead of their gig at Bodega on March 1st 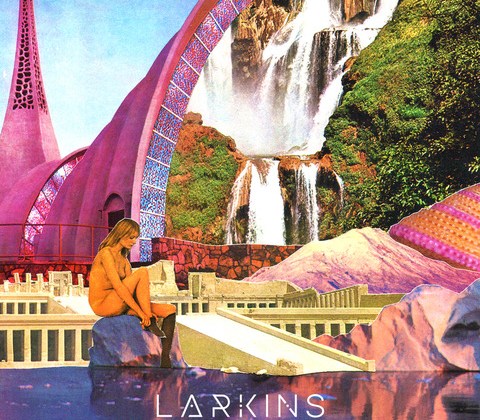 Manchester indie band Larkins have sold out Manchester Academy 2, played festivals across the country and recently ventured into Europe. We caught up with Dom from the band to chat about what they’ve got in store this year.

Hi! Who’s in the band and which instruments do you all play?

Hey! The band is Josh on lead vocals and rhythm guitar, Dom on lead guitar/synth, Henry on bass and Joe on the kit.

How did you meet?

Myself and Josh met in school and started by playing acoustic covers at school events. We auditioned a few bassists and went with Henry thanks to the recommendation of our old guitar teacher…and Joe goes to uni with Henry!

What’s been your best gig so far?

We headlined a sold-out Academy 2 in Manchester last year and it went off!

“As a band we’re into all sorts”

The first year we played Kendal Calling was bit of a nightmare! We were quite young and didn’t have a lot of experience and so decided to borrow the house guitar amps. Mine got stuck on a distortion setting so we ended up trying to fix it for a while. We ended up getting ushered off after only two and a half songs…we’ve always brought our own gear since that!

Who are the main inspirations for your music?

As a band we’re into all sorts. Growing up we listened to a lot of bands like Foals and Two Door Cinema Club, but we’ve also got all the music our parents introduced us to like The Beatles and Led Zeppelin. More recently, our music is inspired by the sounds from the ‘80s. We love the big thumping drums and heavy synth bass.

Are there any other up-and-coming bands/artists that you’re big fans of?

There’s loads of great new artists on the scene at the minute. Bands like Cassia and Glass Caves are sounding great at the minute.

You’re from Manchester…what’s it like coming from a city with such a big music reputation?

It’s an amazing place! You can really immerse yourself in music and the culture of the live scene! We’ve also made sure to look at other places for inspiration though, because we don’t want to be pigeonholed as a stereotypical ‘Manchester band’. We’re so proud to be based in such a vibrant, culturally diverse city which definitely inspires our music.

Can you tell us a little bit about your song-writing process?

Generally it starts with Josh, usually a lyric idea or a set of chords and he’ll write the bones of the track then we’ll add our parts!

When you make it big time, what demands will be on your gig rider?

A great bottle of red wine, a foot-spa and a few limes for Henry.

We’re writing and recording now so we’ll definitely have some new music out soon.

Favourite place to play a show?

Hometown shows in Manchester are always insane! We are playing the Albert Hall in March which we’re buzzing about.

If you could play a gig anywhere in the world where would it be?

Jamaica. Josh went and told us ‘it was great’…I’m personally not sure though as I get sunburnt pretty easily!

You each have one credit for a juke-box…what song do you pick and why?

Josh: ‘London Thunder’ by Foals. One of my all-time favourite tunes.

Henry: ‘Blowin’ in the Wind’ by Bob Dylan. I’ve always really related to it and Dylan’s such a spiritual icon of mine.

Thanks for your time…any last words?

You can catch Larkins at the Bodega in Notts on March 1st. Tickets available:
https://www.larkinsband.com/events/2019-03-01-larkins-bodega

The Gucci blackface scandal is not a ‘learning experience’

Why it’s Good to Say No