BEHIND THE SCENES AT NNT: ‘HUMAN ANIMALS’ BY STEF SMITH 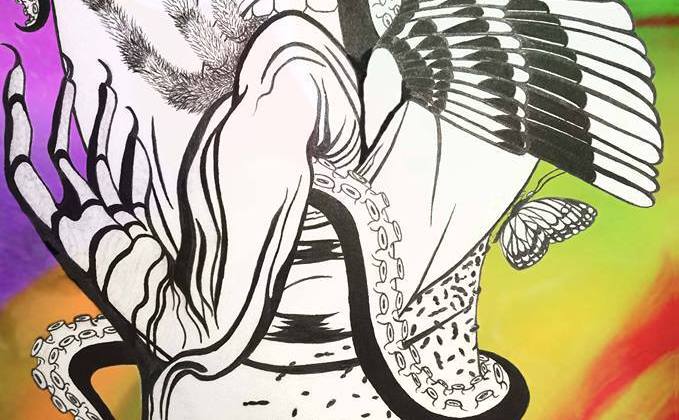 Ahead of its first performance tomorrow night, I had the pleasure to chat with director Joe Strickland about upcoming production Human Animals. A play which, Joe told me, centres around “conflict between different ideologies,” depicting a world in which animals are starting to rise up. An intriguing production which promises to take a look at how people respond to hardship, authority, and revolution, I asked Joe all about the production, the rehearsal process, and what he hopes audiences will take away from this sure-to-be brilliant play.

Why did you choose to direct Human Animals? What was it that drew you to the play?

Joe: Human Animals is a play that centres around conflict between different ideologies which is a theme I’ve always wanted to play around with, and the opportunity to do this within the surreal setting of a crumbling world was just so appealing to me.

What would you say are the main three themes of the play?

J: I’d say family is certainly a key theme, especially in the mother-daughter relationship, but also in any of the relationships in the play where people start or stop seeing people as being part of the same group to them. Also, certain characters begin to distrust the version of events they’re being told and try and see the world from a different perspective in order to benefit themselves. I think those are the three key themes in this production; groups, distrust of authority, and perspective.

How has the rehearsal process been?

J: Great fun. The actors have been able to bring the piece to life and have done very well, especially with the scenes where they’ve had to imagine a lot of stuff happening that they haven’t been able to see yet. There’s a lot of tech and set heavy elements of the show and they’ve done a great job transitioning from the rehearsal room to the stage.

“An intriguing production which promises to take a look at how people respond to hardship, authority, and revolution…”

How difficult has it been sorting all the tech?

J: There is a lot of lighting and sound important in the production, but I’ll leave it at that to not give too much of it away. Fortunately, I’m working with a team I have worked with before and we know how each other think so getting the tech ready for the show has been a breeze, even if there are hundreds of cues!

Have there been any favourite rehearsal moments?

J: Early on in rehearsals I would turn all the lights off, give the performers torches, and tell them to invent society as early humans did, start wars, fight for resources, create leaders and religions and culture. Was it entirely relevant to the show? A little bit; but it helped get the cast open to some of the weirder ideas we then implemented in the show. Plus, it was a really fun warm up before our earlier rehearsals.

Do you have a favourite line?

J: There are definitely some lines that I hope resonate with people, normally spoken by the character of Jamie. My favourite two are “People can get used to terrible things very quickly if they have to. It doesn’t take much for things to start falling apart” and “being compliant might taste good but it fucking rots your insides”.

“The play is a Rorschach test in a kind of way and I want to see what people take from it.”

Are you excited for opening night?

J: Absolutely, the show is in a really great place and I’m excited to see how people react to it, what they like or draw from it. The play is a Rorschach test in a kind of way and I want to see what people take from it.

What do you hope audiences will take away from the production?

J: I want people to self-evaluate and reflect on their own behaviour. We force the audience to do that a few times during the play and it would be great if people left the show a little more likely to evaluate their decision making. Often people talk about walking in someone else’s shoes, but I hope that people might take a few more steps without any shoes on after seeing this show, reflecting on situations and evaluating events without any particular bias or perspective. If more people did that I think everybody would be happier.

Is there anything else you’d like to let readers know?

J: The show is intense and unsettling at points, but it is truly an experience you aren’t likely to find anywhere else this year. It would be a shame for you to miss out!

Why You Should Go Pro Bono