Though released all the way back in November, the colossal failure that is Fallout 76 is still being discussed today - Jack takes a look at Bethesda's various sufferings since the game's launch.

If you’ve heard anything about the buggy hellscape that is Bethesda’s latest release, you already know it’s an empty, broken mess. But we’re not here to discuss Fallout 76’s gameplay. Instead, let’s dissect the storm of controversy and failure Bethesda has suffered since the game’s launch. 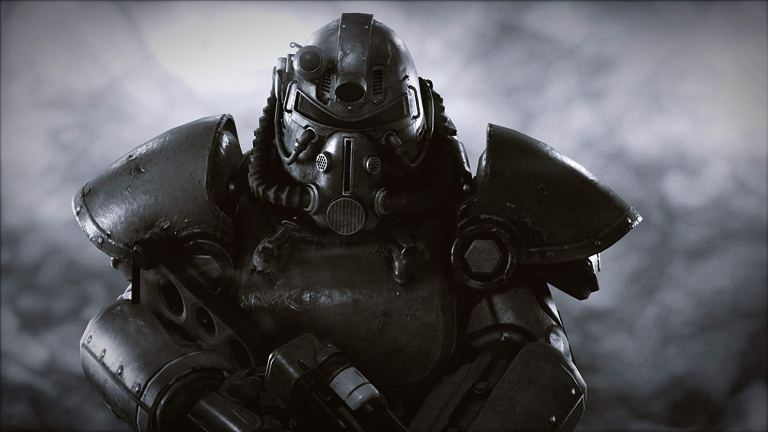 Even from its E3 2018 announcement, no-one seemed to know what Fallout 76 was. A multiplayer experience that let you play alone? With PvE and PvP features? A tired mish-mash of survival and MMO clichés? Director Todd Howard claimed 76 was the “largest project we’ve ever done… parts of the studio in Maryland, Austin, Montreal for Bethesda Game studios … id Software, Arkane, Zenimax Online.” Many now assume that most of this help was in fact asset loan, with the bulk of the work falling on the inexperienced Austin Studio.

76 stirred up controversy before even launching when Bethesda announced the game wouldn’t be sold on Steam, instead only available for PC on Bethesda.net. In hindsight, many assume this was done to avoid honouring Steam’s refund policy on a product Bethesda knew was likely to receive a lot of complaints.

Despite the uncertainty, many fans still pre-ordered because it was the only way to access the game’s B.E.T.A, which launched on October 23rd. Clearly, this wasn’t the usual stress-test to improve the game, because the three weeks before 76’s November 14th launch wasn’t enough time to meaningfully fix anything. Instead, this was a paid early-access period used to bait fans into paying full-price.

It wasn’t worth it. Besides a litany of bugs, B.E.T.A sever connections weren’t encrypted, meaning the IP addresses of every player on a server were accessible, and people could forcefully disconnect other players. The game also had no client-side cheat detection at launch, foreshadowing the mass exploitation to come.

After the mostly negative response to the B.E.T.A, and a disastrous launch with even more technical issues, and awful reviews, Fallout 76 had a lightning-fast price slash – down from $60 to $40 within its first week, then to $35 within two. This is incredibly disingenuous to Bethesda devotees who paid full price for pre-orders and day one purchases. 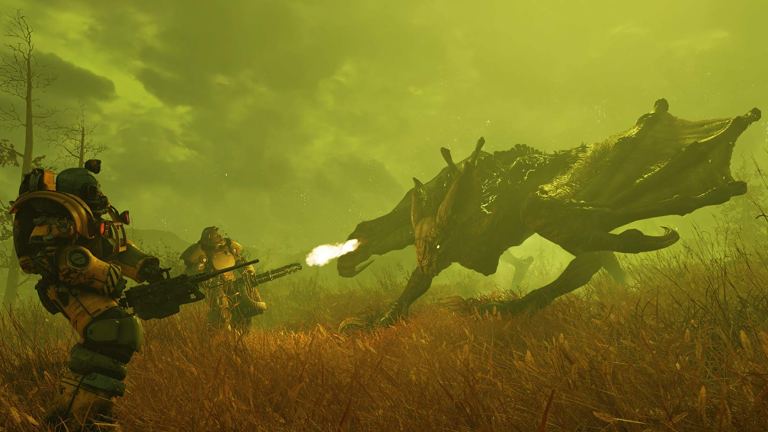 Fallout 76’s massive bugs are so insulting because some were ported directly from 2015’s Fallout 4. By now, modders have patched these problems out of that game, but Bethesda couldn’t even be bothered to copy their more competent fans (it’s not like they haven’t taken advantage of modders before – see the Creation Club, where they sold previously free mods as DLC content).

“76’s technical foundation is decrepit and it shows”

The promise of “all new rendering, lighting, and landscape technology” with “16 times the detail” was a bald-faced lie. The new lighting system appears to be the same as a Fallout 4 mod, slapped on top of the same Creation Engine that’s been chugging along since 2011’s Elder Scrolls V: Skyrim, itself a modified version of the Gamebryo Engine that powered Morrowind way back in 2002. 76’s technical foundation is decrepit and it shows; look the game up on YouTube sometime, because the truckload of bugs are too numerous to name here.

The number of asset flips from previous Bethesda games is also atrocious. Does the final boss, the Scorchbeast Queen, look familiar? That’s because she’s a reskinned Skyrim dragon; they didn’t even bother to take ‘dragon’ out of the game’s code.

Did you know that Fallout 76 had no press to talk button at launch? Pretty annoying when the bare-bones narrative is told through audio logs you couldn’t hear over randoms yelling into their mikes every five seconds. And no POV slider? Or the ability to remove environmental obstacles when base-building, a feature already in Fallout 4?

These features were added in patches bigger than the base game (45 GB vs 54.6 GB on day one) that caused more problems than they solved (again, not uncommon for Bethesda: Skyrim’s first patch made its dragons fly backwards). This problem persists even now, with a late January patch reintroducing several already-fixed bugs because Bethesda staff were working on a prior build of the game.

Bethesda’s game launches have always buggy car crashes – Todd Howard even had the audacity to crack a joke about it at E3 – but fans tolerated and put the effort in to fix them (which Bethesda often didn’t) because of the games’ rich stories and atmosphere. With no NPCs to deliver story in an engaging way, and a world only populated by players waiting to d**k you over, the holes in Bethesda’s archaic design philosophy have been laid bare. 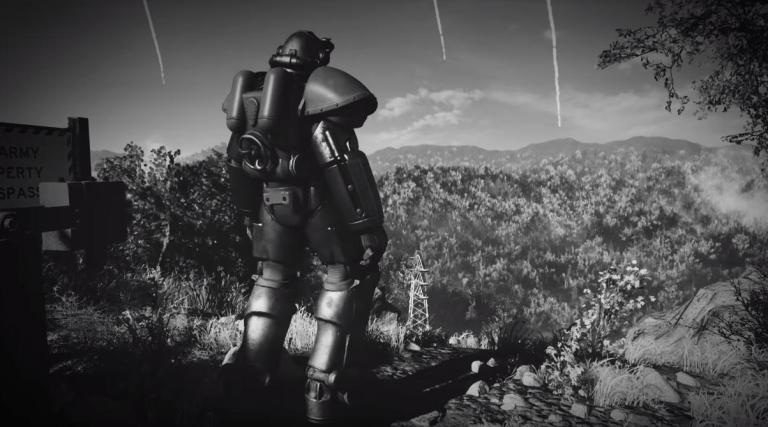 Bethesda is handling these controversies with the delicacy of a drunken elephant. Following accusations of them deleting critical threads on Reddit, they announced 76’s first content update, which landed in March. It include neither the PvE improvements or human NPCs the vast majority have been begging for. For the record, that’s almost 5 months without new content for a service game many were already calling shallow and empty.

Fallout 76’s community is already falling apart: Initially, many die-hard fans attacked online critics, branding them trolls jumping on the hate bandwagon. Over time, however, Bethesda’s defenders have dwindled, starved of content and met with new controversies seemingly every other day, four months after the game launched. It hasn’t helped that Bethesda – in what appears to be an attempt to prolong the gameplay experience – has stealthily nerfed XP collection, damage to enemies, and  the crafting process, significantly stretching out the game’s grind.

The scariest thing is Bethesda’s statement that Fallout 76’s Creation Engine – the one that’s almost old enough to attend this University – will power its next two games, Starfield and The Elder Scrolls 6. Over the years, Bethesda Studios’ pedigree has been declining (Fallout 4 was the first of their games in a while not to win Game of the Year) and their business practices are becoming more and more anti-consumer (the Creation Club). We can only hope this is the wake-up call they need.

Featured Image and article images courtesy of Bethesda Game Studios via IMDb. No changes have been made to these images. Company credits available here.

BEHIND THE SCENES AT NNT: ‘HUMAN ANIMALS’ BY STEF SMITH