Behind the Scenes at NNT: ‘The Seagull’ by Anton Chekhov Adapted by Florence Bell

Impact goes behind the scenes to give you a glimpse at Florence Bell's upcoming adaption of 'The Seagull'. 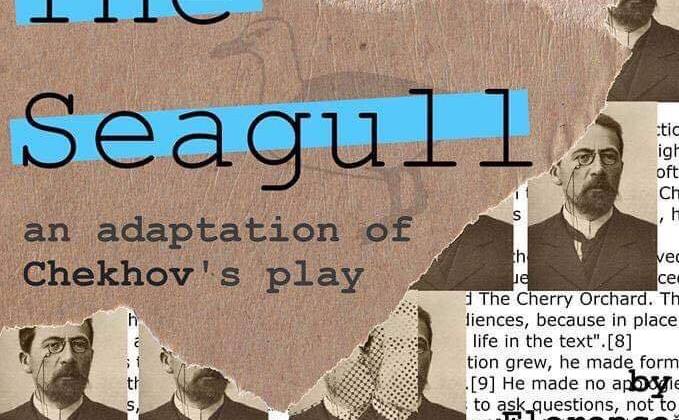 Florence Bell presents for your enjoyment a new adaptation of Chekhov’s naturalistic classic The Seagull.

Instead of adapting the play in a traditional sense, director and writer Florence Bell has created a new piece of drama. Taking the final act and repeating it through the perspectives of four different characters it uncovers the history of the play, revealing new details and placing a fresh emphasis on the female characters and highlighting the play’s themes. To quote the actors, ‘unrequited love is a big mood’ within the piece!

The Seagull is a clever adaptation of the original play and a really nice piece of drama. Whether you know Chekhov or not, the play is, at its core, a piece about a set of characters who go through a lot together. The piece connects ideas of art and writing whilst also focusing on questions of morality, especially in regard to how we treat others. Written in the 19th century the play has been brought up to date by Bell, who introduces modern elements such as phones and the internet. This modernisation is also emphasised in the increased focus on female roles, as seen in the character of Petra previously male in the original.

Combining commentaries on social relationships, the arts and writing as well as love, this new version of The Seagull is one you won’t want to miss!

To provide an inside look at the play without giving too much away, here’s a description of The Seagull’s characters and their relationships, in the words of the actors themselves. 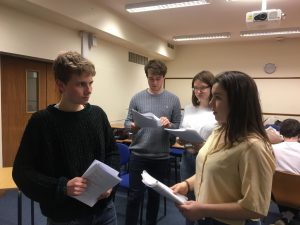 Rosiella Sutherland:  Nina is a complicated character but seems to be one of the most solid foundations of the play. Initially, she seems like a dream-like figure filtering in and out of people’s fractured memories. Her personality is formed by other characters perception until her own act when she reclaims the stage, with a touching yet surprisingly strong-willed monologue.

Olly O’regan: I play Stanley, a young writer tormented by his history. He takes the pain of his past and unrequited love for Nina and concentrates it into his obsession and perfectionism for writing.

Ciara Amas: Irine is Stanley’s mother and a middle-aged actress. Her career was successful, but now she returns to her childhood home to visit her sister.

Flo Starr:  The sickly Petra, Irine’s sister, is the cause of Irine’s coming back. She owns the family home and Stanley lives with her. On the whole, she’s a friendly character.

Ellen Dennis: I play Martha who is married to Simon but in love with Stanley, another victim of the play’s unrequited love. She looks after Petra and is a cheeky yet sad character.

Danial Ahmer: Simon, a simple family man and Martha’s husband aids in taking care of Petra. He’s a straightforward character who simply wants to settle down and look after his young son. 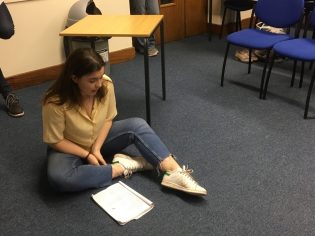 Hugo Minta: the Doctor looks after Petra and although he isn’t part of the family, he is very close to them, as well as being Martha’s father. He becomes intertwined with the events of the play, and acts as an outside observer to the action which adds a very interesting dynamic.

Callum Walker: Boris is an older writer, with decades of experience in the industry. He clashes a lot with Stanley due to their conflicting views on art and Boris’ prior relationships. He’s a fun role to play, as he’s been thrown into the house and only knows a handful of people.

For more behind the scenes of The Seagull, click here.

A style guide to your university lecturers

Interview with Andrea Gibson – ‘Lord of the Butterflies’ Tour