April Book of the Month: Mary Beard – Women and Power: A Manifesto 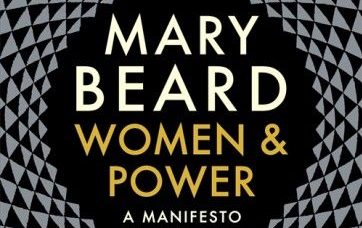 I came across Beard’s Women and Power: A Manifesto whilst desperately searching for secondary
reading for my dissertation. This critical essay does what it says on the tin, it discusses the
relationship between women and power from the Ancient Romans and Greeks to today. An
excellent and accessible piece of feminist non-fiction, Women and Power assesses the history of
silencing women and how we can change this in the future.

An academic in Classics at the University of Cambridge, Beard is an expert in her field, articulating
herself with clarity and proficiency without alienating herself from an everyday audience. One of our
country’s most well-known classicists, The New Yorker characterises her as “learned but accessible”.
She is a prolific novelist, but also known for her appearances on both radio and television.

A short work at less than 200 pages, I read Women and Power in one sitting simple because I didn’t want to put it down. Split into two chapters named ‘The Public Voice of Women’ and ‘Women and
Power’, Beard uncovers the routes of misogyny from the classical era. From Medusa to Merkel and
everything in between, Beard highlights the struggles women have faced in entering the public
sphere.

“The representation of female voices in politics is shockingly low, illuminating how relevant and topical these issues are”

Right from the beginnings of Western culture to modern politics today, the representation of
female voices in politics is shockingly low, illuminating how relevant and topical these issues are. As
the latest of the UN Women Statistics have demonstrated, in the UK only 22.8 per cent of all
national parliamentarians were women as of June 2016. Despite having a female Prime Minister, our
country does not facilitate the success of female politicians, with this trend being evident globally.
Beard also argues not only this, but once women do obtain positions of power they are treated
much more harshly than men, being scrutinised for every action and blamed for every failure.

As well as historically, female authority figures are typically presented negatively in literature and
drama. Beard provides the examples of classic Greek drama, with figures like Medea, Clytemnestra
and Antigone depicted as ‘abusers rather than users of power’. Medea infamously murders her own
children after descending into a state of madness at her husband’s abandonment. In these
presentations it appears that women are incapable of dealing with power responsibly. Thus, it is an
understatement to call this message problematic.

Women and Power is a truly eye-opening read and one that I would recommend to all, no matter
how familiar you are with feminism or classical history. But don’t just take my word for it; Beard has
received much praise from critics for this work, being a number 1 Sunday Times bestseller. My only
criticism of Beard’s Women and Power is that I wish there were more of it, I could happily read her
writing for days on end with no difficulty. Witty, charming and eloquent, Beard is a breath of fresh
air in an often tricky genre.

Whilst Beard admits that we have come a long way in achieving gender equality, she believes that
there is still much more to be done. To use the words of the woman herself, ‘you cannot easily fit
women into a structure that is already coded as male; you have to change the structure’.

Why the Primark Online Shopping Rumours are Actually a Blessing