Why the Primark Online Shopping Rumours are Actually a Blessing

Miriam debunks the rumours and lays down some fast fashion facts.

News broke out this week that Primark was finally launching online shopping as well as a click and collect service for its customers. Fans were excited and social media hit off with many claiming this was ‘what they’ve been waiting for’. Unfortunately, for these fans, the rumours seem to be false.

I did some digging in Primark’s Twitter responses and they are directly telling fans that unfortunately Primark have no plans right now for online shopping.

Hi Jade! We do not currently have plans for an online shop as we are focusing on bringing you amazing prices in our stores ?

Although the news may be fake is it entirely bad? I think that although in principle it would be fantastic to have our beloved Primark online, it would, however, actually be disastrous. Yes, having Primark delivered to the door would be ideal especially on our student budget and if you had told me this five years ago I’d be the first in the queue. The issue I now hold against it is the negative effect it would have on our planet.

There is an atmosphere of real change at the moment with climate change and environmentalist concern growing ever stronger. A primary focus of this trend however is highlighting the dangers and implications of the fast fashion industry and its detrimental effect on our planet. 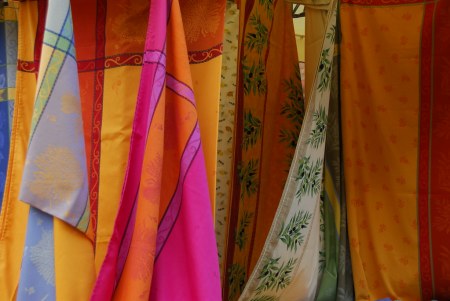 You may be wondering why fast fashion is bad for the environment?

The BBC report that 235 million items of clothing are sent to landfill every year. 700,000 fibres and microplastics are released in washing cheap clothes, and this is something reduced with better fabrics. However, arguably the most important is that 1.2 billion tonnes of carbon emissions were released into the atmosphere in 2015 alone.

It’s true that not having online shopping won’t stop people buying at Primark, but that isn’t the point. By launching online shopping Primark will make it all too easy to buy into fast and cheap fashion which is a huge contributor to greenhouse gases. By encouraging easier access to fast fashion Primark would be going against the interests of the planet and would be highly controversial.

The problem of online shopping at Primark to me is that it would be incredibly irresponsible of the company to launch this because everybody knows how successful and popular it would be.

Primark is great for cheap clothing, but the planet can no longer sustain cheap clothes which have a high turnover rate. It’s not just that it is cheap, but Primark is often seen as disposable fashion. To many, Primark is a way to keep in fashion easily for a small cost and when fashions change people dump their old clothes with the attitude that it was cheap, so it doesn’t matter. Primark isn’t necessarily to blame for this, but it markets itself on this idea.

So, for me, Primark going online would be highly disastrous in its allowing the public easy access to fast fashion which is often viewed as disposable.

To learn more about fast fashion, check out Millie’s article.

April Book of the Month: Mary Beard – Women and Power: A Manifesto