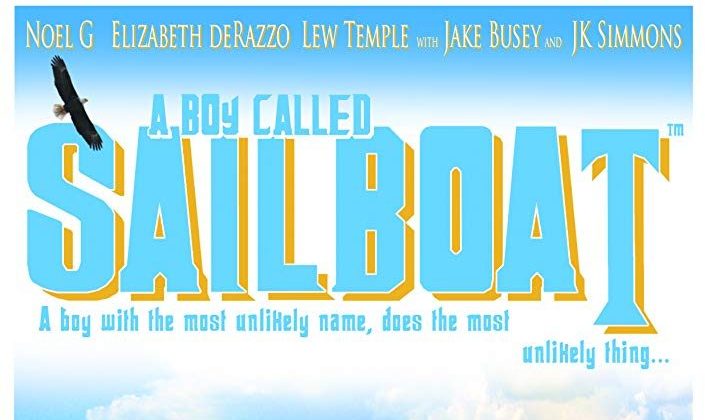 I was lucky enough to be offered the chance to review Cameron Nugent’s A Boy Called Sailboat before its release. It follows the story of a hispanic family and their young son who, after finding a small guitar one day, is given the task of writing a song for his grandmother. With some quirky moments and unsettling characters found along the way, this story is far from bland.

First and foremost, this is one bizarre film! From the family house that’s held up by a stake in the ground, to the best friend who’s unable to blink, to the teacher who thinks it’s appropriate use rattlesnakes in lessons, it is a true stretch of the imagination. In particular, the wackiness of the storyline and quirky humour reminded me of the much-praised film from 2014, The Grand Budapest Hotel. Given that won four Academy Awards and 5 BAFTAs, that’s surely a positive sign for the future of A Boy Called Sailboat!

“Without [Sanchez’s] emotional maturity and the endless curiosity in character, this movie would not feel so grounded”

The cast were brilliant in their exploration of the roles and special acknowledgment must be given to Julian Atocani Sanchez (Sailboat), as a promising child actor. Without his emotional maturity and the endless curiosity in character, this movie would not feel so grounded and would have been too far beyond the realms of belief.

“I particularly enjoyed the exploration of music in the film”

I particularly enjoyed the exploration of music in the film. Most obvious was the way it portrayed the boy’s music as spellbinding to those around him (no spoilers here!). More subtly, though, I really enjoyed the soundtrack’s use of popular folk songs through acoustic guitar. These songs, including ‘Row, Row, Row Your Boat’, ‘Scarborough Fair’ and ‘My Bonnie’, played into simultaneous feelings of familiar innocence and new discovery that the film played upon throughout. I also enjoyed their subtle hints to childhood schooldays, something around which the story heavily revolves, encouraging audiences to ourselves identify with the little boy and his journey.

“The story felt very slow to progress at first”

When looking at this film briefly online beforehand, short summary sentences packed a punch, setting up expectations for an epic film. Unfortunately, these words fall somewhat flat upon watching. The story felt very slow to progress at first. Despite some really promising ideas, it felt at times like the the film was trying too hard to be bizarre, giving the audience too much information and alternative humour to take in, detracting from an otherwise simplistic but heartwarming plot.

Overall, this was a decent film. Just the right length for a short revision break and something to put a smile on your face! Though not the kind of movie you stick on in the background whilst completing menial tasks, it’s certainly not mentally challenging. I would recommend it for those interested in quirky cinema and looking for something new to watch. Part of its charm is that this dares to stand out against current mainstream films, like superhero stories and rom-coms, which, as enjoyable as they are, can be very repetitive.