Anna talks us through some of her favourite looks from the night. 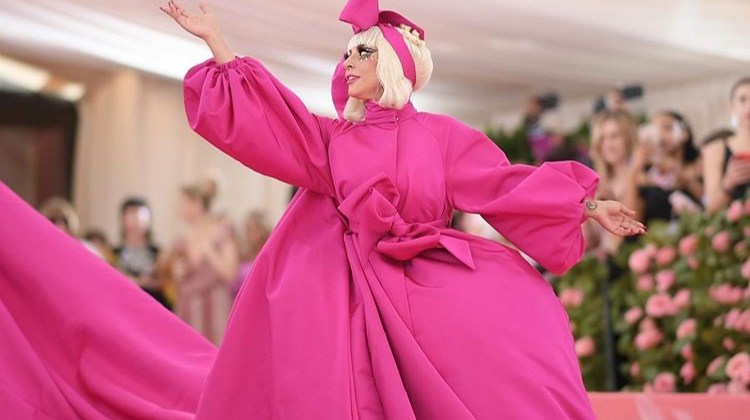 Monday night saw what many consider the best night in fashion: the annual Met Gala. Hosted at the Metropolitan Museum of Art in Manhattan, the event aims to raise money for New York City’s Metropolitan Museum of Art’s Costume Institute. This year’s theme was titled “Camp: Notes on Fashion”, inspired by Susan Sontag’s essay “Notes on Camp”. If there is one night of the year when you can go all out and be completely outrageous with your outfit choice, the Met Ball is that night. Here are some of the best dressed celebrities from the event.

Lady Gaga truly blew everyone away with her looks – yes, plural! The Academy Award winner stunned us all with 4 outfit changes and a 16-minute performance on the pink carpet. Wearing all Brandon Maxwell, Gaga arrived in a fuchsia cape gown with a 25-foot train and then proceeded to unveil a black dress underneath. She paired it with a black umbrella before revealing her third outfit, a hot pink slip dress with large black sunglasses and a brick phone for accessories. For her final outfit she wore a crystal bra and knicker set with tights and sky-high platform heels. As for her makeup, she wore a bright pink lipstick and long, metallic lashes.

For me, I was most excited to see what the men would be wearing. This year’s theme, dating back to Louis XIV’s era, enabled men to really push the boundaries, which is just what Hamish Bowles did. The editor-at-large showed up in a purple Maison Margiela suit created by John Galliano. The fashion journalist wore a kaleidoscopic cape on top with a purple feather rim that complimented his suit perfectly. He also paired it with a custom Swarovski lilac crystal tiara. While this may not be to everyone’s liking, this is one of my absolute favourites from the night. Bowles really followed the theme and looked incredible while doing so.

If there is one person that can make an entrance, we have learnt it is Billy Porter. The actor dressed head to toe in gold and, to make everything even more extravagant, arrived in an open palanquin carried by six shirtless men, a nod to Ancient Egypt. Porter wore a custom look by The Blonds that included a gold embellished jumpsuit, a matching 24-karat gold headpiece and 10-foot wings. Personally this was also one of my favourite looks of the night. While some men seemed to not really follow the theme (Richard Madden and Shawn Mendes, yes I am looking at you), Porter truly stole the show. I will even go as far as to say, for me, he has shown himself to be on the same level as Rihanna and her Met Gala-status.

The Blank Panther actress wore a custom pink Versace dress, paired with a rainbow ruffled fan that matched the ruffles on her shoulders.  For accessories she had gold combs in her hair and she went all when it came to her makeup, which featured glitter from her lash line all the way to her brows.

While I would not say Ezra Miller’s outfit was the most theatrical and brilliant of all the looks on the carpet, his makeup truly blew me away. To compliment his pinstripe suit and jewelled corset, he wore five eyes makeup with a red lip. He also held a mask which he arrived covering his face with before unveiling his look.

Having worked with Christian Siriano to make this outfit come to life, the American Horror Story creator paid tribute to Liberace and used one of his outfits, the Neptune, as inspiration. He donned an orange tux covered in jewels and a matching cape that altogether weighs 100lbs and took two months to make.

@saoirse_ronans at tonight’s #MetGala in @Gucci

The Irish actress wore a custom-made Gucci red sequinned gown that had a silver and green pattern on the neckline and embellished dragons on both shoulders, giving the effect of shoulder pads. She wore gold accessories and gold-bronze makeup to tie the look together. While this dress reminded me of the 2015 Met Gala theme “China: Through the Looking Glass”, Ronan managed to pull it off anyway with the heavily embellished design which is seen time and time again in camp fashion.

Wearing another creation designed by Christian Siriano, Michael Urie truly does gender non-conforming fashion at the Met Ball perfectly. With one side a pinstripe suit and the other a tulle gown, the former Ugly Betty actor took it to the next level. To top it all off, his accessories and makeup did not match the “correct” side, a leather boot and tattoos with a pink dress is a combination I did not know could be pulled off until now. Likewise, sparkly earrings with a matching glistening clutch for the suit side also surprisingly works. It is honestly refreshing to see a whole new take on celebrity red carpet fashion and breaking the gender norms at the Met Ball.

Again, Zendaya has showed us she can pull off any look. While it definitely is contrasting to her 2018 Met Gala outfit where she came dressed as Joan of Arc, Zendaya looked breath-taking in her Cinderella-inspired gown. The actress and singer paired the dress with a clutch in the shape of the pumpkin carriage from the famous fairytale. She was accompanied by Law Roach, her very own ‘Fairy Godbrutha’ as she has called him on social media, who waved his wand which actually emitted smoke, resulting in her dress lighting up and expanding. Now if that is not impressive, I do not know what is. She even lost her slipper walking up the stairs – talk about dedication to the role!

What Would I Like to See in the Future? Part 2 of 2