Comfort Films – The Medicine We All Need

Ah, the comfort film. The cinematic equivalent of a nice warm blanket and a cup of cocoa. The antidote to exam stress and, more importantly, a great all round “feel-good” experience. Here at IMPACT, some of our writers have taken the liberty to share their own recommendations regarding the perfect comfort film. So, without further ado…

Spirit: Stallion of the Cimarron and The Truman Show:

Everyone has a comfort film or television show – something which you can watch over and over until you can quote it in your sleep but which makes you feel good each time. I have two comfort films, both of which make me happy, no matter what. The first is the 2002 animated classic Spirit: Stallion of the Cimarron. This was the first film I went to see in the cinema, and has remained a firm favourite ever since.

Starring Matt Damon (I was stunned to learn this, years later) as the titular character, the film tells the story of a stallion captured by 19th century settlers as he escapes with a Native American captive. It’s a children’s film about horses, yes, but also a story about perseverance in the face of adversity, and one that’s set against the backdrop of the beautiful American West as it’s scored by Hans Zimmer and Bryan Adams.

My second comfort film is The Truman Show (1998). If you have not seen this masterpiece, I encourage you to do so. It has comedy, drama, and thrills which keep me glued to the screen no matter how many times I see it. Jim Carrey stars as Truman, a man who slowly begins to realise that his life is entirely fictionalised, and broadcast to the world as a reality TV show. The science-fiction themes of the film provide the perfect amount of social commentary, posing questions about the meaning of life, authenticity, and technology in the modern age.

But don’t fear—this film is not depressing or particularly dark. You can definitely enjoy it on a rainy day without thinking too much, though I would be utterly surprised if you came away with your mindset unchanged. The Truman Show is carried by the intriguing premise and excellent performances of its cast, and is a classic that deserves to be re-watched, if only to rediscover new details each time.

Meet Me In St. Louis, Oklahoma! and The Wizard of Oz:

We all occasionally need a good pick-me-up movie to watch, either to make up for a long tough week, or to give us something to do when ill and unable to leave our living room sofas. Everyone has their own recipe, but I always found something very warm and sentimental about old Hollywood musicals, such as Meet Me In St. Louis (1944), Oklahoma! (1955) and the Wizard of Oz (1939). With their beautiful saturated colours, quirky characters, and beautiful musical performances, they’re a sure way to make yourself feel like everything is going to be okay.

“That is why they are so good at being comforting: they show the world as it should be, rather than as it is.”

The lead actress from Oklahoma! is now 84 years old, and in a relatively recent interview, responded to a question regarding what makes people continue loving and watching films decades later, by saying that what people look for from fiction is pure entertainment. 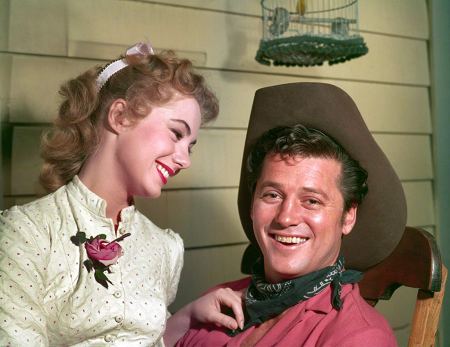 The social realism that is prevalent in current media rarely allows for such idealised portrayals of daily life as old Hollywood musicals achieved. That is why they are so good at being comforting: they show the world as it should be, rather than as it is. Problematic in their own ways and according to the social attitudes of the time, they do not raise important issues that, although need to be discussed, do not help with the feeling of comfort. In these musicals things are simple, characters are kind to one another, and the villains get what they deserve.

How to Train Your Dragon:

When I saw it in the cinema, How to Train Your Dragon was my favourite movie to ever come out, ever.

Maybe it was the social outcast in me connecting with awkward, scrawny Hiccup. Maybe it was the dog lover in me, who wanted a pet like Toothless so, so badly. Maybe I was connecting to the strained father-son relationship in the movie (though my Dad never disowned me or pressured me into fighting a flame-throwing lizard). Or maybe it was the music, because my god, the music. That moment when Hiccup and Toothless are taking their first flight, Hiccup throws caution to the wind and the camera swoops and dives with them as the score swells in their wake? Still one of the greatest fist-pump moments in film.

“How to Train Your Dragon is the reason I still love animation so much today, and I’ll never forget it for that.”

This movie is special because it came along just when I was trying to convince myself I was too old for animation. It showed me how stupid I was being. Because the colour, the sense of humour, the dynamism in the action sequences, the deceptively deep lore, everything oozes effort and detail and passion. It felt like this movie was made specifically for 10 year-old me, and even now, watching it nine years later, it feels like being wrapped in a warm blanket with a mug of warm cocoa.

It’s an example of what animation can do when people pour their souls into it. A franchise that spanned three TV shows and two more movies, all of them ravenously devoured by our household. It’s evenings after school, sat on the sofa with my brother arguing about nonsense dragon lore. How to Train Your Dragon is the reason I still love animation so much today, and I’ll never forget it for that.

Every now and then, we all experience a slump. And whether it’s a serious upset, or simply feeling low, many of us often have a comfort film or two to turn to, something to lighten our mood, and distract us from whatever misery the world has brought this time. For me, that movie shall forever be Disney’s The Lion King.

Sure, Mufasa’s death shocked many of us at a young age, and the tragedy continues to hit home even now, whenever said scene comes up. But it remains my comfort film because it is a Disney masterpiece.

The one-liners from Scar, the craziness of Rafiki, and the comedic duo that is Timon and Pumba make this movie jam-packed with hilarity. I may know almost the entire film off by heart by now, but Rafiki’s ‘Asante sana Squash banana’ never fails to brighten my day.

But despite all this hilarity, The Lion King’s strongest quality shall forever be it’s soundtrack.

Of all Disney movies currently in existence, I dont think any track beats that of the Lion King. Not a single song is a disappointment. Unlike Moana‘s ‘You’re Welcome’, there is nothing off-key. Unlike Frozen‘s ‘Frozen Heart’, there is no one song you forget exists. Other soundtracks certainly come close (any song from Mulan is sure to get me singing any day), but The Lion King remains the top of the musical food-chain (pun forcefully intended). 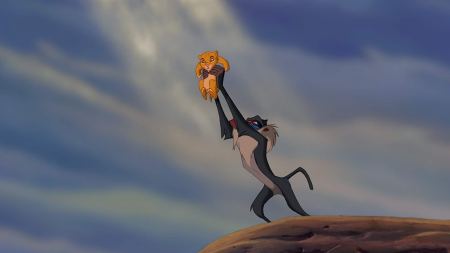 Who can resist singing along to the upbeat ‘Hakuna Matata’, jamming to Scar’s infamous ‘Be Prepared’, or swaying to the beautiful ‘Can You Feel the Love Tonight’. Even the later added ‘Morning Report’ provokes joy, and I’ve yet to meet a cat-lover who hasn’t raised their cat high above their head in a mock imitation of Simba in the ‘Circle of Life’. With each song a musical masterpiece it’s no wonder it took to the stage and remains a frequent production in London’s Theatres.

So sure, at its core it may just be a recreation of Hamlet were it set in the animal kingdom of Africa, but it’s so much more than that. A film full of humour, loveable characters, and one of the best movie soundtracks to grace our ears, it shall forever remain my go-to comfort film, and I highly recommend it to you too.

The Beautiful Confessions of Loyle Carner