Joshua-Ruiz: Joshua’s focus on the future derails his present. 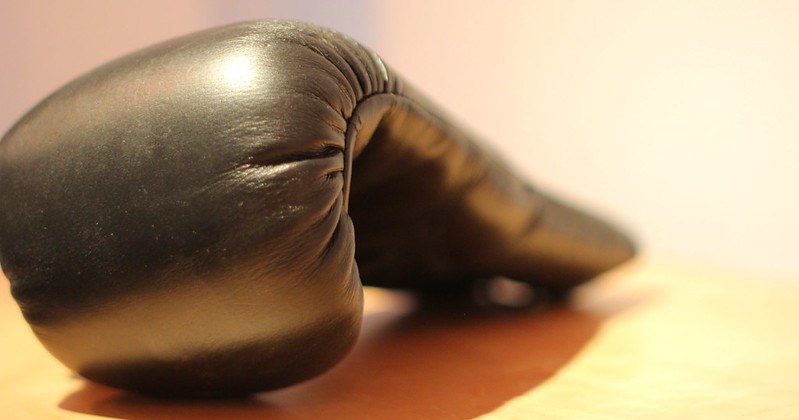 Of all the clichés that could be used with regards to Anthony Joshua’s far less than whelming defeat at the hands of Andy Ruiz one feels particularly apt. Life is what happens to you while you’re busy making other plans. This fight for Joshua was all about what it meant in future, building his brand in the US and setting up the big fights to come. Instead he came in undercooked and under seasoned, and got knocked into becoming a meme.

All throughout the build it seemed that far more of the talk was about what came next. Everywhere you looked in the weeks before the fight there was Joshua’s face, and his opponent’s face was nowhere to be seen. Jarrell Miller and then Andy Ruiz were simply rotund men to be sacrificed at the altar of the statuesque AJ on his journey to recognition, future pay per view revenue and sponsorships on the other side of the Atlantic to go along with the sports drinks, betting partnerships, apparel sponsorships and so on back home. This only ramped up when Ruiz stepped in, through contacting Joshua’s promoter on social media, a month before the fight. The observers took one look at this new opponent, a short, chubby Mexican American who had fought a week earlier and whose best result was a majority decision loss to one of Joshua’s prior conquests, and wrote him off as a stepping stone to Wilder or Fury after the two face off next year.

The biggest difference between the two was indeed fitness, but not in the way that most viewers thought. Ruiz was in excellent fighting shape, if not aesthetic shape, having just come off another camp. Joshua however was the inverse, appearing sluggish in general and slower than Ruiz specifically. Ruiz then exploited his hand speed and the natural power most heavyweights possess through physics. The challenger bounced immediately back from a knockdown in the third to send Joshua to the canvas. Joshua’s reaction was much the opposite, he was never the same in the fight and was knocked down again in the third and twice in the seventh to finish the fight. Ruiz hurting Joshua was unsurprising, Ruiz has that hand speed and power whilst Joshua has been hurt in multiple fights in the past. The surprise was Ruiz outclassing even a sluggish and undercooked Joshua in the fashion that he did. A fresh pair of eyes watching the fight would have had the roles of the two fighters reversed.

“The surprise was Ruiz outclassing even a sluggish and undercooked Joshua in the fashion that he did.”

Even with all the caveats that can be made with Ruiz being more impressive than he appears and Joshua taking this fight lightly regardless of opponents, this is still part of the chaos inherent to heavyweight fighting in any combat sport. These men are all over 200lb and when you’re that big, everyone hits hard enough to knock you out. This in particular is why it is necessary to strike while the iron is hot. You can plot things out and set up to face the winner of Wilder and Fury late next year or early 2021, and then a man with a Snickers bar as the cover photo for his unverified Twitter account is jumping up and down as you’re not sure where you are. This heavyweight division had true momentum for the first time in years, with boxing fans and casual sports fans both salivating over the prospects in the wake of the other two big undefeated names fighting to a draw earlier this year. Instead Fury signed with a different TV partner, Wilder turned down a deal with Joshua’s streaming partner (which still would have seen this date for Joshua take place if not necessarily Ruiz) and Joshua himself talked about waiting to make this fight as big and lucrative as possible.

Anthony Joshua’s promoter has already said the contractual rematch will take place later this year, whether that is in his preferred UK or Ruiz’ preferred Mexico remains to be seen. Either way, even if Joshua wins that in impressive fashion his big paydays will be diminished and his reputation will never be the same. The finances of bouts between Fury, Wilder and Joshua were all revolving around that 0 in the loss column for the three men. Taking this fight, then another later in the year, and taking on the last man standing of that pairing would have left both with one of the richest paydays in boxing history. There were just too many moving parts. Whilst the number in the loss column is not the be-all end-all of promotion that some would believe, losing it damages Joshua’s split of the revenues in any future fight.

The biggest impact this fight has for Joshua is on his reputation. Ruiz can use this as a springboard, winning the rematch and going on to then try to become undisputed champion in what is a cinematic setup. His life will forever be changed, even if he immediately loses his pay will grow significantly from here on. Joshua on the other hand in his first fight before the world’s largest single audience of boxing fans was thoroughly embarrassed. Memes immediately started doing the rounds poking fun at the former champion, such as a video showing his “spirit” being knocked out of his body and flying back to the UK. Joshua even taunted the vaunted Drake Curse in the build, captioning a picture with the artist “Bout to break the curse” in what now appears to be a stroke of hubris. That Ruiz appears so unathletic will always hang over his head. He didn’t just lose this first fight in front of this audience, he didn’t just lose to a man stepping in on short notice who weighed in in jeans or to a man with no real high level wins on his record. All of that happened at once. A man who looks like he could be found at your local boxing gym a couple of times a week broke the sculpted, pedigreed Olympian. At the end of the day, that’s what everyone will remember from this fight with regards to Joshua. He and his team were so busy making their plans that they forgot that life has a tendency to get in the way.