Imagine this. You’re one of the biggest game publishers on the planet, and you’re handed the biggest brand in pop-culture on a platter. Star Wars is bigger than ever. Episode VII will crack $2 billion, the 3rd biggest movie of all time. And you have the exclusive rights to the license.

Just look at how optimistic this promo is!

How do you screw this up??

And those two games EA did release? Yeah, they didn’t go down well.

Crimes on the Battlefront

Half of Battlefront (2015)’s content was locked behind its $50 Season Pass (on top of a $60 base game) and EA admitted they ignored a single-player campaign so the game could release alongside The Force Awakens. Players were not  very happy. 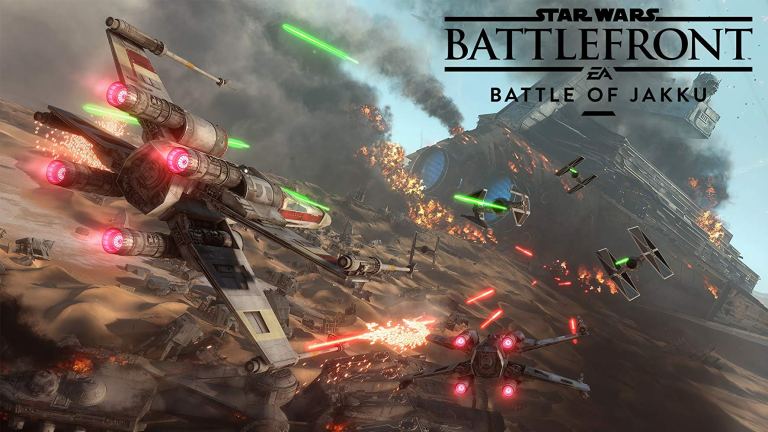 But it’s OK! EA promised they’d learn from their mistakes. Battlefront II would feature a campaign, Clone Wars-era content, and player classes! (Y’know, all that stuff the original Battlefront 2 had back in 2005, without expecting congratulations for it).

Then the beta came out. Oh, dear God, the beta.

Y’see, EA swore off Season Passes for Battlefront II after the uproar over the first game. So how would they make their money? With the most predatory, pay-to-win loot-box system in gaming history, of course!

Battlefront II players could buy gameplay advantages and Hero characters with real-world money. Want to play as Darth Vader in your Star Wars game? One Reddit user calculated it would take you 40 hours of grinding to unlock him. Or you could buy him, of course.

EA’s defence, that the grind gave players a “sense of pride and accomplishment”, became Reddit’s most downvoted post in history.

Battlefront II’s loot boxes were so egregious they sparked political debate; Hawaiian Democrat Chris Lee branded the game a “Star Wars-themed casino” and the Belgian Gaming Commission classed its monetisation as “gambling”. American Congress is considering legislation against loot-boxes partly because of the game.

And then there are the cancelled projects. Around 2015, Visceral Games (of Dead Space fame) started developing a linear, story-driven game set between Episodes IV and V. Led by legendary game director Any Hennig (behind the first 3 Uncharted games) it was a match made in heaven. Right?

The whole studio was shut down on October 17th 2017. The game was too expensive and didn’t fit EA’s ‘live service’ model. It was handed to EA Vancouver to “pivot the design” into a “broader” experience. Vancouver’s open-world project was nowhere near as anticipated as Visceral’s, but fans still looked forward to the first story-driven Star Wars experience in –

So, what are we left with? Jedi: Fallen Order, EA’s next Star Wars game, just unveiled its first gameplay at E3 2019. And it was… fine?

The graphics and voice-acting were solid. Cameron Monaghan pulls a reverse Mark Hamill, transitioning from playing the Joker on Gotham to starring in Star Wars. Plus, the cameo from Forest Whitaker’s Saw Garrera (that nutjob with the funny voice from 2016’s Rogue One) is cool.

But what about the gameplay?

There’s an odd emphasis on platforming (Respawn Entertainment previously developed the wall-running Titanfall games) over combat – and the combat itself is nothing new. Don’t get me wrong, there are cool moments (freezing blaster fire mid-air and force-pulling enemies into your lightsabre) but the 13-minute demo already repeats enemy types, moves and puzzles.

Maybe it’s the limitations of the level being shown (another trailer has you fighting AT-STs and scaling a moving Imperial Walker, Shadow of the Colossus-style) but there’s a distinct lack of wow-factor so far.

“BATTLEFRONT II IN 2019 IS AN EXCELLENT GAME”

Indeed, Battlefront II in 2019 is an excellent game with tons of free DLC, including 4 new heroes, dozens of skins, maps, re-balancing, whole new modes, and new campaign content. Big updates will continue until at least the end of 2019. It’s just a shame it took so long to get here. 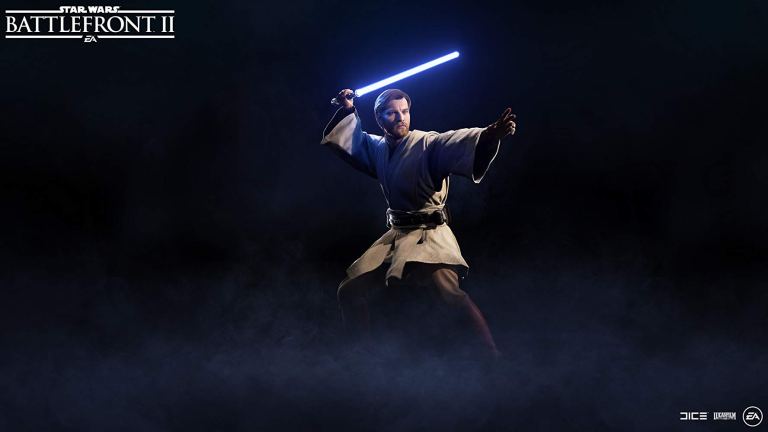 EA sorely needed a big win with Fallen Order, but if after 6 years they’ve only produced two good games amidst a maelstrom of controversy and shady business practices, surely that’s a failure? They’ve wasted the biggest brand in pop-culture for an entire console generation.

Disney, come get your kids back.

Joshua-Ruiz: Joshua’s focus on the future derails his present.

The Struggles of Making a Music Career