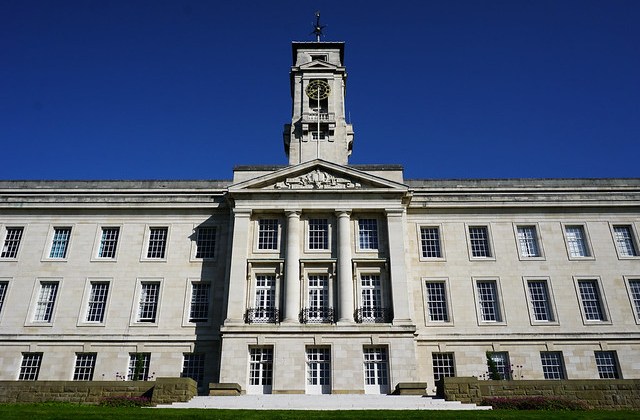 Impact’s Niamh Milliner and Francesca Hadland investigate the events surrounding the repeal of the vote not to affiliate the Pro-Life society with the SU.

Before the end of term, Niamh Milliner was invited, as the incoming president of the English society, to attend the termly Societies Council Meeting. Niamh Milliner reports on the events and mood of the meeting.

The group, ‘Nottingham Students for Life’, wanted to gain affiliation with the SU.

Upon arrival at the lecture theatre, I saw a group of people stood outside the room holding signs saying “the SU supports your right to choose” and “My body my choice”. As I had expected a relatively dry and bureaucratic couple of hours, I was surprised at the passionately distributed leaflets and angry voices.

As the meeting got under way it became clear that the reason for the impassioned protest outside was one of the items on the ballot paper, due to be reviewed during the meeting. We, as the presidents of all societies currently active within the UoN Student Union, were asked to vote. It was explained that the vote was on whether to allow a Pro-Life group to appeal against their (already rejected) proposal to be associated with the SU.

The group, ‘Nottingham Students for Life’, wanted to gain affiliation with the SU. Their request had already been denied by the council representatives, and the group was trying to appeal this decision. Our vote would decide whether the appeal would be permitted. An anonymous source present at the meeting stated –

“I felt uncomfortable having to vote on such a sensitive matter without much warning, but I was relieved to hear the result.”

After a barrage of questions to the group, not about their beliefs but about their intention as an affiliated group, the vote went ahead, and results duly counted and announced. The council had ruled that there would be no affiliation process for students for life.

This week, the SU has announced that they are not going to reject the appeal and affiliate with the group regardless of the vote, following legal intervention by ADF International, a faith based legal organisation on the behalf of the student group. The SU stated –

“Following an internal review relating to the affiliation of societies, gaps were found in our procedures and processes and we are taking immediate action to resolve and improve these. Following this review, Nottingham Students for Life has now been affiliated as a Students’ Union society.”

The SU’s decision has caused them some backlash, with many voicing their discontent at the repeal. One student Impact spoke to described the decision as “spineless” while another felt that this showed “that they [The SU] do not represent us, nor do they have our best interests at heart”.

However, others took to the society’s Facebook page to express their agreement and ‘pride’ at the decision, as Nottingham Students for Life themselves wrote –

“Our affiliation is a victory for freedom of speech, not just here at the University of Nottingham, but for all University campuses.”

A petition on change.org was shared soon after the announcement, which was later spammed with signatures containing lewd and hateful messages, in an attempt to invalidate the petition, though a second was released soon after. Francesca Hadland interviewed the petitions’ creator, Vinnie F, to share his side.

“…the message is clear: we will not tolerate undemocratic practices at UoN.”

Francesca Hadland: What motivated you to set up the petition?

Vinnie F: I set-up the petition because I do not think the SU’s actions, in directly bypassing the Societies Council just because of a simple legal threat, is right at all. By letting this kind of practice slide is a slippery slope. Having been a Society President last year, it makes the entire Council obsolete if it can be overridden and then brushed under the carpet so simply with such a simple and inadequate statement.

FH: How do you feel about the first petition being taken down?

VF: The first petition was attacked by over 16,000 spam signatures making vile remarks which (due to Change.org layout) were able to be viewed publicly. This is a disgusting attempt at censoring our cause, when all we want is democracy and a right to have our voices heard. It is a shameful day when simple calls for democracy are answered with such hate; whoever is responsible should be ashamed.

“I personally do not think the SU will take action, but I want to send a clear message that it will not be tolerated”

FH: How do you feel the way the uni has acted? And what can they do to rectify the situation?

VF: The Students’ Union response on the 22nd July 2019 was sub-par, and was a clear example of the SU trying to brush the situation under the carpet. To rectify the situation a second, final, free and unfettered vote needs to be called on the future of NSFL’s place in the Union. I believe that the SU should respect democracy. By calling a second, final vote, it allows the NSFL to be subject to the affiliation process just like the 200+ affiliated societies of the Union, and if they pass, they get democratic legitimacy, if they fail, they do not get affiliated.

VF: I am overwhelmed with the amount of support the petition has received in the past day, and the overarching message is clear: we will not tolerate undemocratic practices at UoN. I personally do not think the SU will take action, but I want to send a clear message that it will not be tolerated, in a hope to make the SU think twice about overriding democratic procedures laid out in the bye laws.

Francesca also interviewed Julia Rynkiewicz of the Nottingham Students for Life society for her thoughts on becoming a recognised SU society.

“The university has a legal obligation to respect our beliefs…”

Francesca Hadland: How does NSFL feel in the wake of the university’s decision to affiliate with your society?

Julia Rynkiewicz: We were delighted with the outcome and the university’s response. It is regrettable that it was only with the threat of legal action, but we feel what the university did was just. People are welcome to petition against the decision, that is fully in their rights, but they can’t change how the way we were treated was discriminatory. The university has a legal obligation to respect our beliefs, they don’t have to agree with them, and as such the decision to affiliate us was fair. I truly hope they review and change the process for affiliation at the university following this incident.

What do you think? Let us know – Impact encourages discussion, but please always be respectful of each other, and each other’s views. Below are a list of services which provide support for those who have been affected by topics related to those subjects detailed in this article:

Featured image courtesy of Shamraze/Nuhaize via Flickr. No changes were made to this image. Image license found here.