The Fridays For Future movement asks the question

“Why spend a lot of effort to become educated when our governments are not listening to the educated?”

The request of the movement is simple; for people to strike in front of their nearest town hall every Friday with a sign. Then, spread the word via social media using the hashtags #ClimateStrike and #FridaysForFuture to further raise awareness.

Climate change activists called upon politicians to make Climate change the number one priority and cut emissions with speakers from Extinction Rebellion to the Green Party. 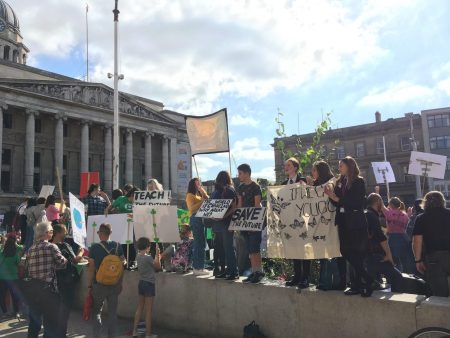 Schoolchildren turned out in the masses, holding signs reading “Don’t Leave it to the Kids” and “There’s No Planet B”.

The significance of today’s Climate strike is the sheer scale, with millions taking part in cities across the World. Notably, in New York, where Greta Thunberg is due to speak, around 1.1 million children were allowed to miss school to join the strike.

Such a global day of Climate action has been co-ordinated ahead of the UN Climate Action Summit on Monday.